Google to Reverse Its Crypto Ad Ban in October

Alex Dovbnya
Google’s clampdown on crypto ads is coming to an end. The ech behemoth will let regulatory compliant exchanges use its platform for promotion purposes 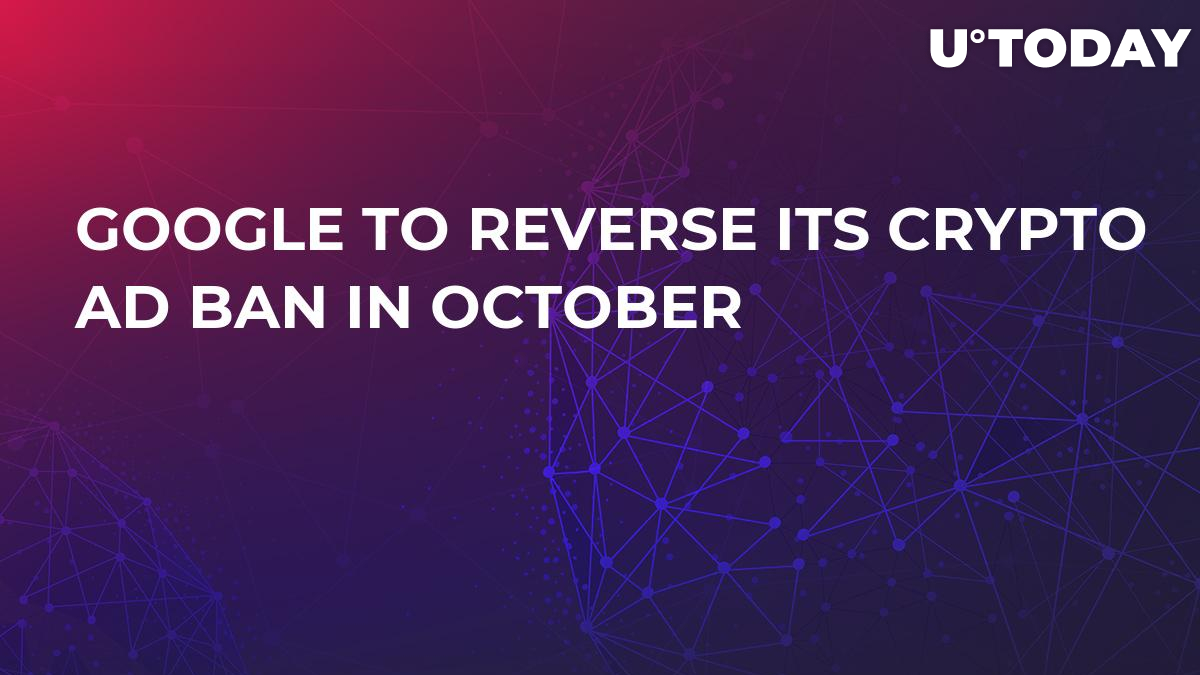 Google’s clampdown on cryptocurrency ads is coming to an end as early as October, CNBC broke the news. The report states that the tech behemoth will let regulatory compliant exchanges use its platform for promotion purposes all over the globe. However, in order to buy ads in the US and Japan, the two major crypto markets, they need to get a special certificate.

As U.Today reported earlier, Facebook made a similar U-turn on cryptocurrency ads back in June. Back in July, Google also whitelisted the San Francisco based fiat-to-crypto exchange Coinbase.

Google banned all crypto ads in March in order to protect its customers from potential harm. Meanwhile, its parent company Alphabet has already raked in more than $54 bln in ad revenue in 2018.