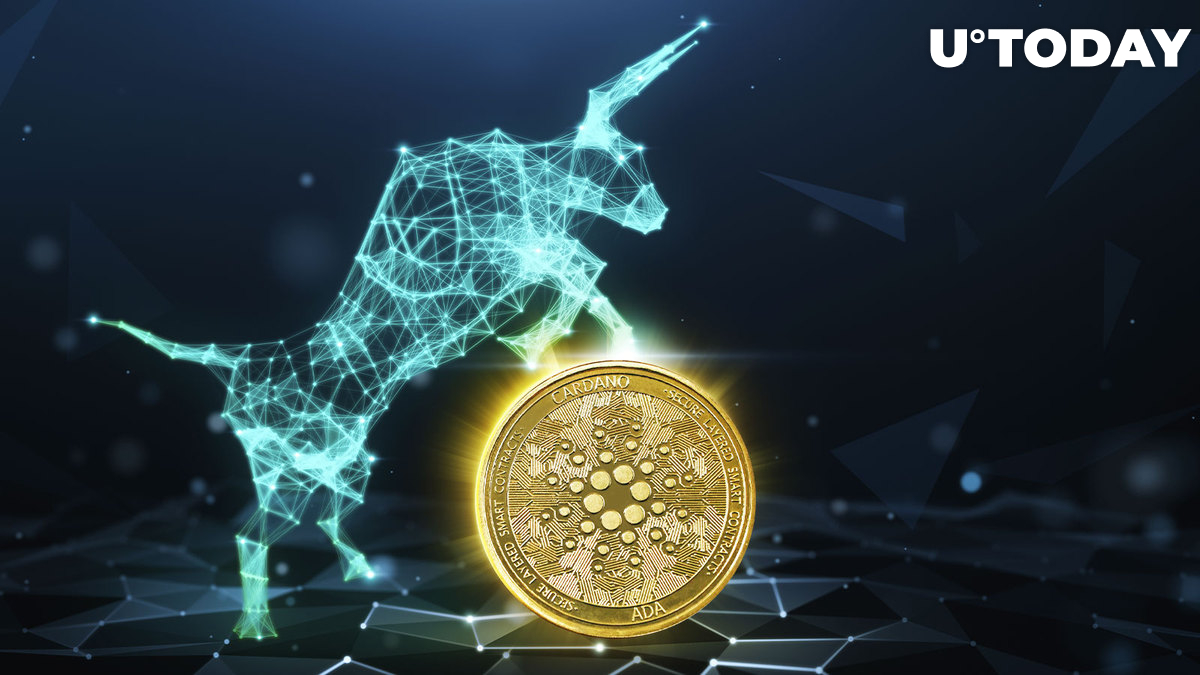 Cardano-focused Twitter account, Cardano Whale, predicts that Cardano might have its "Ethereum moment" in the next bull run. Explaining what he meant, ADA whale recalls when Cardano became the third largest cryptocurrency by market capitalization in the past year, while Ethereum ranked second.

A likely scenario in my mind is that Cardano will have its Ethereum moment next bull run (what it tried to do last one as it pumped to 3rd, but alas too early), with DeFi, NFTs and community activity exploding. Will solidify my view that there are no VC prefab shortcuts in crypto

Cardano Whale noted that the run-up then was quite early as Cardano did not have the "components" it has currently.

The Cardano enthusiast envisages a repeat of this same scenario with DeFi, NFTs and community activity exploding. He notes that a vacuum will ultimately be created for Cardano to thrive in the next bull run.

In the months leading up to the September 2021 Alonzo upgrade, ADA prices rallied more than 1,800%, outperforming Bitcoin and Ethereum in terms of gains. Subsequently, it rose to become the third-largest cryptocurrency in terms of market capitalization.

Precisely in August 2021, Cardano reached a market capitalization of $78 billion while it traded above the $2.50 mark. Due to the current bear market, ADA has lost much of this value. ADA ranks as the eighth largest cryptocurrency with a market valuation of $11.9 billion, as it trades significantly lower from its all-time high at a current price of $0.34.

Cardano's potential to flip Ethereum someday is believed by some. As reported by U.Today, YouTuber Ben Armstrong (BitBoy) caused a stir on Twitter after predicting that Cardano would end up surpassing Ethereum in terms of market capitalization.

According to Stocktwits NFTs Data, Cardano NFTs have set a new record in 24-hour volumes with 4.4 million ADA reached. Notably, NFT volumes are up 328% from the past weekend.

As previously covered by U.Today, the Cardano NFT project, the Ape Society, hit 10,000 ADA in its floor price, which refers to the cheapest NFT in the collection. Now Stocktwits NFTs reports that the floor price for Ape Society is up 67%, while that of Cabins is up 102%, as it recorded $515,513 in volume in the last 24 hours.