Denys Serhiichuk
When will Bitcoin (BTC) show the same growth as the altcoins? 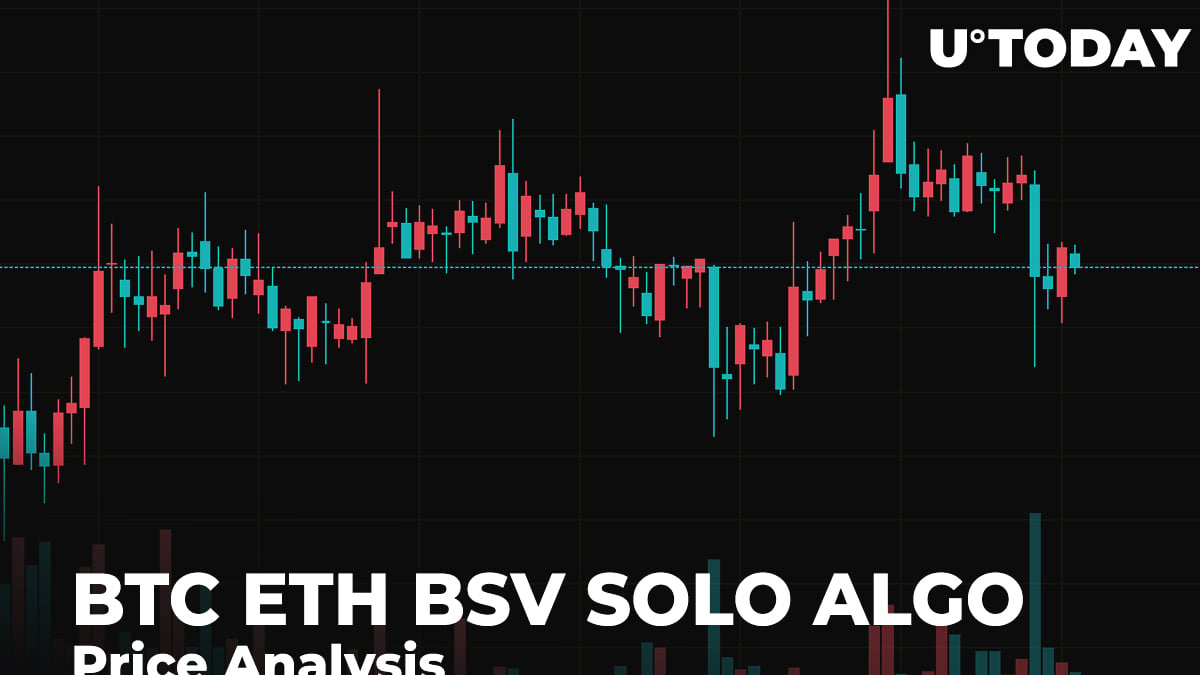 The cryptocurrency market has finished its correction and is ready to update the previous peaks. At the moment, all Top 10 coins are in the green zone, while the top gainer is Ethereum (ETH)—whose rate has increased by 7.63% over the past 24 hours.

During the day yesterday, the market was quite thin, and the price of Bitcoin (BTC) consolidated in the area of ​​average prices. The pair was kept from falling by the 50% Fibo level ($11,394).

Late in the evening, buyers were able to break through the two-hour EMA55 and test the level of $11,800.00. Such growth has not yet been supported by large volumes but, if today, in the European session, buyers are inspired to pursue a new bullish wave, then the price could overcome the $12,000 mark and renew the annual maximum in the area of ​​$12,400.

If sellers start pouring in large volumes around the $12,000 mark, the BTC price will return to the average price area.

When it comes to long-term predictions, Bob Ras, the co-creator of Sologenic, believes that Bitcoin could reach $25,000 by the end of 2021:

While there is some valid criticism about Bitcoin networks being slow, I always see Bitcoin as the big bang! Everything has started from Bitcoin; I believe more people will be investing in Bitcoin within the next few decades. Therefore I predict Bitcoin price can reach easily to $25K by the end of 2021. It’s worth noting that the crypto space can never grow only with BTC, and the industry needs all the legitimate altcoins for global mass adoption.

The Ethereum (ETH) price was trading sideways yesterday with support at the 2H EMA55. At some point, sellers managed to pierce this support level, but buyers did not give up their attempts to break through the resistance of $400.

Late at night, they formed a bullish momentum and broke into the zone of a new annual high, setting it around the $430 mark. Today the growth may continue, and the next maximum will be located at $480. Strong bullish momentum could test the psychological $500 mark. In this case, there is a high probability of a deep rollback to the initial level of $400.

Even though the rate of Bitcoin SV (BSV) has risen by more than 3% over the last day, its short-term forecast is bearish.

On the daily chart, Bitcoin SV (BSV) is trying to grow after a bounce off the support at $200. However, the ongoing rise is not supported by the trading volume, which means that there is little likelihood of a continued bullish trend. Besides, the bearish divergence has been formed on the RSI indicator that considers the possible correction. If that happens, bears may get the price of the altcoin to $197 shortly.

Sologenic (SOLO) is another gainer from our list. The rate of the coin has increased by 3.24% over the previous 24 hours, while the rate has been almost unchanged over the last 7 days.

According to the daily time frame, Sologenic (SOLO) has successfully bounced off the support at the zone around $0.50. The altcoin is unlikely to set new peaks as the trading volume is at its lowest level, along with the liquidity. On the other hand, Sologenic (SOLO) has formed a bullish divergence on the Relative Strength Index indicator, which means that a short-term rise may happen. At the moment, the more likely price action is a false breakout of the $0.65 mark where bears might seize the initiative again. If buyers fix above this level, the long-term growth will continue.

Algorand (ALGO) is the top gainer from our list as the altcoin has rocketed by 30% within just the last 24 hours.

On the 4H chart, ALGO may face a correction as the buying trading volume is going down slightly. Thus, the liquidity level is also low. To continue the bullish trend, the altcoin should gain more power, declining to the closest support zone at $0.6203. If bulls bounce it off, the bullish trend will continue.