Vaido Veek
Bitcoin made a bearish breakout, NEO is between the two important trendlines, NEM looks good compared to other altcoins 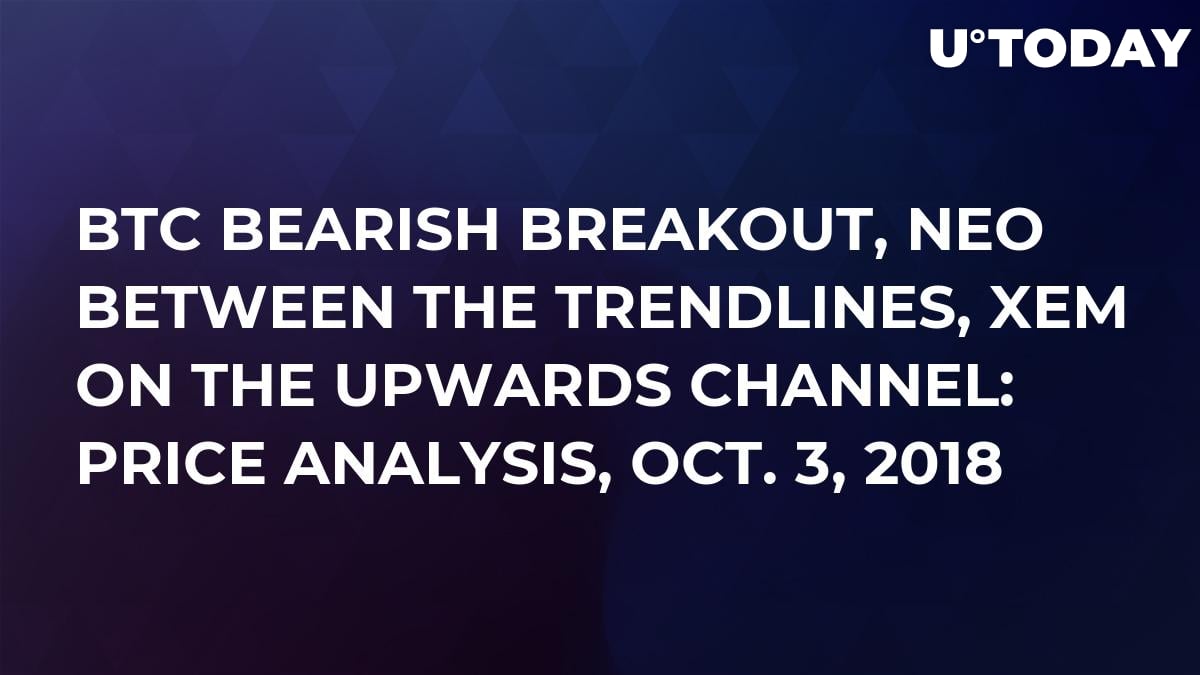 Bitcoin made a breakout downwards from the triangle

Yesterday we got a breakout from the triangle. It was enough that the four-hour candle closes below the trendline, below the EMA's and the movement downwards be able to continue. This was almost a perfect breakout trade, we got a candle close below the triangle trendline. In the one-hour time frame, BTC price made a retest and bounce-back after it touched the breakout area. 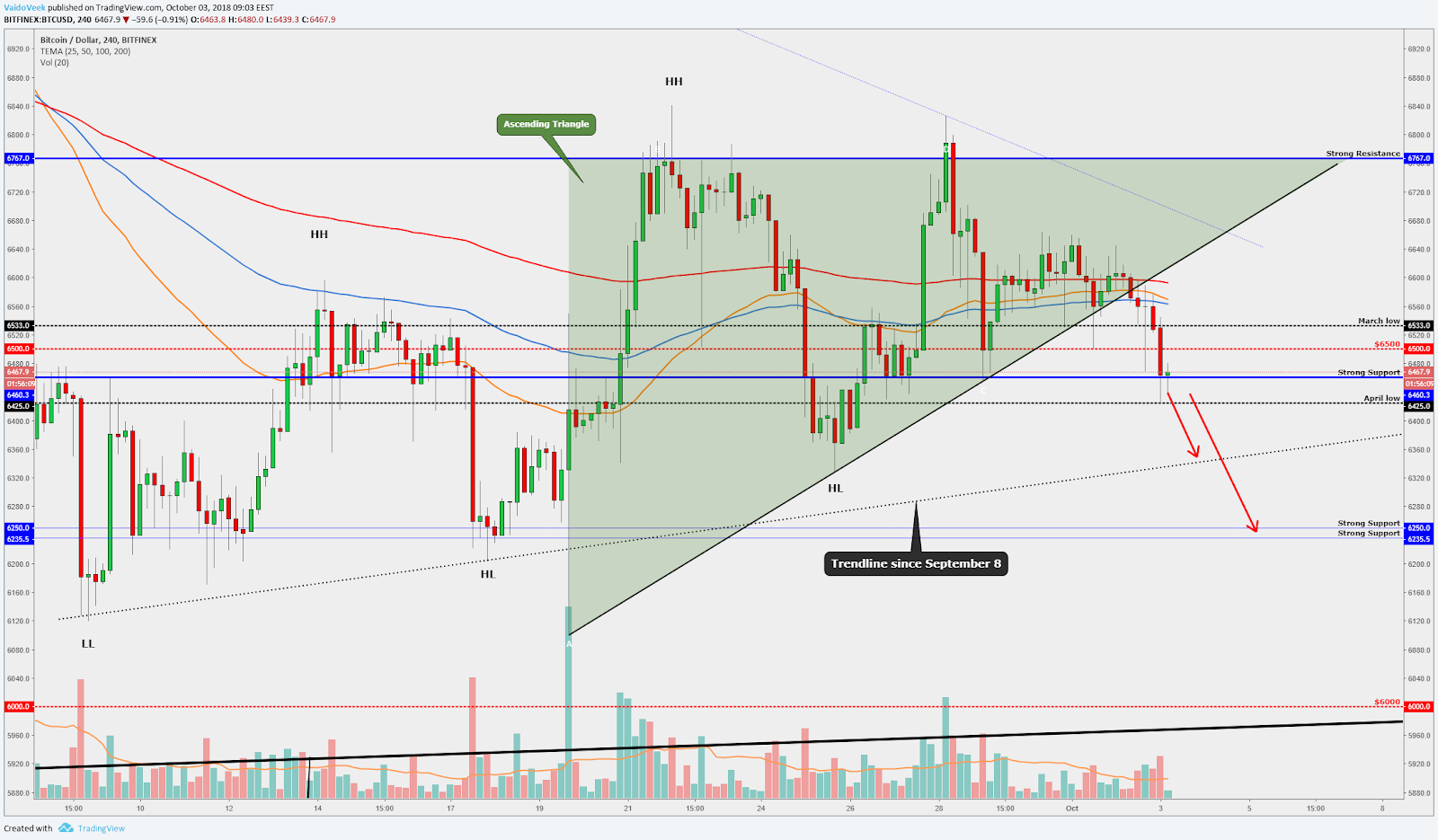 The daily candle close was above the $6,500, but currently, on the four-hour chart we have a close below the round number, and the price is again on the strong support area (blue line). Last week this area played a significant role when we discovered the "Inverted Head & Shoulders" pattern, and again we are 'hanging' above $6,460, and the bulls hope that the strong support level holds the price. If it breaks (four-hour candle close below the line), then it will probably mean that the bearish momentum will continue and the next stop is around $6,330-$6,350. There is currently the major counter trendline since Sept. 8. If we fall even lower, there are two strong support lines which will stop the price. To stay on the market is a bit risky because we don't know how strong this bearish momentum could be. However, the breakout from the triangle and candlesticks layout indicates that we might see another leg downwards (confirmation is the candle close below the blue line at $6,460).

NEO (NEO/USD) is between the triangle trendlines

NEO has been respecting both triangle trendlines. Recently, it tried to break above the upper trendline which works as a resistance but didn't manage to push through from there. There were several attempts to break through the bottom trendline which is also the major counter-trendline (it works as a support), but this level has held us pretty nicely. 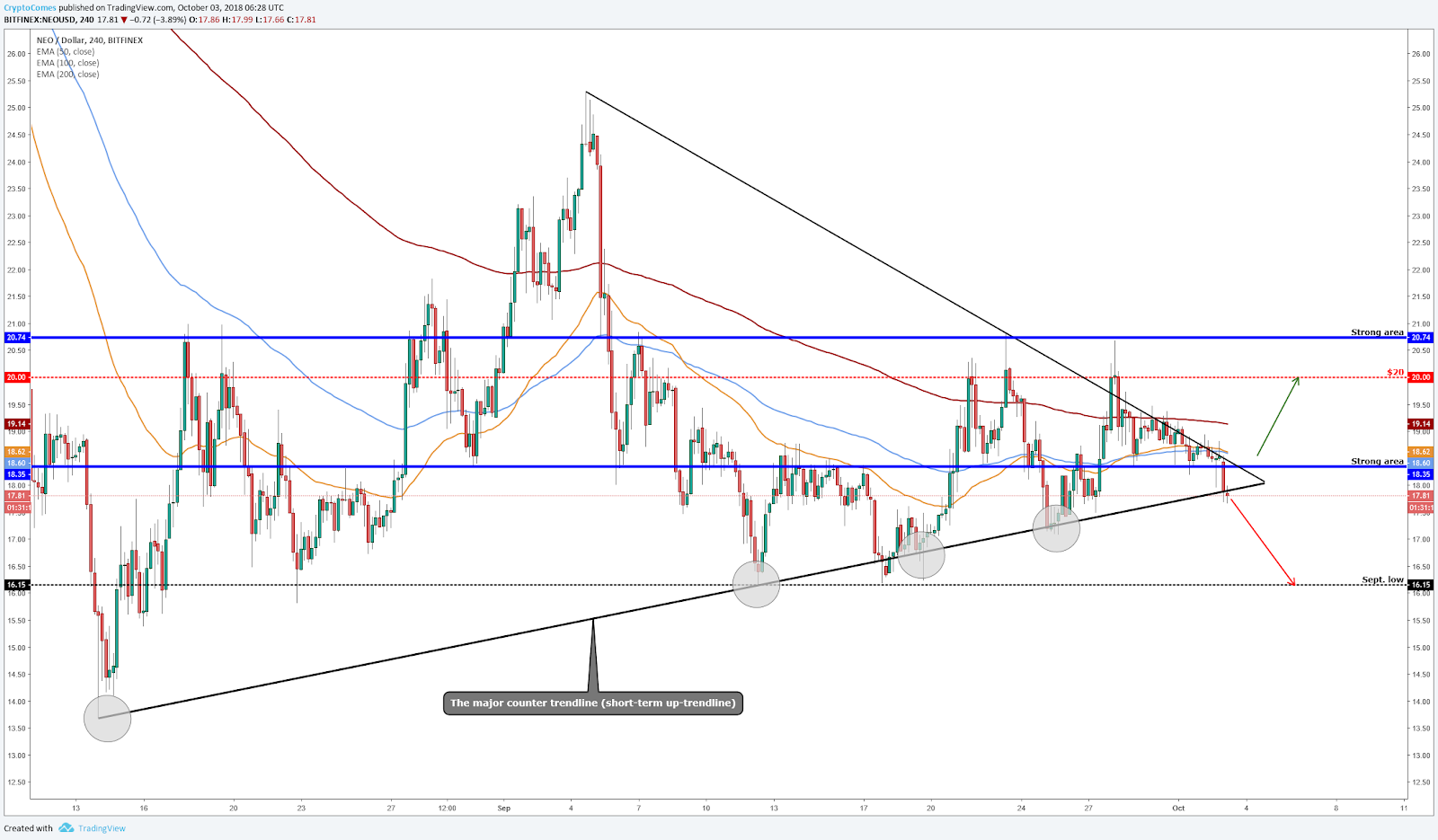 Currently, as BTC breaks through the round number area, NEO breaks below the strong support area, which has been historically a good support and resistance level. Now, NEO price is on the on the edge, at the moment this is our last support before the September low level at $16.15. If NEO price drops below that strong trendline, then the next critical zone is the September low where we have to watch what BTC does. So, currently, if BTC drops below the $6,469, then NEO drops below the major counter trendline (counter, because the overall trend is down).

1. This trendline has to hold the price

2. We have to break above the strong area (blue line)

3. We have to break above the triangle upper trendline (trendline and the blue line makes a crossing area so, this level is very hard to beat).

If it happens, then the first target would be the round number $20 and the strong area at $20.7

NEM (XEM/USD) is technically good compared to other alts

Currently, NEM is trading on the channel. It has been respecting those channel trendlines, and it has made pretty good profit opportunities. (after we mentioned that XEM will explode, it made a 27 percent gain) 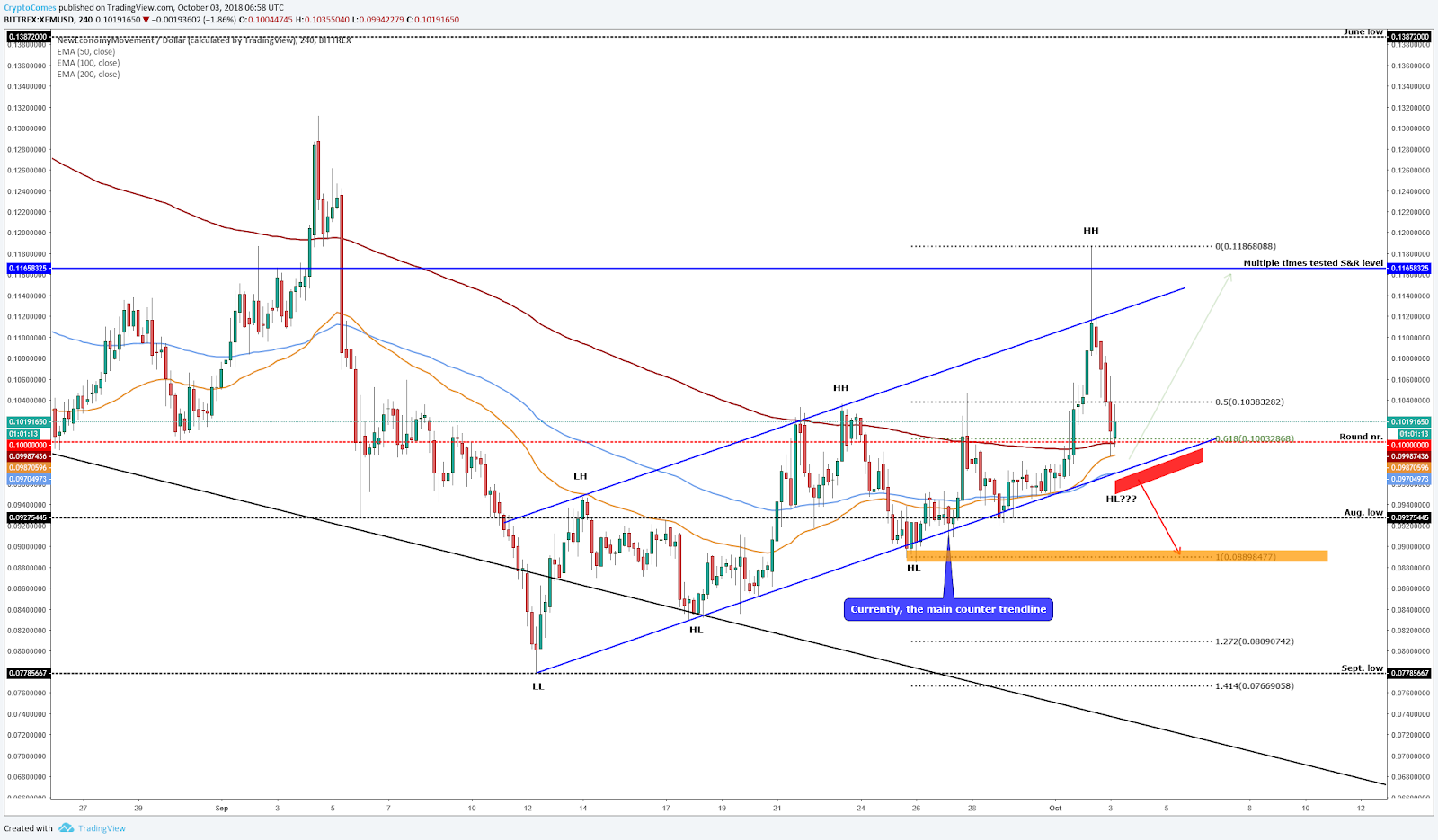 After BTC broke out from the triangle downwards, XEM has also come down pretty quickly but it is still on the channel, and it has an opportunity to make the higher low. At the moment, the price is a very strong support area, support criteria:

3. The Fibonacci golden ratio 62 percent matching with the criteria mentioned above

4. Plus if we drop just a little bit lower, then there is the 50 & 100 EMA's and the channel bottom trendline

So, currently, we think that if we see a break and close below the round number, then it's the first sign that NEM might go downwards, and the full bearish confirmation would be when we see a candle close below the trendline.

If BTC finds the support from the current level at $6,460, then NEM has technically a very good platform to go higher levels, but it all depends on what Bitcoin does.