Bitcoin’s Price Bottoming Out But Big Prospect for Volatility Traders

Darryn Pollock
While the price of Bitcoin may be causing fear and panic, it is an open invitation to traders who thrive on volatility to return 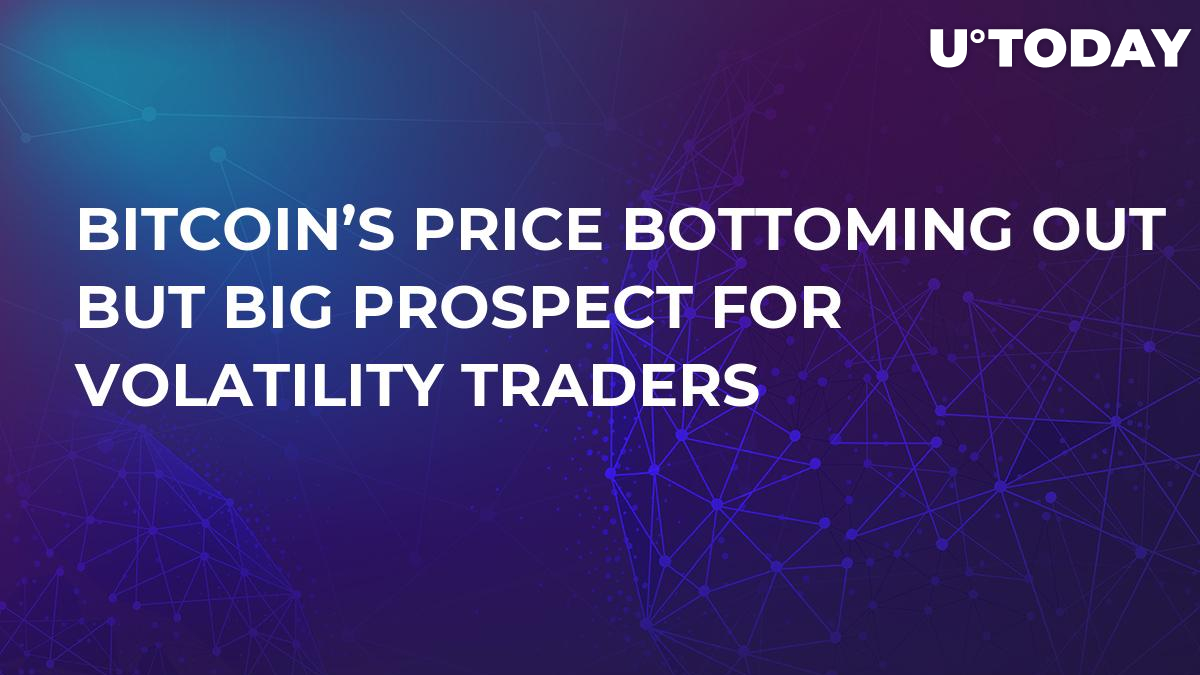 There is no doubting that the most recent price tumble in Bitcoin and related cryptocurrencies from November 15 has caused a bit of fear and panic across the investing market. Those who were looking for their crypto investments to go back up were left shocked, but for traders, there is a glimmer of hope.

Prior to the near 40 percent collapse in the price of Bitcoin, which saw it go from over $6,000 to under $4,000 in two weeks, there was a long bout of near static price volatility. The traditionally wild price swings of Bitcoin abated for some time, which saw a big drop in trading volume.

Traders who had been thriving on the volatile price movements of Bitcoin were suddenly left bored and uninterested as traditional, major stocks like Apple were shook up more violently on a daily basis than the steady cryptocurrency price.

However, the price drop has seen a massive return of volatility for both Bitcoin, and a number of other altcoins — which are trading places in regards to market cap on a regular basis. The price may be falling and causing fear and panic, but there is an increase in trading volume and a bit more excitement for day traders.

Bitcoin broke from its nearly parallel price movement, which began on September 6, on the same day that Bitcoin Cash began its controversial hard fork. Thursday, November 15 saw the price of Bitcoin drop dramatically form $6,200 to 5,400 — nearly a low for the year. It held steady for a few days before losing another $1,000.

During this period of tumbling prices, Bitcoin has gone as low as $3,600, representing a huge loss in gains. However, in between this dropping price, there has been some up and down volatility that has not been seen for some time.

A chance to cash in

The traditional cryptocurrency investor is either one that trades on the daily, or is in it for the long run — known as Hodlers. Of course, for those who bought in at a time when Bitcoin was going up and topping out at $20,000 in the hope of being a Hodler, this drop in value has been gut-wrenching.

But, for the traders who are looking for quick trades and vast price movements, there is a big chance to play the market and get some quick gains. While the overall trajectory has been downwards, there has also been instances where the price of Bitcoin has rebounded significantly.

In the last few days alone, Bitcoin has gone from $4,200 to its lowest mark in 12 months, but it has also shot back up by almost $700, representing good chances for traders to make quick money.

A boost in trading volume

The trading numbers of Bitcoin have been hovering over $8 bln this past week, and this compares to times of low volatility where the volume was hovering below $4 bln.