Bitcoin SV Price Spiked Up By 95% Again! Reasons And Perspectives Of BSV Discussed By Twitter Users

Vera Yurina
BSV makes a 95% spike, but what is the reason for it, and how it will behave next? Check out Twitter posts with interesting opinions and predictions 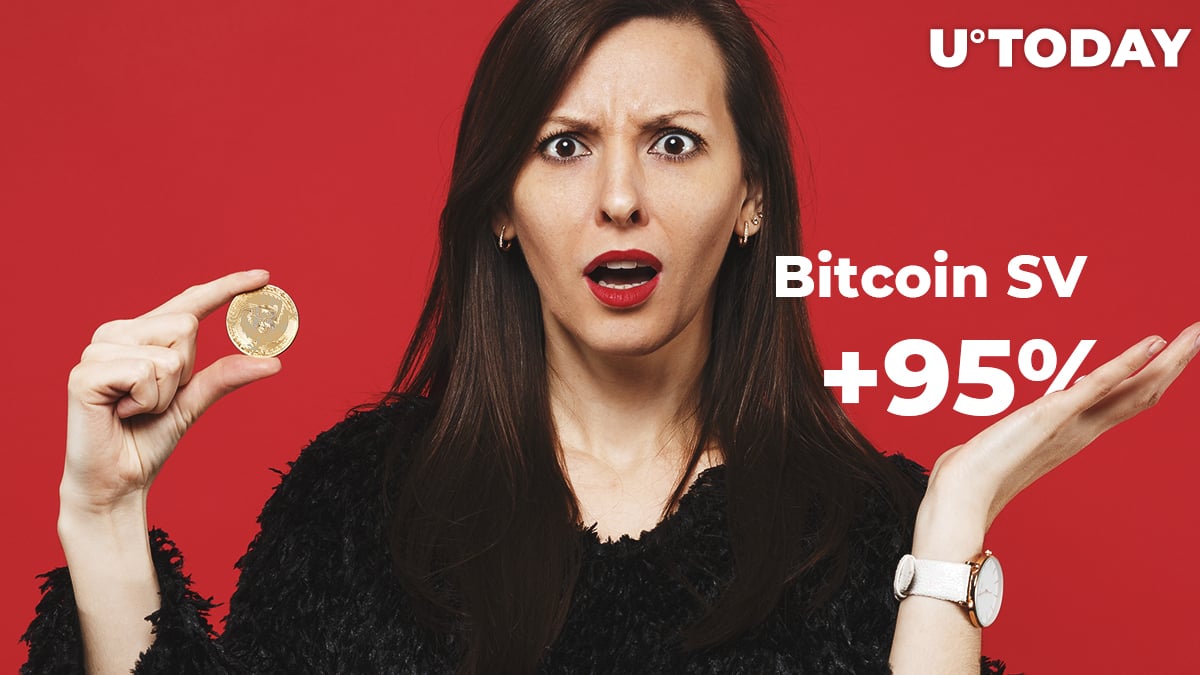 Bitcoin SV (BSV) has made a jump again! This time, it also decreased by 95% beating all records in its history. The crypto community is raving about the spike and yet wondering: what might happen next? Is there’s a chance for the third breakout? Find out what Twitter users think about it: read the reasons for such an enormous rise and BSV price predictions.

Reasons for the spike

So, what exactly pushed BSV to such an enormous height? Some users think it was the previous double bottom:

the only thing that made BSV climb, was the double bottom in the graphic, took all the buyers stop, graphic background, normal running, is already in correction, should return to where is the red arrow in the next days. pic.twitter.com/AToMzPFfdj

Indeed, the crash before rise was an epic one, and nobody would predict that BSV can recover so quickly and even get higher. The Binance delisting was fake news, which only added up to the hype around Bitcoin SV.What we saw was a clear price manipulation.

Ironically, it made some people say Bitcoin SV is absolutely not worth anything. The words below express the opinion of many Bitcoin-only fans.

WHile it may be the exchange(s) it just about sums up BSV. Scam. From the coin to those behind it doing their best to mess up the image of crypto with their (I am Satoshi BS).Why am I not surprised this happened?

They had to change their opinion in a few hours, though haters gonna hate:

Coinbase is doing you a service by not listing it, trust me. It's a scam and you will lose every penny you put into #BSV.

Bitcoin SV started drawing the attention of traders, and here and there, people started comparing it with Ethereum saying that the last one will be erased by BSV.

Here’s one more interesting suggestion about the future of Bitcoin SV and its possibilities:

If BSV ever achieves 800 transaction per second - i'll sell every Crypto asset I own and buy BSV.

Honestly tho - it'll probably never hit 300 transactions per sec. but lets see who wins out! ✅ every coin will moon in Q1 2020 so who cares !

Of course, retracement after such a legendary spike is natural and more than predictable:

The main advice now is to sell BSV to make the profit, because the dump might be violent.

If you have not yet sold your BSV shitcoins for BTC since the fork, this is the second best moment to do so, because this thing will come back down hard. pic.twitter.com/dU7r30pvmG

Seems like the current bull market is a lucky period for alts, especially Bitcoin forks. Look at the statistics:

It’s high time to sell your BSV because another spike might not happen. This time, it could have been the result of market manipulation and hype.