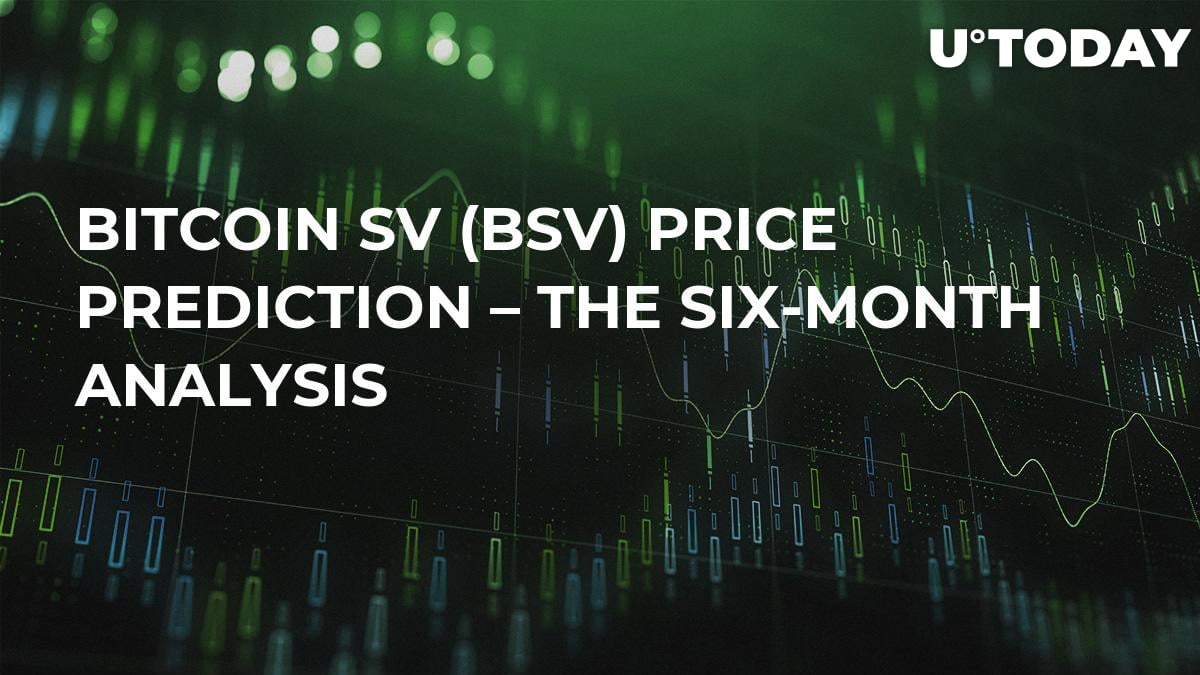 Bitcoin SV is the result of a hard fork that occurred in November 2018, when Bitcoin Cash split into Bitcoin Cash ABC and Bitcoin Cash SV. The abbreviation SV stands for Satoshi’s Vision and, according to the coin’s proponents, its vision is to restore the original intent and design of the Bitcoin protocol. The problem with this view is that BTC is flawed, that’s why it forced an upgrade and caused the initial fork into Bitcoin Cash and Bitcoin, so why would anyone want to use it?

Owners who held Bitcoin Cash in a wallet that supported the fork received equal amounts of Bitcoin Cash SV and Bitcoin Cash ABC when BCH split. Confusion regarding the name of the two new coins or which one was the true Bitcoin Cash abound in the wake of the fork, there is still some discrepancy in the listing of the altcoins with “Bitcoin” in their name.

Currently, Bitcoin SV (BSV) is trading at $71 and seems to have lost the battle for the title of “true Bitcoin Cash”. Regardless, the BSV team consider their coin as the true Bitcoin, one that fully represents Satoshi Nakamoto’s vision, for whatever that’s worth.

Bitcoin SV is currently just outside the top 10 according to market cap. At number 11 with a total circulating supply worth $1,265,673,101, it could easily enter the top-ten if only users would begin to use it. It has had a choppy ride since its inception but lately, it has been showing minor bullish signs along with the broader cryptocurrency market. 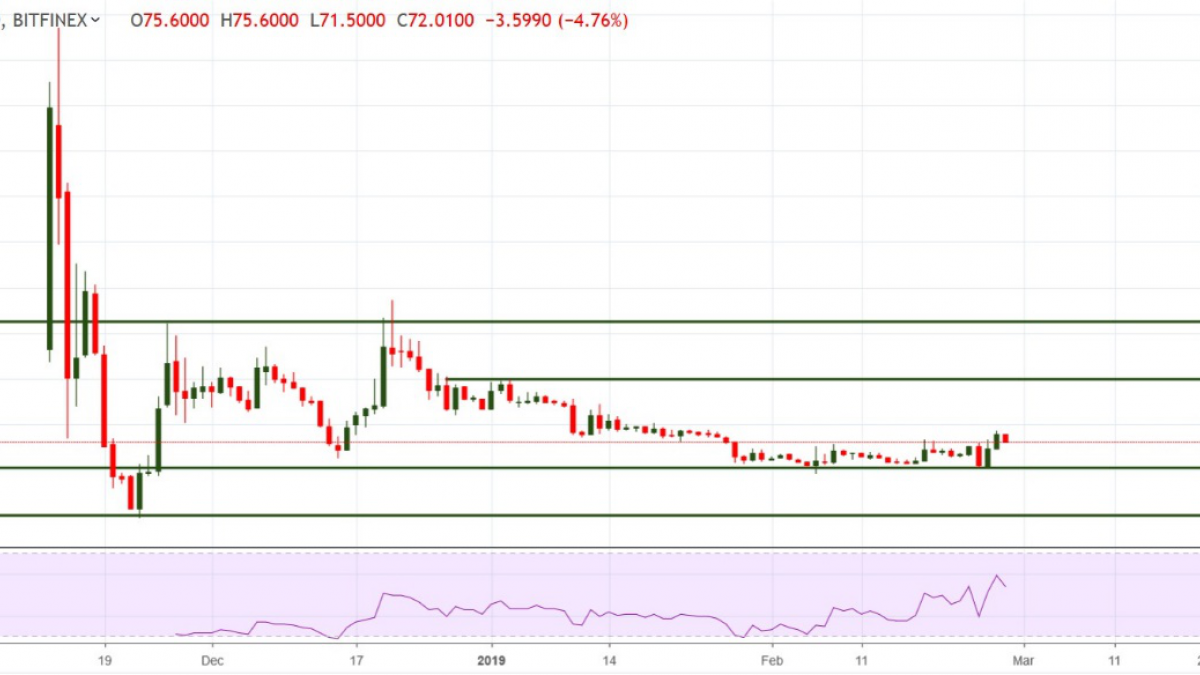 Long-term support is near $40 and the all-time low. Nearer-term support is near the $60 level with newer support developing along the 30-day exponential moving average. There is resistance at the $75 level but, once that is broken, a move to $100 is likely. Higher than that will depend on the development team and their marketing skills, can they make the cryptocurrency market believe they are the best choice? 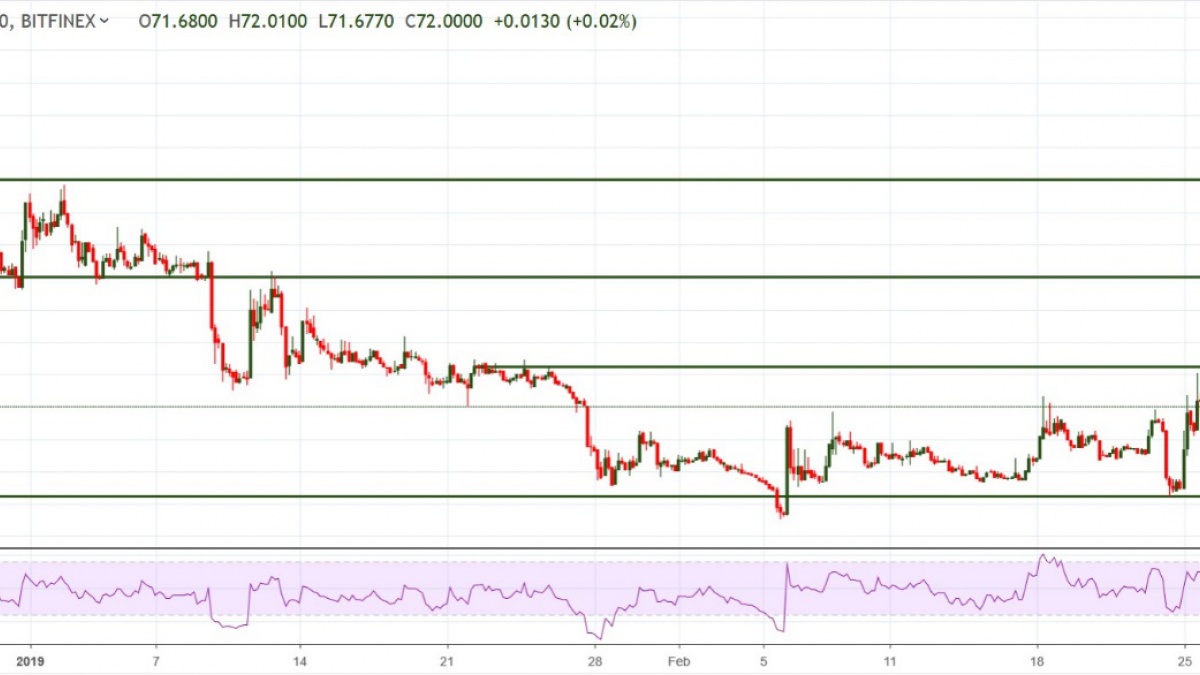 From a lower timeframe perspective (4-hour chart), the coin is in a downtrend that seems to be running out of steam. It failed several times to break support and is now it is printing a higher high. The high met resistance just above $75 where the token is currently consolidating. If this resistance level can be broken relatively soon, it’s very likely to see a full price-reversal.

Because BSV is such an altcoin it’s less likely that it will lead the market higher. In other words, if the cryptocurrency market reverses and turns bullish like it looks like it is doing there’s a high chance that BSV recovers with it. That being said I don’t see BSV breaking above $100 in the next 3 to 6 months without a major catalyst of its own.

Most likely scenario: choppy price action unless fundamental reasons intervene; a break of $77 resistance could spur a move into $88 and possibly $100

Alternate scenario: the coin erases all gains and breaks down below $60