Jack Thomas
??Bitcoin crossed the mystical $6,000 mark for a brief spell, only to fall back quickly under that resistance – why did it get there, and then fall back? 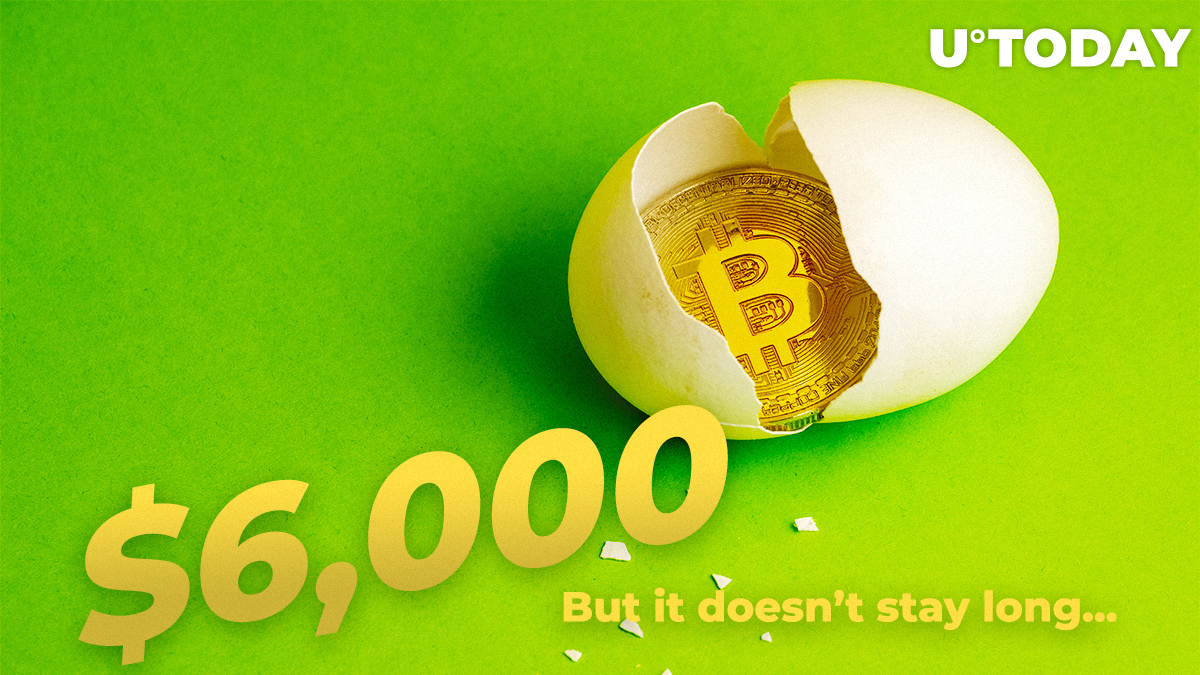 The major cryptocurrency, Bitcoin, has been slowly creeping its way up in value through 2019 with it crossing a critical milestone yesterday – $6,000. The price of the coin did not, however, stay there very long as it fell back into the $5,900 territory.

Still, it is an important milestone for Bitcoin to cross that boundary, and there needs to be an examination as to why it did so, but equally important is to examine why the coin was not able to stay above this psychological resistance point.

A time for positivity

Bitcoin rose around 5 percent in a 24 hour trading period to reach highs of $6,028 per Binance exchange. This comes off the back of general positive sentiment through the crypto world in what is being called crypto spring, as well as just before Blockchain Week NYC and the CoinDesk Consensus 2019 event.

Consensus, over the years, has been an effective tool in getting movement in the market with years gone by almost always seeing a rise in the price of Bitcoin before the conference kicks off. The major conference is a good platform for positivity and futuristic wonderings for the technology.

The price of the coin, however, did not stay long above $6,000 on this news, and in fact, some bad news has entered the arena which may have played a part in the small fall back into the $5,000 range.

Binance has become somewhat untouchable in the cryptocurrency space as the exchange has been on a tearaway in terms of all things good. However, it was announced that 7,000 BTC – around $40 million – was stolen from their hot wallets.

This is a big blow for the general cryptocurrency market as Binance is the leader in exchanges, and it is concerning that not even they are free from attacks and hacks.

However, the overall positivity, and the way in which the hack was handled, has not done much damage whatsoever to the market prices with BTC trading at just under $5,900.

This movement in the markets following the relatively small Binance hack seems quite similar to what happened just last week when Tether and Bitfinex were dragged over the coals for their own misdealings. That news also shook the market slightly, but then it went on to rebound and climb even higher.