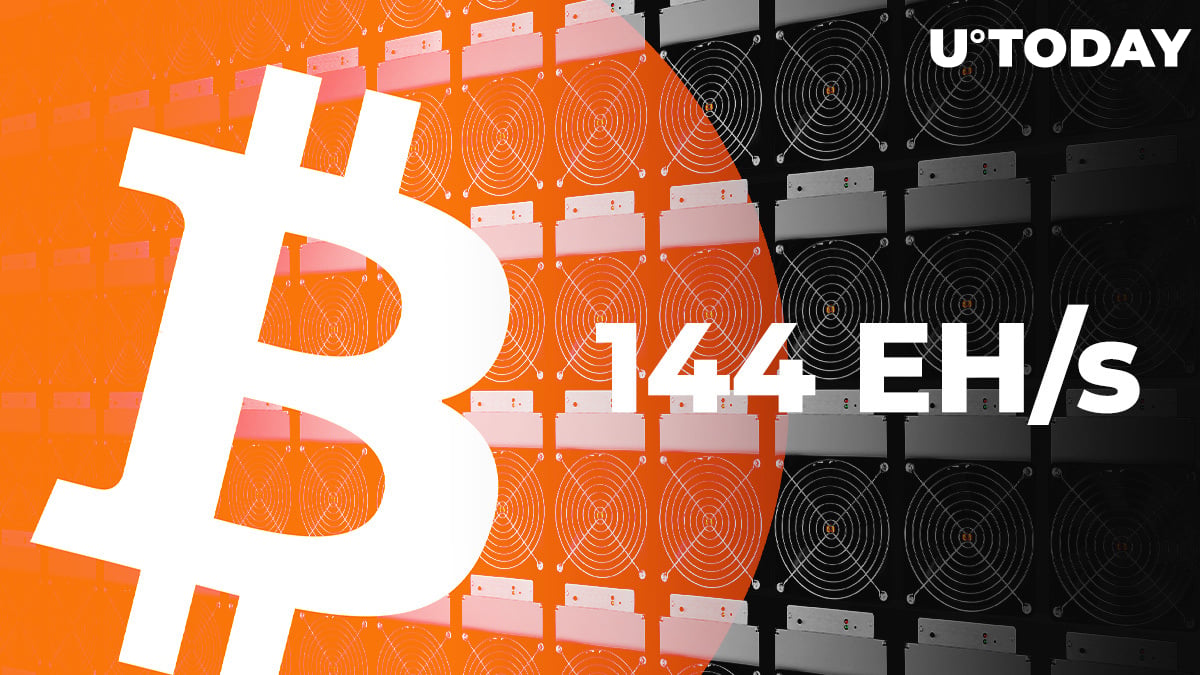 Bitcoin's hashrate ramped up to a fresh new record of 144 EH/s on Oct. 14, CoinMetrics data shows.

It has now surpassed the previous lifetime high of 143.1 EH/s that was recorded last month.

The new record means that Bitcoin has reached its peak level of security, given that it is now more challenging to carry out a 51 percent attack that could allow malicious actors to take control of the network.

It is now up over 60 percent from the 2020 low of 90.2 EH/s that was reached in late May after the quadrennial reward cut.

According to BTC.com data, the difficulty is expected to undergo a positive adjustment of 1.33 percent in three days after dipping to 0.09 percent on Oct. 4.

Bitcoin mining machines released in 2020 are significantly more efficient and cheaper than their predecessors.

In June, Bitmain tore the lid off of its latest-generation ASIC miner, Antminer T19, which is capable of processing up to 84 TH/s. It became available the following month for $1,750. For comparison, Bitmain's Antminer S17—which was shipped last December—set its buyers back $2,800 despite offering less computational power.

However, high-powered ASICs are barely generating any profits right now, with Antminer S19 Pro only bringing a minuscule $0.73.