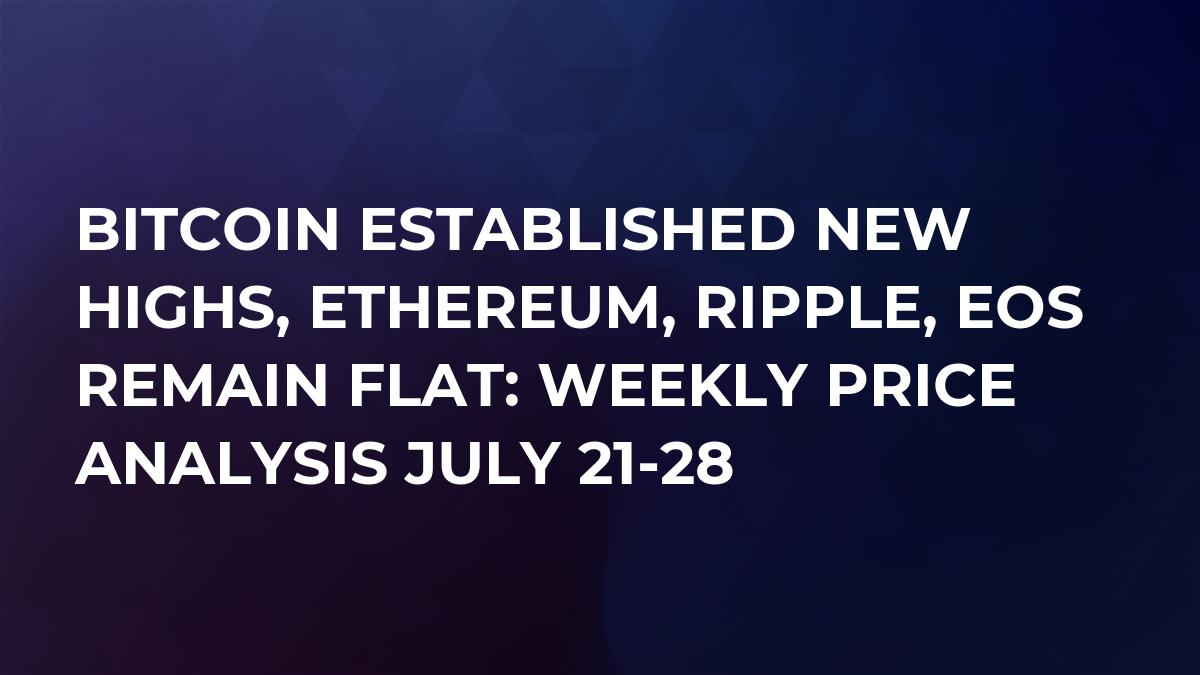 Hello, dear readers and subscribers. This is Andrew Strogoff again and today we are going to make a trip into the world of cryptanalysis. This is my weekly review of the situation. Before I start, I would like to underline, that not all of my targets were reached this week. Those who follow my daily reviews know that I have higher targets that are still a bit far from the current price.

I still believe that the crypto market is going to burst in the nearest future, but currently, it is consolidating. We have almost the same situation on the daily charts. The lonely gainer of this week is Bitcoin, who managed to reach new tops while the other cryptos remain flat.

What are the most interesting news and events of the past week? I want you to pay attention to some releases that may attract your attention. The first one is related to Bitcoin. The number of ATMs that offer cash for Bitcoins becomes significant as you may find such ATMs in the US, Europe and even Africa. This is a good news even despite the fact that is has no direct effect on the price.

McAfee still tries to attract attention to himself as he launches his own website on market capitalization. The website is the direct competitor of Coinmarketcap, but I don’t understand, however, what is the reason to create it?!

Another interesting news comes from AMD as hardware giant reports the decline of GPU miners’ sales in Q2. The company reports low demand and is not planning to capitalize on Blockchain in Q3.

US regulators still want to seize the crypto market by the throat as CFTC is seeking how to improve monitoring and controlling of digital coins.

Before I get down to the charts, I would like to give you some more interesting data related to cryptocurrencies. Below you can find the Top 5 cryptos according to their volumes (for the past seven days):

The next list relates to the biggest gainers of the past 24 hours:

Now I want you to pay attention to the biggest losers of Saturday:

And finally, the biggest gainers and losers of the week. Here they are:

Bitcoin has added more than 10 percent in the past seven days. The currency pair is the lonely gainer of all those I describe in this review. BTC/USD had a correction this week but I think it is going to resume the uptrend in the nearest future. 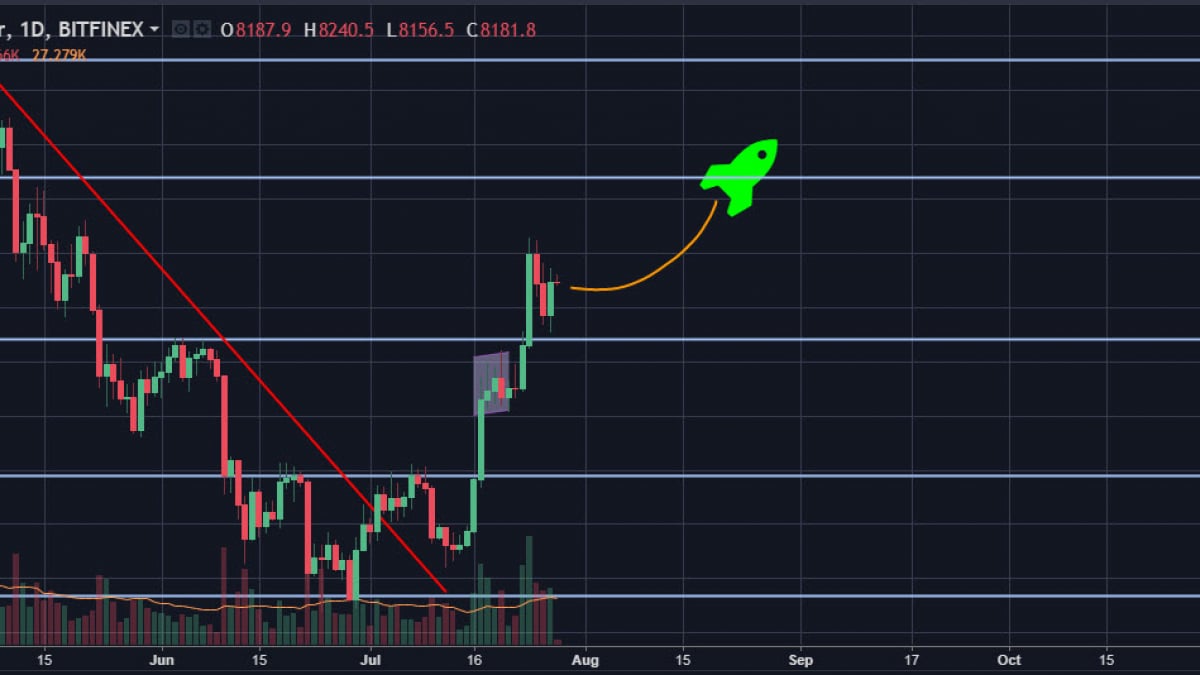 Now I want you to pay attention to the daily chart. BTC price jumped over the resistance area at $7,767 and moved higher. However, on Wednesday the uptrend was stopped as the correction started. BTC/USD has tested the support area at $7,767 from above and jumped off it.

I think that BTC/USD is ready to resume the uptrend and to reach my targets on the daily chart. I believe Bitcoin is able to touch $8,962 in the nearest future. Moreover, the correction is over and I hope this will happen during the week.

As for the bearish scenario, I see no reasons for bulls to let bears take control of the market. This correction towards the support area at $7,767 was a good attempt, but it is done already and BTC price goes upwards.

Ethereum (ETH/USD) no gains no losses

Ethereum had no gains and no losses in the past seven days. The currency pair stays within a range and has no tendency currently. However, I believe that bulls are likely to take control in the nearest future and to start the uptrend. 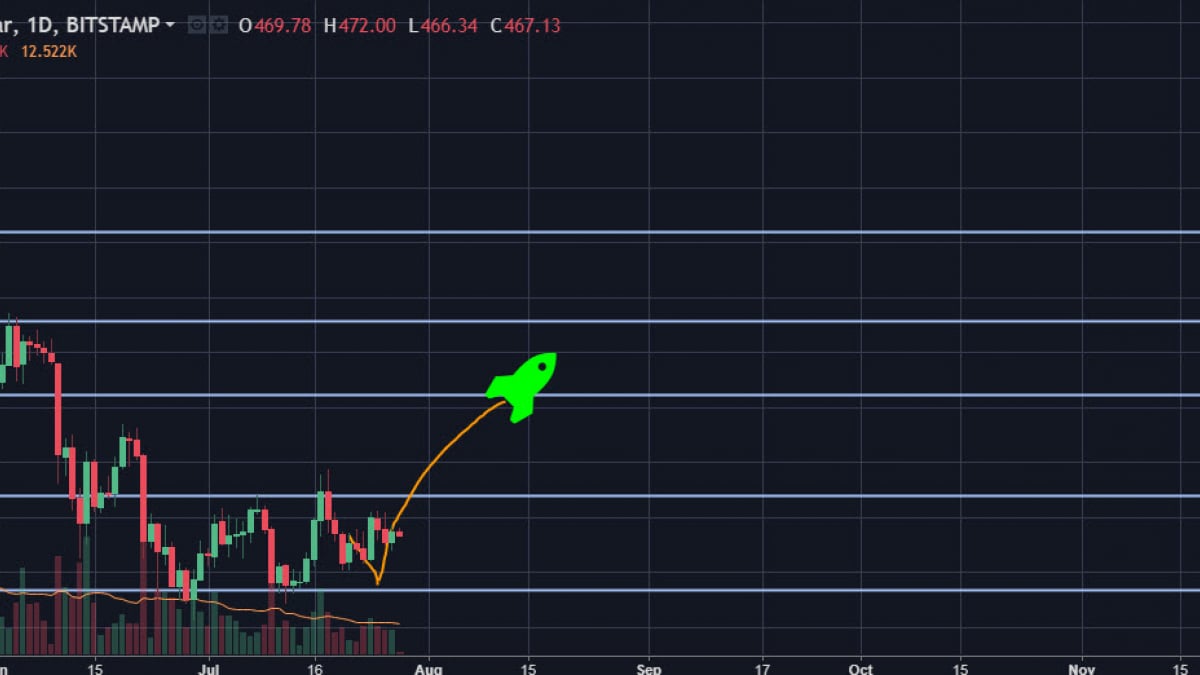 Now let’s see what is going on the daily chart. Ethereum stays below the resistance at $495.89 but I think that this is temporary as ETH/USD shows some signs of further downtrend. There was a couple of support are tests, but bulls were able to hold their lines.

My targets for the Ethereum are the following– I believe that the currency pair is going to reach the resistance area at $569.72 in the nearest future. Can bears turn the situation in their favor? I don’t think so, but they may have enough power to push ETH/USD to the closest support area at $427.24.

Ripple has made almost no gains or losses in the past seven days. XRP price is close to the support area and the June-July lows. I think that bulls are going to take control soon. 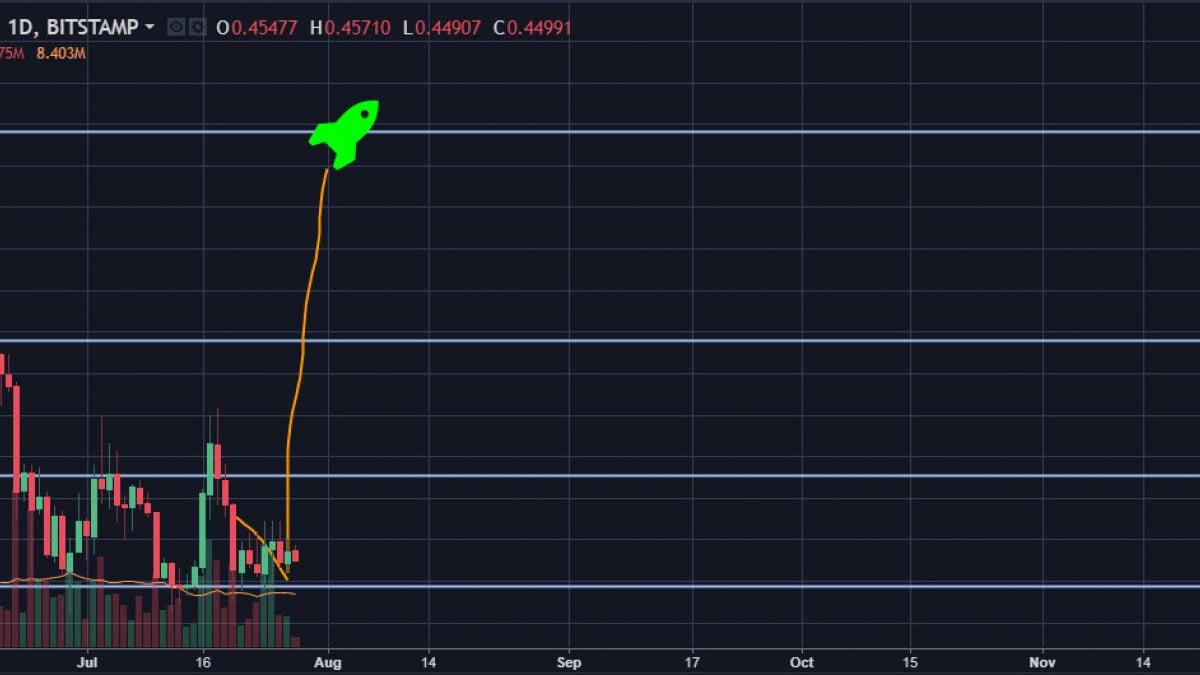 Let’s see what is going on the daily chart. XRP/USD is close to the $0.4372. As you can see, my targets are far from there and they are unreachable for the next week. However, I think that XRP price will choose the upside direction. I believe that XRP price is going to hit

My targets are above this level. I think XRP/USD is likely to reach the resistance area at $0.6563. However, as I have mentioned above, this target may be reached in a couple of weeks at least. As for the bearish scenario, it is less probable as we are close to a very strong support area.

EOS (EOS/USD) flat trading, new gains are on the way

EOS has small gains in the past seven days. There is no trend currently as the currency pair stays within the range. It is close to the resistance area and I think we are on the eve of serious upside movements. Anyway, I believe the uptrend is the most probable scenario for the nearest future. 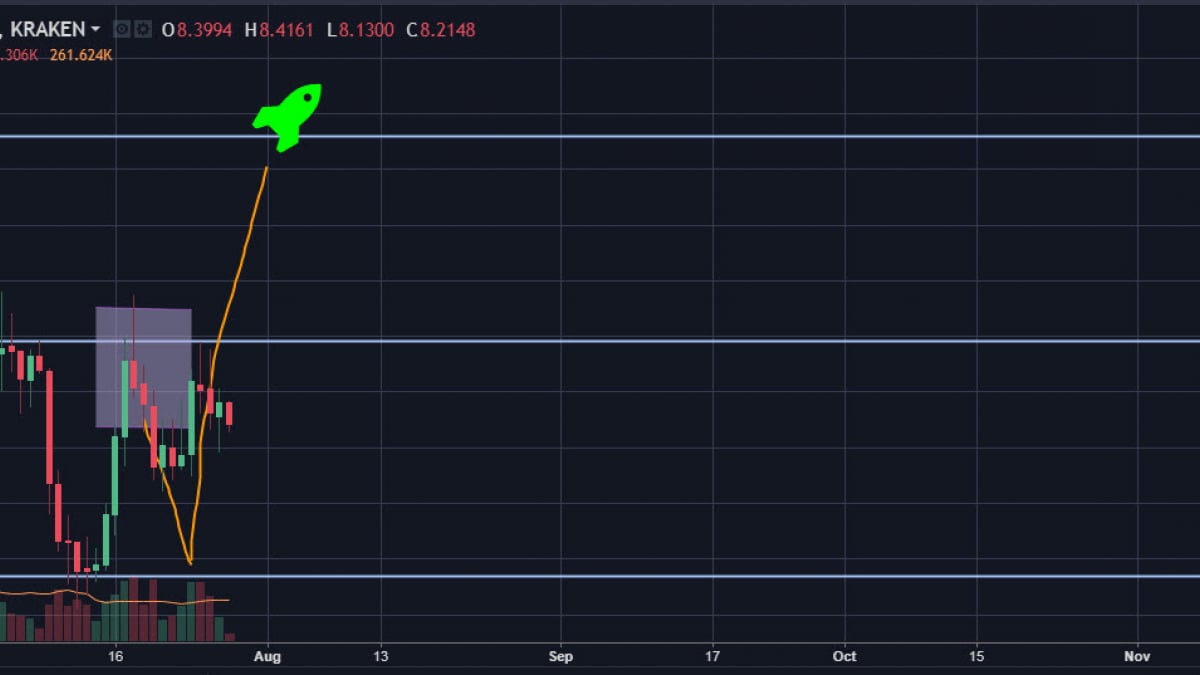 The currency pair is close to the resistance area at $8.95 currently. I think that it is going to test this level in the nearest future. My targets are higher as I think EOS/USD is able to reach the next resistance at $10.79.

However, there is another scenario where the currency pair is going to reach the support area before EOS starts off.