ADA, DOGE and SHIB Can Now Be Sent and Swapped at More Than 6,000 ATMs Through This Feature 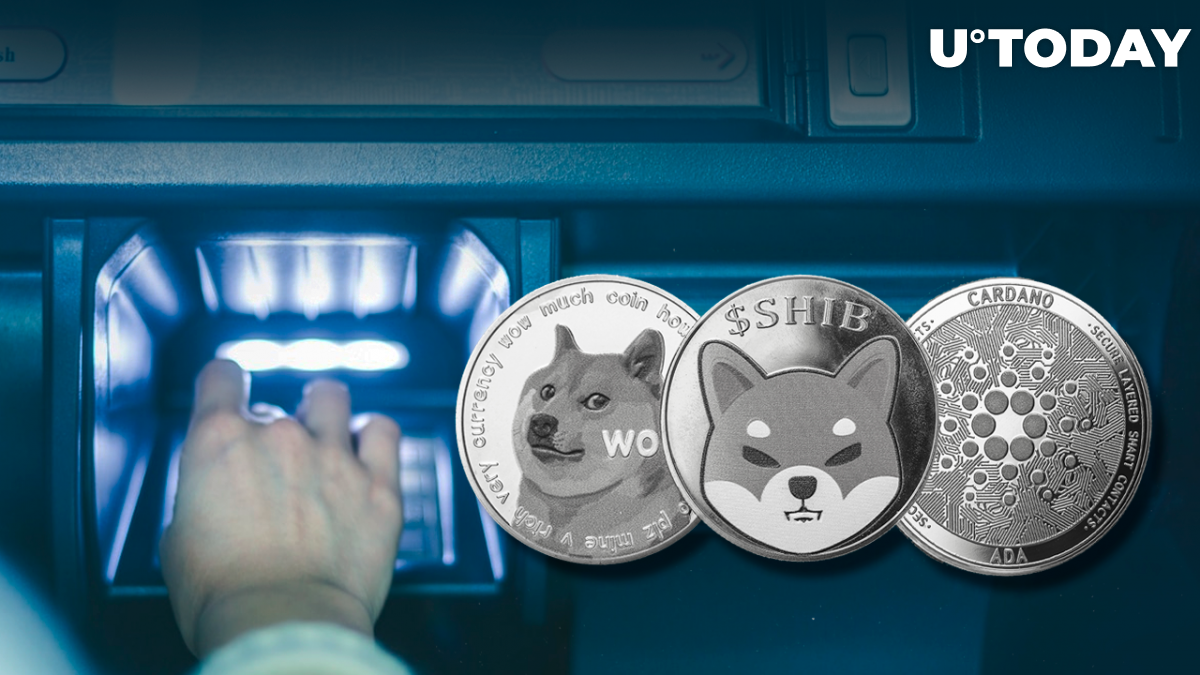 Cardano, Dogecoin and Shiba Inu can now be sent and swapped seamlessly across over 6,000 ATMs as leading ATM operator, Coin Cloud, today announced the release of its new noncustodial mobile wallet with all the features needed to buy, sell and store digital currencies.

The mobile wallet offers a connection with Coincloud's over 6,000 Bitcoin ATMs and Digital Currency Machines (DCMs) operated across the U.S. and Brazil. Customers can send or swap coins, initiate a sell-with-cash procedure that will be completed at a Coin Cloud DCM and receive a detailed transaction history.

Bitcoin and more than 40 other cryptocurrencies are available through Coin Cloud DCMs, including Ethereum, Shiba Inu, Bitcoin Cash, Litecoin, Dogecoin and a variety of stablecoins and DeFi tokens. As reported, cryptocurrencies including Cardano, Nano, SushiSwap, Algorand, Polygon, OMG Network and ApeCoin have just been added.

In June, Coin Cloud announced a partnership with Cardenas Markets, one of the largest Hispanic grocery chains, operating 59 stores in three states, including California, Arizona and Nevada.

The partnership will provide Cardenas Markets customers with access to Coin Cloud's DCMs to buy and sell Bitcoin, Ethereum and other crypto assets with cash.

The cryptocurrency market was trading higher at the time of publication, partly because traders trimmed their expectations for a 100 basis point (1 percentage point) increase in borrowing costs by the Federal Reserve.

At the time of writing, AAVE, Uniswap, and other prominent DeFi tokens were in the lead, surpassing market leaders Bitcoin and Ethereum and claiming a double-digit percentage gain in just 24 hours.

At the time of publication, the 24-hour gains for Bitcoin and Ethereum were 5.53% and 13%, respectively.