51 Percent Attack on Blockchain: How Expensive It is and Why It Matters 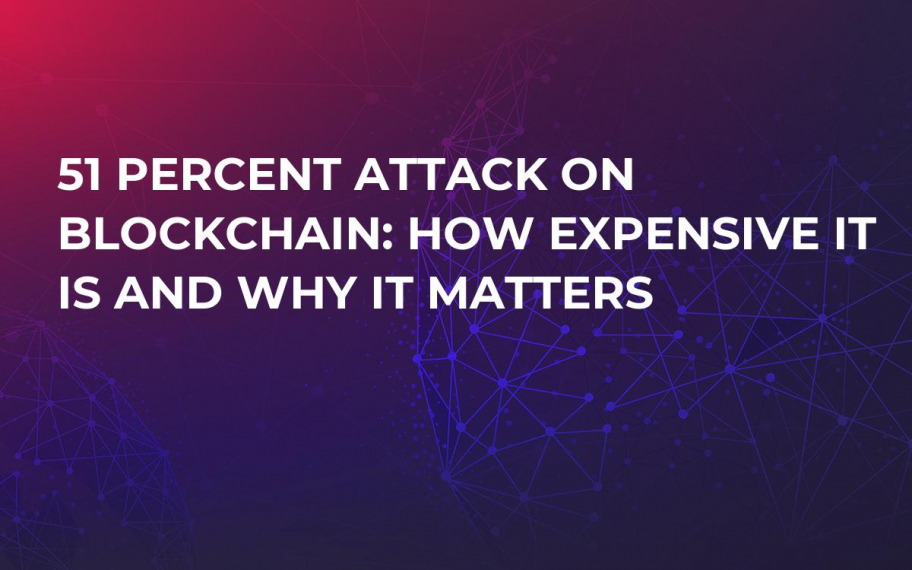 51 percent attack happens when a group of hackers gains control over 50 percent of a Blockchain to get a chance to change the network and damage it by switching on double spending and performing forks on the platform's currency.

Recently the 51 percent attacks have happened to Bitcoin Gold and Verge.

Due to these recent events, a question arises: how easy are such attacks to make? Or, to put it more accurately– how expensive are they to perform? Actually, it depends on what cryptocurrencies we are talking about. Some crypto platforms are quite cheap to hack, some– are very expensive.

If we look at Bitcoin, the “father” of all cryptocurrencies, an hour of 51 percent attack would be pretty costly– around $555,000. To hack Ethereum is slightly cheaper but still requires quite a substantial amount- $360,000. So, these two candidates are the least vulnerable from the purely financial point of view.

Besides, hackers usually try to perform this thing for longer than just an hour, since they want maximum profits. Also, bear in mind the cost of the necessary gear and the electricity bills.

Nevertheless, some coins are pretty cheap to get control of. E.g., hacking Bytecoin would only cost you around $557 an hour. Bitcoin Private can be hacked for $778 an hour and such virtual coin as Einsteinium would give away control over its Blockchain for just $77 hourly rate.

Light at the end of the tunnel

As you can see, the cheaper the coin, the lower it costs to hack it. Besides, this is mainly true about Proof-of-Work coins. The Proof-of-Stake algorithm provides better security and makes the conduct of a 51 percent attack three times more expensive.

So all investors should think carefully– if they store their savings in a crypto that costs less than $1 mln per day to attack, maybe it is better to invest in something more reliable and safe.

The data for hash rates were taken from Mine the Coin, coin prices are from CoinMarketCap, and rental pricing from NiceHash. The resulting table can be found here.