XRP and Stellar Whales Move Nearly $200 million — Is a Big Price Movement on Its Way?

Jack Thomas
Nearly $200 million in XRP and Stellar have been shifted around by some big Whales — are they preparing for something? What could it mean? 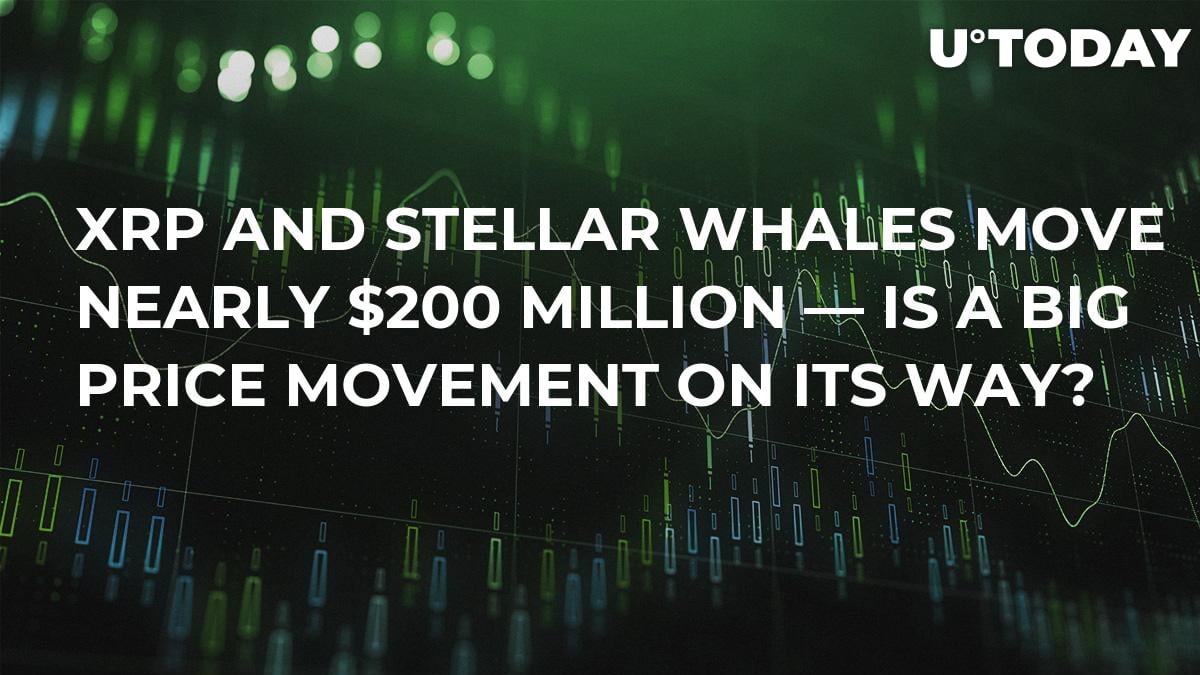 With the cryptocurrency market still being a relatively small one and many factors influencing the price of certain coins, it is often a good idea to keep an eye on big movements of the digital assets.

More so, because of the anonymous but transparent nature of the blockchains where these assets are shifted around, it is possible to spot when big chunks of value are moved. However, the reasoning and understanding of why money is being shifted and what effect it will have is less transparent.

It was noted on the “Whale Alert” Twitter account that around $200 million worth of XRP and XLM have been moved over the last 24 hours. Interestingly enough, nearly $190 million worth of these coins has been directly transferred from the Bittrex exchange.

We have seen in the past, specifically with Bitcoin, that when Whales move assets like this it can shake the market, particularly referring to the movement of old Mt. Gox funds over the past year or so.

In a separate transaction, it was also noted that 40 million XRP (worth $12.4 million) was transferred from an unknown wallet to another unknown wallet.

The similarity in the 10 million token transfers across the two currencies and the dual involvement with Bittrex makes one deduce that it may well have had something to do with the exchange, or that an individual was reacting to news from Bittrex.

Bittrex had tweeted that they will be performing an update saying, “Today we’ll be performing a planned technology update at 21:00 UTC. During this time, markets and wallets will be temporarily offline.”

It is still not clear whether this movement has anything to do with this update directly.

There has been no marked movement from either Stellar or XRP in the time since this huge sum of money was moved. There does not seem to be any underlying reason why money should be shifted from Bittrex to another exchange or a cold wallet, barring the technology update.

If the movement of money was more mysterious or even had a pattern drawn to some other market shifting news, it could have led to a major price movement for either coin. That is to say, if this shifting of coins was in anticipation of a big dump, the price of both these coins could have sunk significantly.