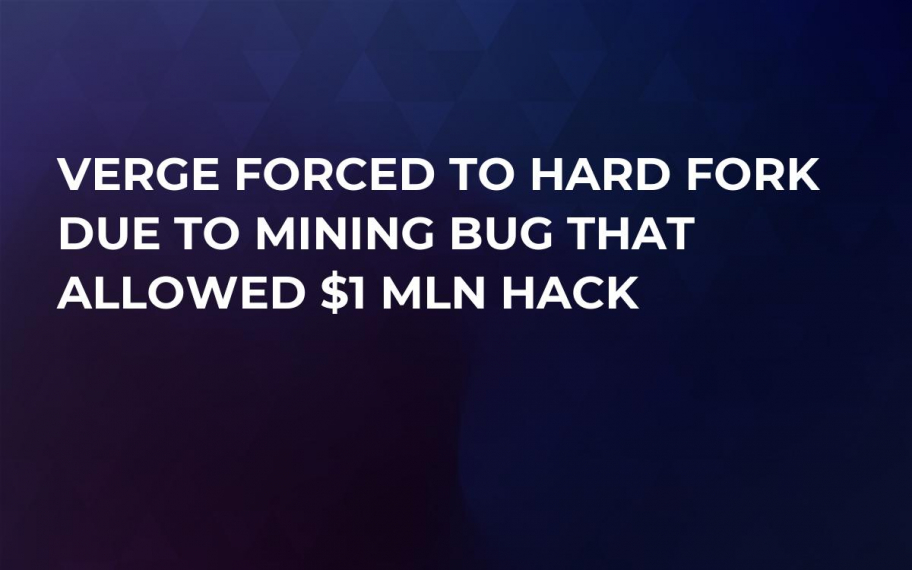 Verge, the privacy coin that has been performing quite well in the last month or so, was forced into a hard fork after it emerged that there was a bug in the code that allowed a malicious miner to exploit the network’s mining algorithm, getting away with over $1 mln.

The flaw in the code essentially allowed the attacker to exploit the bug in the Verge code that allowed miners to set false timestamps on blocks, tricking the network into adding them to the main chain.

The attack in the code persisted for over 13 hours, allegedly, which allowed the attacker to make away with $1.1 mln. The attack appears to have first been discovered by BitcoinTalk user ocminer, the operator of altcoin mining pool Suprnova, who posted a thread on the forum.

We had a small hash attack that lasted about 3 hours earlier this morning, it's been cleared up now. We will be implementing even more redundancy checks for things of this nature in the future! $XVG #vergefam

Dogedarkdev, the lead developer of Verge, made a series of statements that attempted to downplay the severity of the situation.

“We’re kinda glad this happened and that it wasn’t as bad as it could have been,” Dogedarkdev said on BitcoinTalk.

This raised a few eyebrows, as although Dodgedarkdev explained elsewhere that the figure was insignificant compared to Ether hacks, it was still an emergency ‘quick fix’ that was quite a major move.

Meanwhile, the Verge price has declined by approximately 25 percent over the past two days in response to the attack. XVG currently ranks as the 22nd-largest cryptocurrency, with a circulating market cap of $810 mln.