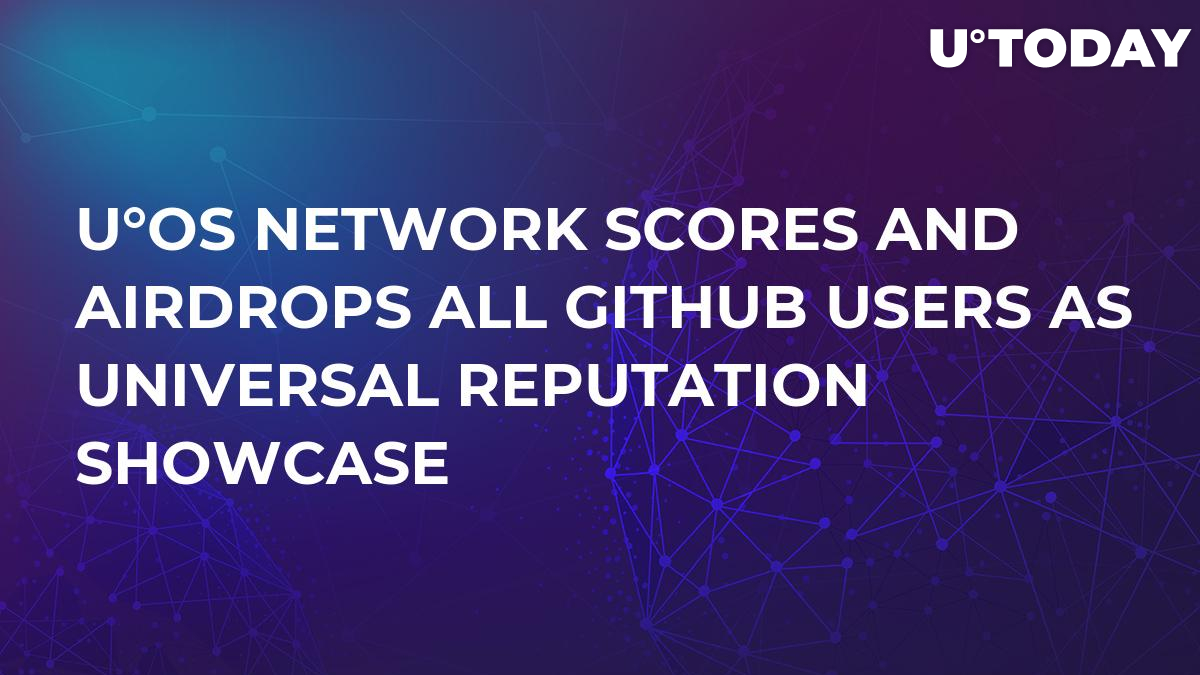 GitHub at over 31 million of accounts is the largest code host in the world. In sheer numbers, GitHub — as Octoverse — is the biggest network of developers:

Anyone contributing to code on GitHub in any form — from opening an issue to committing to repositories — is adding value to the network.

Open source projects make up the most significant part of GitHub. The cumulative value of these projects is enormous.

and yet the individual contributors behind the numbers remain unquantified.

U°OS Network is an open source project with the entirety of its code available on GitHub for public use. U°OS Network is building and launching the Universal Portable Reputation for the Web.

The idea behind this airdrop is to quantify the value of every GitHub contributor and let them convert the value into a Universal Portable Reputation.

The U°OS reputation is Universal because it always belongs to every network participant instead of being run by a single entity.

The reputation is Portable because it can always be easily integrated into any service or application without giving up the account’s ownership rights.

After checking your GitHub score and claiming your reputation, your U°OS account will display digits next to it. The digits are more than just a number. It’s the essence of the value that you bring to the network.

The developer team of U°OS ran the GitHub network through the open source U°OS Reputation Algorithm that powers the U°OS Network and now lets all GitHub users check their quantified reputation. And since reputation is value, any GitHub user can claim their value in the form of an airdrop that’s used to own a part of the U°OS network.

This GitHub airdrop is the world’s first showcase of starting a Universal Portable Reputation system for the Web that always belongs to the network and is never confined to a single platform.

To make your reputation universal and get your GitHub airdrop, visit  http://u.community/github