Alex Dovbnya
The dev team gives the community an update on the TronWatch Market being upgraded, saying that before it is launched, another set of public tests will be launched 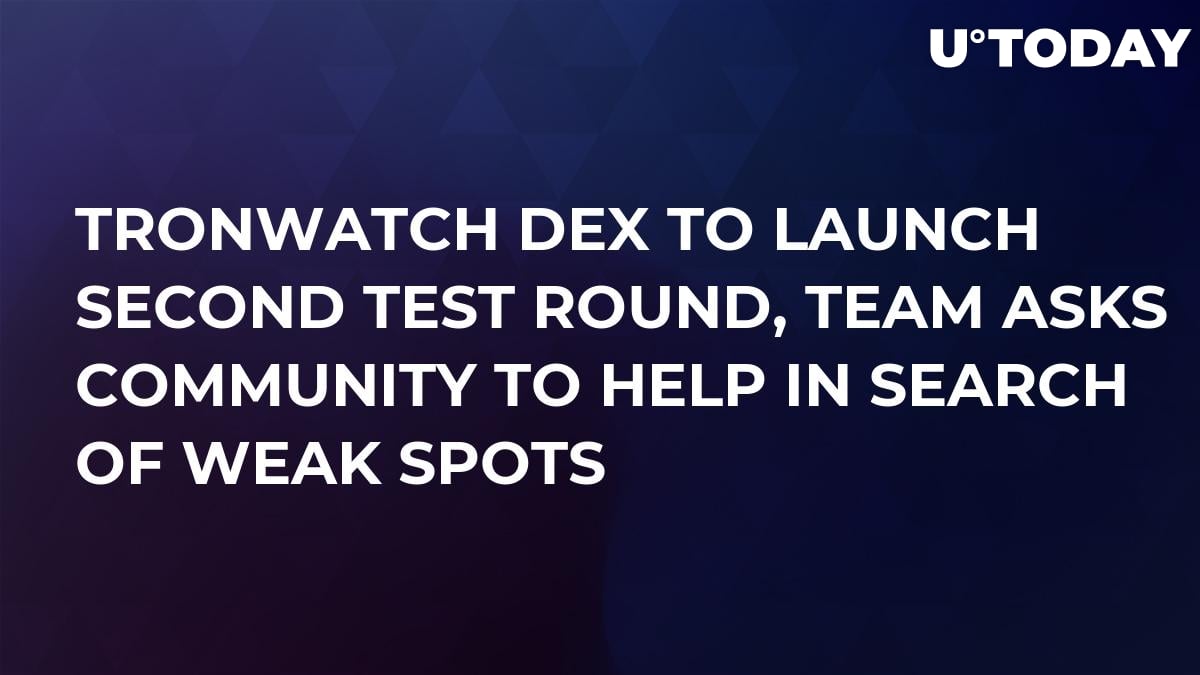 The team that is developing the TronWatch Market has published an article on Medium on Friday in which it says that Tron’s decentralized exchange is to be launched for another set of public tests soon before it is released for regular operation.

The team of the dex are making sure that the platform is 100 percent secure for its clients. For that, TronWatch Market will undergo several rigorous audits in the short term. As soon as these checks are over, the team will review the code once again and only then will it emerge with the end version of the trading platform.

The article mentions that the team is building the dex from three main parts. Backend deals with orders and extra data. Smart Contract is in charge of control tokens and trades. Frontend allows customers work with the backend, as well as the smart contract.

The team says it will inform the community about the whole process of testing and asks it for help in searching for bugs and weaknesses that may emerge during the public trials.