Yuri Molchan
Pro-crypto U.S. senator is certain Bitcoin is the standard for other cryptos, hints that XRP might be a security 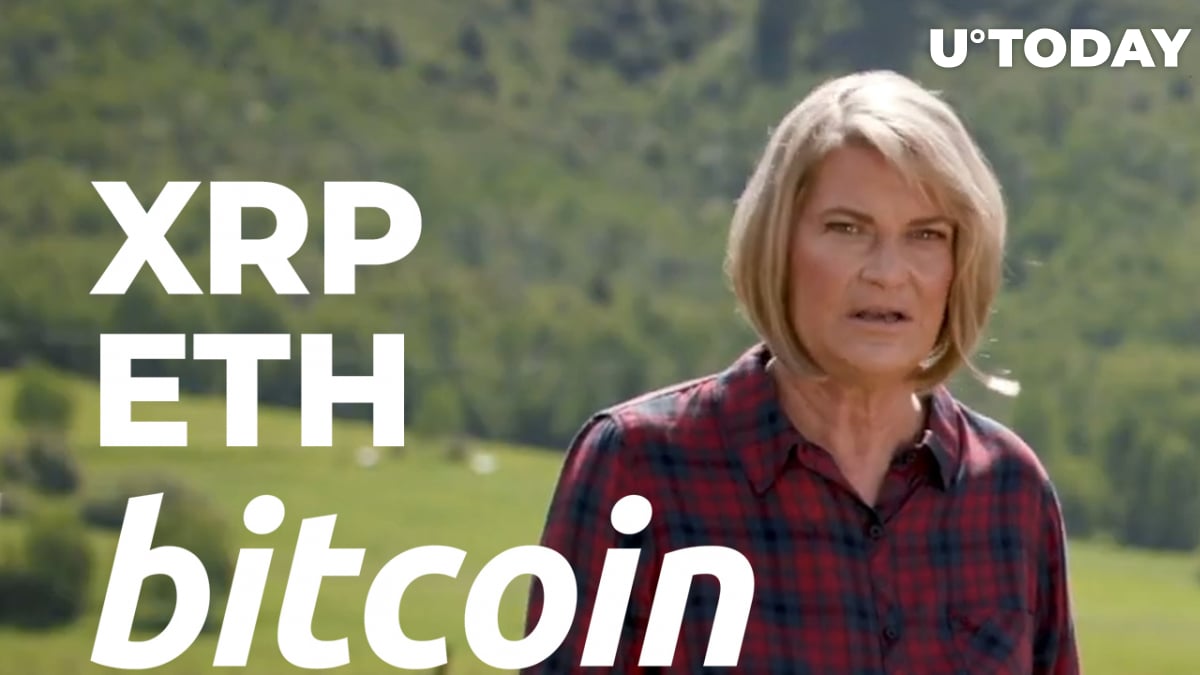 U.S. Senator Cynthia Lummis from Wyoming has talked to CNBC's host of the Squawk Box show about Bitcoin, Doge, XRP and other digital currencies.

According to Lummis, Bitcoin is here to stay, while not all other cryptocurrencies are.

"Altcoins must be monitored differently from Bitcoin"

Known for her pro-BTC stance, Senator Lummis was asked if any other cryptos, whose prices were visible on the screen during the show (including Dogecoin, XRP, Litecoin and Ethereum), are going to stick around along with Bitcoin.

She believes that Bitcoin is the standard and is definitely here to stay. As for the top-of-the-line altcoins mentioned above, she stated that they have to be monitored differently since they were created in a different way. She did mention that Bitcoin is fully decentralized, hinting that the other mentioned coins might not be.

In particular, she mentioned a cryptocurrency issued by a person or entity, launched into circulation with a large amount kept by the emitter. Although she did not name the cryptocurrency, the senator stated that this might be a security. Without naming XRP or Ethereum, she enumerated key features often associated with these coins.

She is certain that Bitcoin is a commodity and the digital gold.

"I do think that #bitcoin is here to stay, and I think a lot of the others are not," says @SenLummis. "#Bitcoin is the standard. Everything else has to be monitored differently because they are created differently." pic.twitter.com/yvWvz0hjFm

Michael Saylor very bullish on BTC for next 12 months

When asked how he evaluates Bitcoin at the current prices, CEO and founder of the MicroStrategy giant, Michael Saylor, stated that over the past three months he has seen more clarity for Bitcoin, growing support from the U.S. Congress and rising interest from Wall Street.

Besides, he said that fears of the Chinese crypto crack are in the past already, while mining powers have largely relocated to the U.S. This makes Saylor think that Bitcoin has very bullish prospects for the next 12 months.

The head of the business intelligence software giant did not mention any particular price target he expects for Bitcoin, but he stated that Bitcoin is going to rise forever and MicroStrategy will keep buying it using cash flows or by raising more debt, depending on market circumstances.

Saylor does admit that Bitcoin is volatile since it is a new asset class and because it is plugged into the entire crypto market.

For the next 10 years, according to Saylor, Bitcoin is going to be the best, the most solid and the most technically advanced store of value.

#Bitcoin is the ideal treasury reserve asset for a family, corporation, government, institution, or trust. pic.twitter.com/6bwSJGVi5E