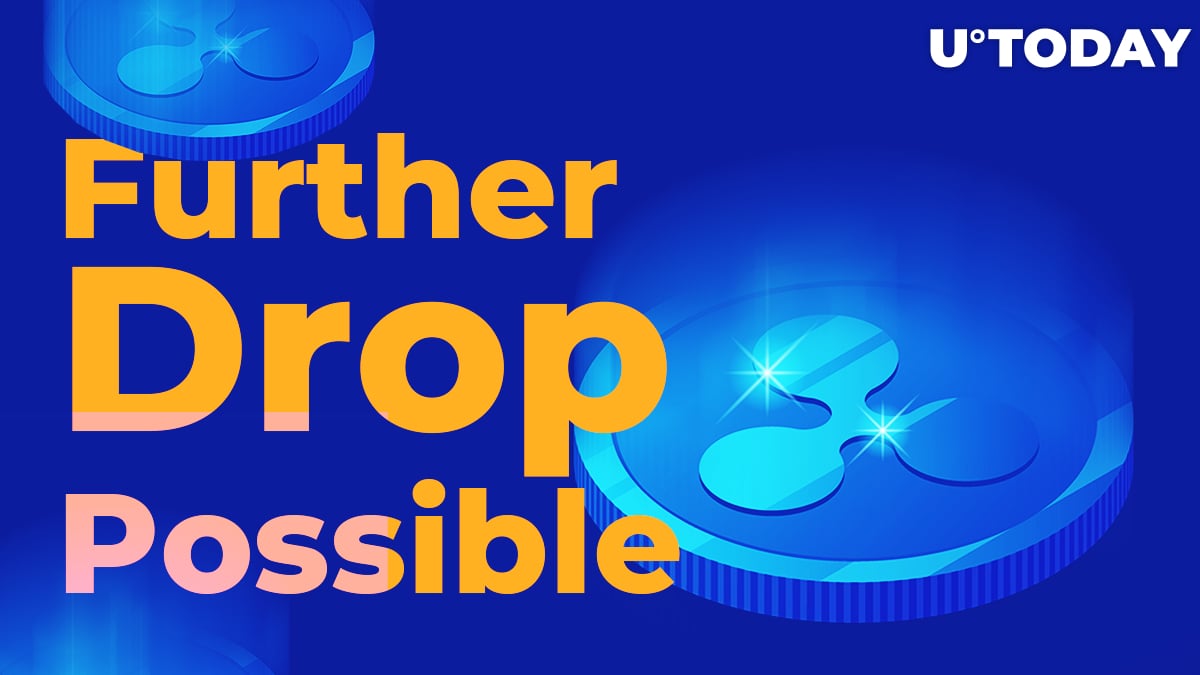 Ripple was so close to the long-awaited $0.5 level when suddenly the entire crypto market stumbled and something went wrong. XRP gets back to $0.40 and seems like wonders won’t happen. What to expect from the cryptocurrency that keeps breaking traders’ hopes again and again? Read XRP price forecasts and analyses from TradingView users – their opinions seem to have a grain of truth.

The impossible breakdown for XRP/BTC

On the Ripple price chart from DrDovetail, we can observe the Inverted cup & handle. Because of that, the trader believes that XRP will no longer close any further candles under this current price point. We are in an Inverted cup and handle pattern with a downward slant, but the breakdown target is negative satoshis. Therefore probability highly favors this being the bottom.

On the crypto market, anything can happen. The last time we had a Head and Shoulder pattern with an impossible negative breakdown target on the XRP/USD, it made for an obvious fakeout and instead of a breakdown, it had a pump. All this considered, load up!

According to trader YouHaveNieds, XRP will eventually get back to $0.38 or even $0.36. Considering the current market trend, it’s possible. Soon, we’ll be able to load up with XRP to take maximum profits in the future.

Now look at the Ripple price chart from user XE13ST00P: we can see there’s a huge triangle forming since 2017. XRP riding a massive support line dating back to May 22nd, 2017, getting closer and closer to the end of a huge triangle. $30-32 cent support is far too strong, now bouncing above the EMA. The trader claims that XRP might go upside anywhere from 1.17 to the previous ATH within weeks.

3700 Satoshi is our critical resistance

Currently is testing resistance 3700. And if it breaks out, it’s more likely to test 4000 Satoshi. If somehow the price action could close above that price, this would be a bullish sign for XRP/BTC reversal trend. Conversely, failing to retain above 3700 satoshis, it will slowly move down towards the next important support around 2606 Satoshi.

The indicator looks bearish overall, but you could notice a bullish divergence on particular indicators like MFI and Macd line is sighted on the daily chart

The events over the day have been unkind to Ripple, with Coinbase going offline for a short moment and then the hacking of 9.3 million XRP. Trying to determine the end of this reaction, it seems pretty straightforward with a confluence of points at the (0.38 +/1 0.02) level.

Elliot wave count would have this last push down as Wave 5 which could extend to 0.376, though Ripple doesn’t often have Wave 5 go past the 0.786 extensions. In addition the Monthly Pivot at 0.40217, there is a descending trendline of a channel from the 5/30 high at 0.474 that should now form support.

These three things together have a high probability of providing support, in addition to the significant amount of time it has traded at this level in the past.

Anyway, if Ripple drops past $0.36, consider another entry at that point.

It all depends on BTC

We can see that XRP is in a triangle and it is very critical which way it will choose to break. If we break upside, it will give a rally close to $0.59 which is 61.8% of Fibonacci extension level and also a resistance zone. Just keep in mind that it all depends on what happens with BTC. If BTC breaks its support levels, we might see a downward movement for XRP too. Many traders think that alt season is coming shortly, so let's wait and see what happens.

So, what to expect from Ripple? The entire altcoin market should be taken into consideration to answer this question.

The divergence between BTC and altcoins has only grown larger. Bitcoin has continued to move parabolically (above the 10,000 USD level), while most major altcoins remain flat or moved to the upside at a much less convincing rate.

This level of divergence has not been seen since the 2017 bull market, during which Bitcoin approached its peak while altcoins remained flat. While history may not repeat itself, this is indicative that most major altcoins have depreciated to severely oversold levels in terms of their BTC pairs. With this most recent correction, Bitcoin dominance has also indicated a possible top at the mid 60% range.

Comparing the situation with the last bear market, we notice a similar trend taking place, the fractals are very simple to understand. When BTC leads the market, altcoins lose a significant amount of dominance to BTC which is normal.

What has been happening? With a rally of over 300% and 65% dominance, altcoins have capitulated to Bitcoin. However, the situation can change soon.

1. The more BTC rallies, the harder altcoins will respond, some will rally 100x more than expected.

Altcoins will continue to breakdown when Bitcoin moves violently up until it cools down and doesn't make 5% gains every hour, and maybe just remains flat for a week or two. That’s when altcoins will rally the hardest.

Now that BTC seems to be retracing, the price of altcoins (ETH, BNB, and XRP) will rise astronomically and the dominance of Bitcoin will decrease.

Market participants should keep an eye out for a potential shift of capital from Bitcoin to the major altcoins, as major altcoins have much room to grow if this divergence with BTC is to shrink. It can happen in the following months, not weeks or days.