Darryn Pollock
Cryptocurrency businesses took a hit when the Indian courts decided to uphold the RBI’s ban on crypto-dealings, so where does this leave India? 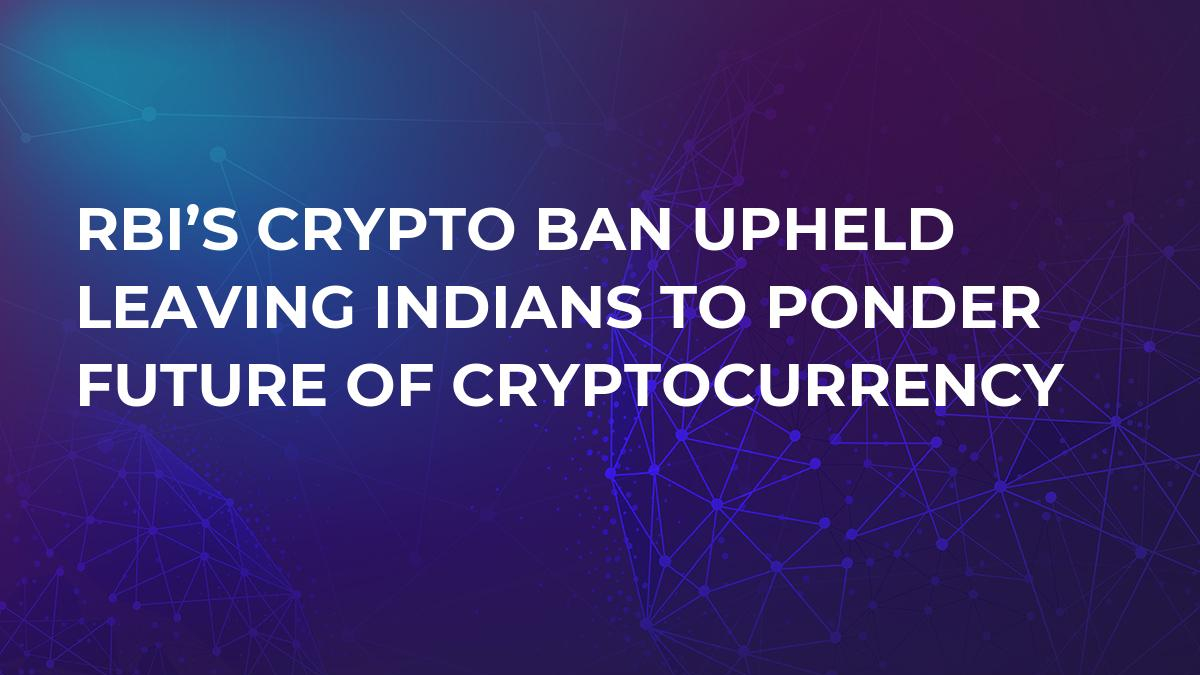 The news out of India recently was disconcerting for many in the cryptocurrency industry as the application to the Supreme Court to try and halt a circular put out by the Reserve Bank of India failed.

The Court refused to stay the RBI’s decision to essentially blockade all businesses operating with around cryptocurrencies. This means that the deadline for ending business with cryptocurrency will elapse, on July 5.

It means rough roads ahead for the cryptocurrency industry in India, which was burgeoning, however, there is still some sort of light at the end of the tunnel as reports suggest the RBI is looking at creating its own cryptocurrency.

Indian businesses that operate in the country are now in a real quandary as there are no technical regulations stopping the use of cryptocurrencies, rather the Reserve Banks has decided to make their operating much, much harder.

Already, in anticipation of the outcome of the court hearing, some exchanges had changed their tact in order to remain compliant with the RBI’s memo. Exchanges starter operating as an escrow account in a peer-to-peer trading platform, rather than the normal exchange business model.

The upholding of the RBI’s decision will have a major role to play in blunting the India cryptocurrency space as it was already seen that when the pressure began, companies already started to fold.

Back in March, two Indian cryptocurrency exchanges shut their doors citing regulatory fears for the reason. It is now up to those who remain to either keep fighting or to crumble under the heavy pressure.

The move has been roundly criticised by not only the Indian cryptocurrency community but by as influential figures as Tim Draper. It will be interesting to thus see how the next few months pans out for India, especially for those who were working and using the space, including a majority of women.