Past ICO Review: What Remains From Bancor’s Initial Boom

Eric Eissler
Bancor offered greater liquidity to the cryptocurrency market, but did it live up to its promises? 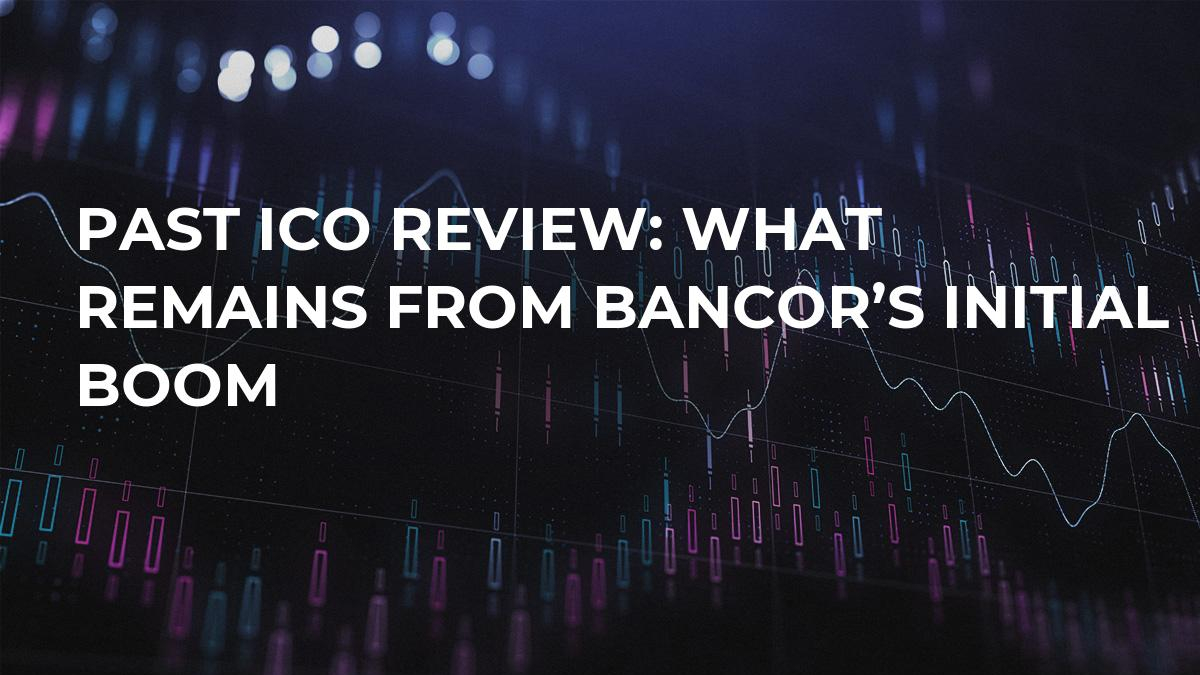 The name Bancor is reminiscent of a large corporate bank, an institution that you could trust putting your savings into. But not everything is in a name. Big banks can go bust, too. Remember that diversification is key.

Bancor entered the market with a boom in July 2017 by raising $153 mln in only a matter of hours. Investors loved what they saw, a new ICO and a new kind of coin called smart tokens.

“Since online economies use their own unique currencies, economic growth means that participating businesses will see the value of their tokens grow, enabling them to scale their operations as well.”

According to the Bancor website, the benefits of the so-called smart tokens are as follows: the Bancor Protocol is a technical revolution allowing tokens to be converted without matching two parties with opposite wants. The magic is in the math, with a simple formula balancing buys and sells so that every token in the network maintains a formulaic relationship to others. The result is continuous liquidity regardless of trade volume or exchange listings.

A “Smart” Token knows when to leave

Bancor protocol enables anyone to create a new type of digital coin called Smart Token, which can hold and trade other tokens. This allows the Smart Token contract to serve as its own market maker, automatically providing so-called price discovery and liquidity to other coins.

So effectively, Bancor has created an exchange that will automatically price and trade any cryptocurrency that the user wants to list with it, as well as tokens. The company says it will always have enough liquidity to make the market because the currencies have to build a reserve in Bancor tokens. Remember, new tokens are tied to Bancor.

Shower your neighbors with tokens

While it seems useful in some regard, the logic is still a bit fuzzy and lost when you get down to the matter. There is a reason why 50 percent of ICOs fail.

The website claims that you can issue token for your neighborhood. This would allow us to go back to medieval days where every town had its own currency, and that would not be too useful, considering how far we have come since that time. The exchanges would be kings with all the commissions and fees they would make from all the conversions to transact.

According to Professor Emin Gun Sirer, Professor of Computer Science at Cornell University, Bancor will continue to trail the market and its lack of price discovery will diminish any smart tokens created from it.

This, in essence, will keep those coins from growing beyond that of Bancor’s price, remember they are tied together. In other words, the tokens created off Bancor have no chance to thrive. When the parent coin is going down, Bancor will take them down, too. Tim Draper, billionaire venture capitalist, and backer of Bancor argues otherwise that it will give liquidity to the market. If you bought Bancor, then liquidity is great, because you will want to sell it as fast as you can.

On January 17, 2018, the token price spiked up to an all-time high of $10.27 per token, only to suffer a major crash, as the whole crypto market fell to the bears later in the month and the entirety of February. As of writing, the token as sunk to lows in hovering around high $2, low $3 range, still below that of its initial-entry-market price of $4.49.