Eric Eissler
A crystal-ball crypto? Not exactly, but crowdsourced predictive analytics does hold some truth 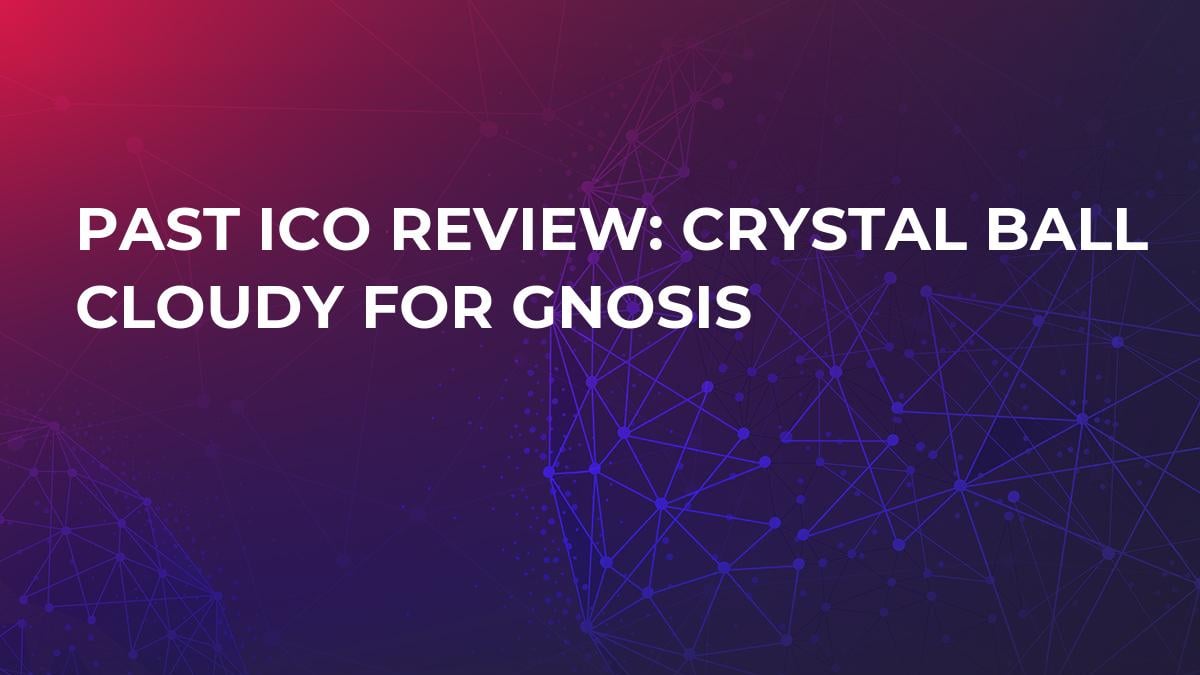 In a short time, Blockchain and cryptocurrency technology have come a long way, but  crypto that can predict the future? Now, that might sound like a late night psychic scam, but this Blockchain is looking back into the past to better gauge the future. Gnosis, Greek for knowledge of spiritual mysteries, is centered on the prediction market.

So you mean to tell me, you can see the future?

Prediction markets are sometimes called information markets, idea futures, event derivatives, decision markets or virtual stock markets. In essence, a prediction market is a vehicle for aggregating information about the expected outcome of a future event. How does the system work? Participants receive a set of tokens reflecting each possible outcome and may then trade these with either other market participants or a market maker. This is essentially betting on the outcome of said event.

There is an old anecdote about the more people guessing the weight of a cow, the more accurate the number will be. Besides the crowdsourced guesses, an ultimate oracle would settle the outcomes of the events and thusly the disputes. However, the oracle should be an independently controlled mechanism to achieve the most fairness.

Gnosis incorporates the use of two ERC20 tokens, Gnosis (GNO) and Gnosis Wizard (WIZ). The GNO token has a fixed supply of 10 mln GNO tokens. The company plans to charge for the use of certain services that operate on the core platform. Fees will be payable in ETH, BTC or WIZ. This is similar to the gas model on the Ethereum smart contracts: pay to play. According to the website and some further investigating,  WIZ is generated by holders of GNO. WIZ tokens will be pegged at or very near $1. It’s important that the WIZ token maintain low volatility to serve as a vehicle of collateral on the platform.

While the company has been around for over five years already, according to their timeline, there are still many implementations to be done before the software is up and running. It appears that Q3 2018 will be the time that the technology will be fully operational.

Out of many of the ICOs of 2017, it is one of the few that has managed to keep its token price above the ICO debut price, showing it has potential. However, on the flipside, it is a crowdsourced-predictive analytics system. A crowdsourced system could only be as good as the crowd participating in it. Care to cast a wager on Gnosis? Will it succeed? Will it fail? Choose wisely, chosen one!