David Dinkins
We thought Mt. Gox was done interfering with the Bitcoin markets, but the bankruptcy trustee spent the last several months dumping $400 mln in Bitcoins onto the market. 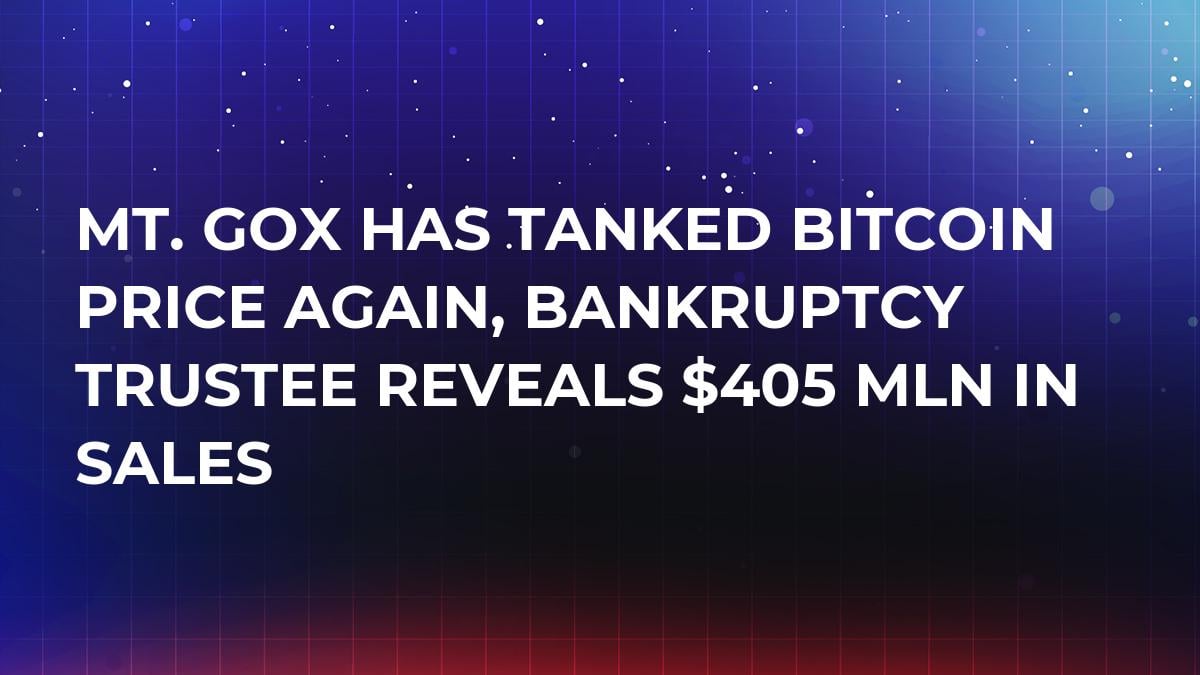 The bankruptcy trustee for the defunct Mt. Gox exchange announced yesterday that he had sold $405 mln in Bitcoin over the last few months, a total of 35,800 BTC and 34,000 BCH. The selling of such massive volumes could be a big part of the reason Bitcoin fell from its high of $20,000 to its current price of $9,300. Even if the coins were traded over-the-counter (OTC) rather than on exchanges, it still would have suppressed demand, by filling the needs of buyers who otherwise would have bought off exchanges.

Mt. Gox was the original Bitcoin exchange, transformed from a website that sold Magic: The Gathering playing cards to the largest Bitcoin exchange in the world, with over 80% market share. (Mt. Gox stands for “Magic: The Gathering Online Exchange”.) In early 2014, withdrawals from Mt. Gox were frozen, and eventually the company admitted to losing an astonishing 650,000 Bitcoins (which would have been worth $6 bln today).

Shortly after shuttering the exchange, Mt. Gox announced that it had found a paper wallet containing 200,000 BTC, which was turned over the the bankruptcy trustee. The trustee has now revealed that following years of wrangling, he has sold enough Bitcoins – 35,800 – to pay back Mt. Gox’s creditors, including customers who lost funds when the exchange closed down. Unfortunately, for the moment it appears that the creditors will be paid for the value of their holdings at the time of their loss – $440 each, to be exact.

Creditors are seeking a prorated portion of the remaining Bitcoins, instead, but Japanese law appears to be against them.

In fact, Ars Technica reported that former CEO Mark Karpeles could end up receiving the balance of the Bitcoins – over $1 bln worth – once the creditors are paid for the fiat value of their loss. Many consider Karpeles himself to be responsible, or at least negligent, for the loss of their Bitcoins. It eventually came to light that Mt. Gox had created bots to drive up the price in November 2013 in an effort to earn back the Bitcoin that had been lost. Authorities arrested a man last year wanted in connection with laundering the missing Mt. Gox Bitcoins through the now defunct BTC-e exchange.

The collapse of the Mt. Gox exchange in early 2014 is credited for the multi-year bear market that followed, taking Bitcoin down from around $800 to a low of $150 in 2015. It would be supremely ironic if it turned out that the Mt. Gox trustee, selling $405 mln in Bitcoin at or near its 2017 peak, was responsible for tanking the price this time around, also.

For what it’s worth, the bankruptcy trustee has told the court that he may sell more Bitcoins, though he didn’t specify the amount. He still has $1.9 bln worth of Bitcoin left.