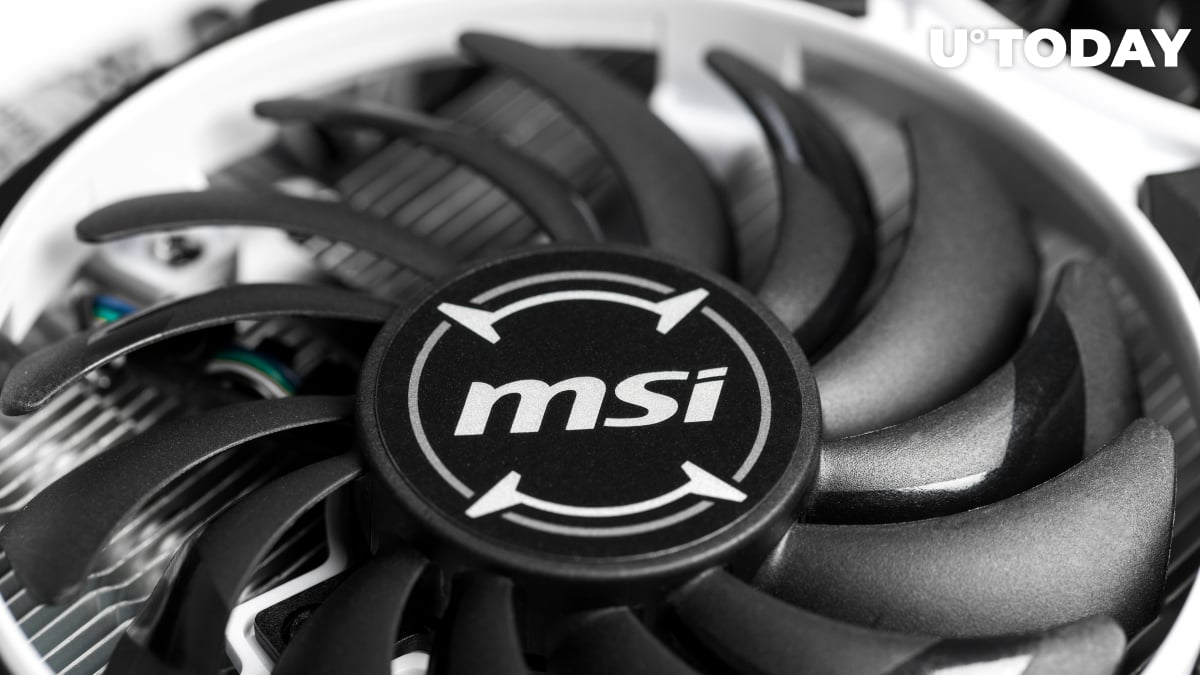 MSI is repurposing its old stock of GPUs that already seem obsolete after Nvidia’s that are powered by the manufacturer’s Ampere microarchitecture.

During its Sept. 1 event, Nvidia unveiled its much-awaited GeForce RTX 30-series GPUs that offer blow out of the water its previous products.

The flagship RTX 3080 card, which comes with 8,704 CUDA Cores and the peak memory bandwidth of 760 GB/s, will set you back only $699, thus substantially lowering the cost of hind-end gaming.

MSI’s database listing doesn’t show the exact specifications of its custom graphics cards. It’s not clear whether or not they will be able to bring anything new to the table apart from the name.

According to NiceHash, NVIDIA GTX 1660 Super is currently able to earn its owner about $2.72 per day for mining crypto.

GeForce RTX 2060 is on par in terms of profitability, currently generating about $2.49 per day for Ethereum miners.


Related
‘Cryptocurrency Is in Our Past’: Nvidia CEO

While MSI’s pivot to crypto could simply be a gimmick meant to make its leftover inventories more appealing, it shows that the graphics card industry hasn’t abandoned crypto for good.

During the great crypto frenzy in 2017, miners snapped up over three million GPUs but the demand dried up the following year during a bear market.

Nvidia is currently facing a class action lawsuit whose plaintiffs claim that the company tried to camouflage its profits from mining.