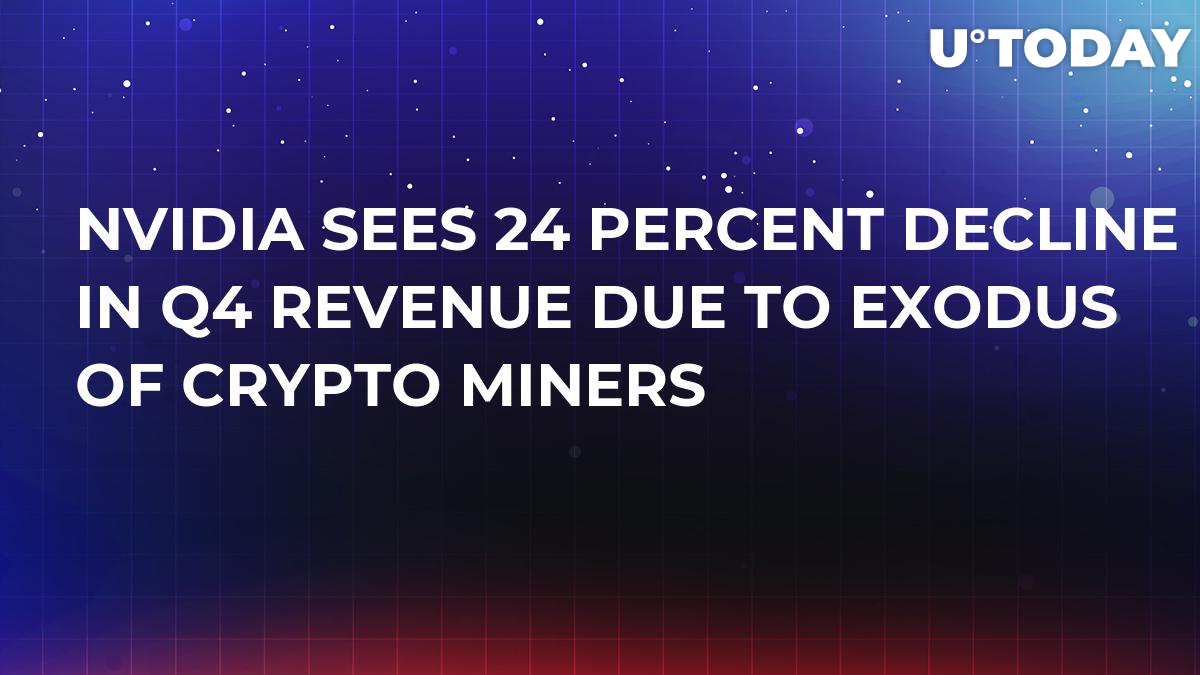 On Feb. 14, Nvidia published a report that vividly shows how the crypto rout affected the sales of the flagship chipmaker. The company’s revenue dropped by a whopping 24 percent compared to Q4 2018 when the cryptocurrency market reached its peak.

According to Nvidia CEO Jensen Huang, the company’s sales were affected by a double-whammy of falling cryptocurrency prices and deteriorating macroeconomic conditions. As Bitcoin mining difficulty continued growing, GPU miners became unprofitable for the average Joe due to the rise of Bitmain and other ASIC manufacturers. Nvidia’s mid-range Pascal GPUs were not in demand anymore, which created an inventory bubble for the leading graphics card manufacturer. Eventually, Nvidia decided to call it quits with the cryptocurrency sector.

Now, even Chinese mining farms that managed to stay in business thanks to inexpensive electricity have closed their doors. However, some low-cost Chinese miners produce 1 BTC for $2,400 by exporting energy from aluminum smelters.

Forget mining, 2018 was still a success

As U.Today reported earlier, Nvidia shares plunged 17 percent on Jan. 28 after the company updated its fiscal Q4 guidance. However, the earnings report, despite its alarming numbers, made the company’s share spike 15 percent since it outperformed the initial predictions. The Santa Clara-based chip manufacturer was expected to earn 75 cents per share, but still managed to scrap 80 cents. Its total revenue in 2018 amounted to $11.72 bln, exceeding last year’s earnings by 21 percent.