David Dinkins
College dorm mining operations may be small, but they are immensely profitable due to free electricity. 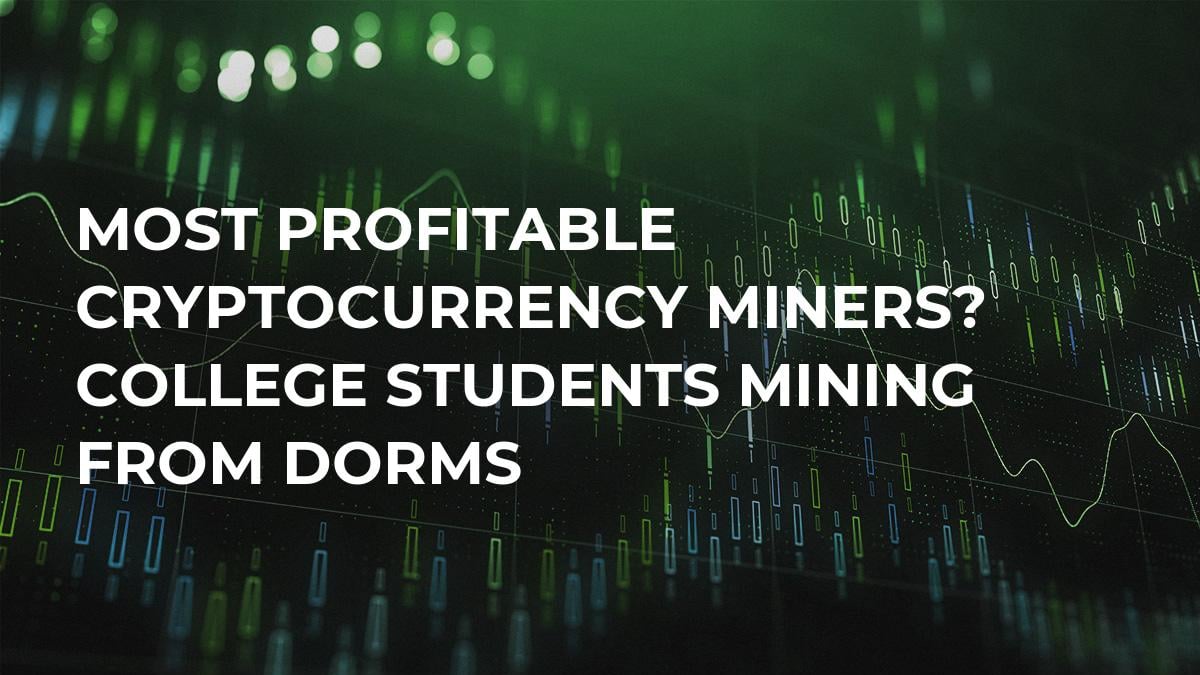 Cryptocurrency mining is surging across college campuses in the United States, as students take advantage of free electricity provided by their dorms. One recent study put the cost of mining a single Bitcoin at $8,000, though areas with inexpensive hydroelectric power can mine a Bitcoin for about $2,000. Nothing beats a college kid in his dorm room though - because his cost basis is $0.

Free electricity drastically changes the cost equation in other ways, too. Industrial-scale miners that have to pay for their electricity typically spend a great deal of money investing in newer, more powerful mining equipment. As mining difficulty rises, old equipment produces less and less rewards for the same energy cost. Buying newer, more powerful miners helps restore balance to the equation. The new machines use about the same amount of electricity but are able to mine more cryptocurrency per watt of power used.

Joey Dilliha at Western Kentucky University realized that if electricity was free, he didn’t need the newest and most powerful mining equipment in order to mine Bitcoin. Due to the speed of Bitcoin’s mining arms race, old, less efficient miners are sold for cheap on eBay. Dilliha found an inexpensive piece of older equipment on eBay, paying $250 for an old Antminer. Because of his free electricity (and free air conditioning), he has already paid for the rig and is turning a profit of $30 per week.

Some colleges, like Stanford, have policies against running miners in dorms. Others, like WKU, have banned the practice as a fire hazard, rather than for economic reasons. While the ethics of mining cryptocurrency on somebody else’s dime may be questionable, college kids in need of funds are sure to take advantage of any opportunity to turn a profit. It’s not surprising that they’ve figured out the free electricity loophole - college kids are smart, by definition, and financial need creates the perfect catalyst for invention.