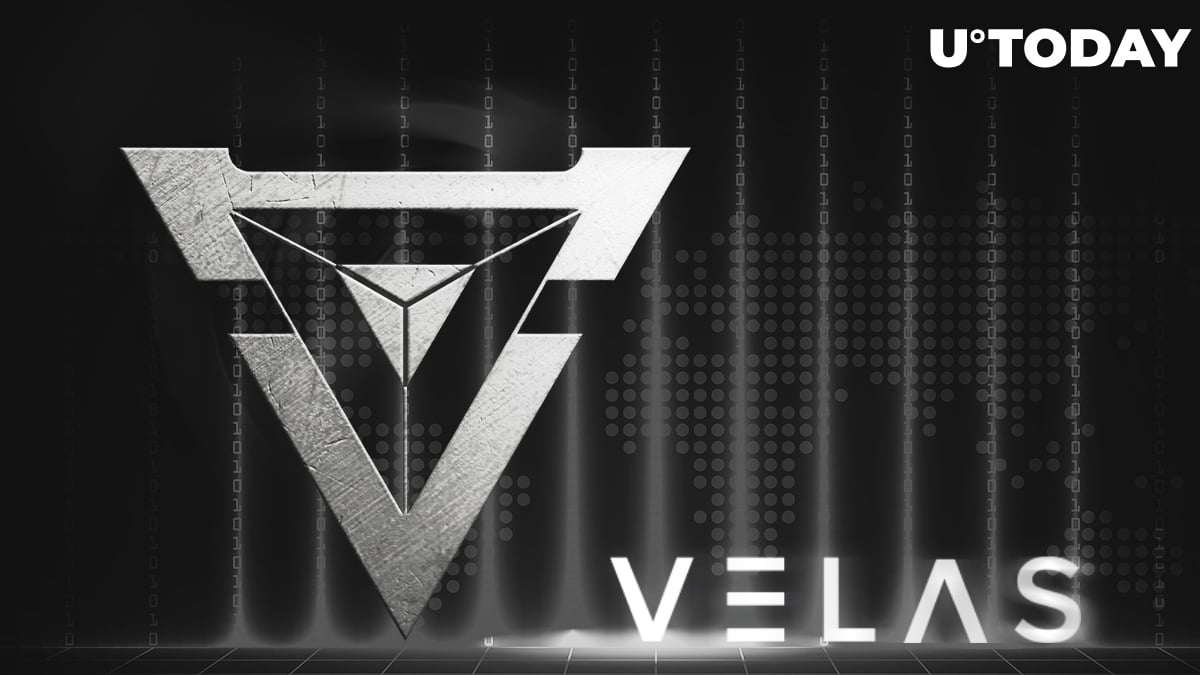 The crypto space is continuously expanding, and so is the number of blockchains. The abundance of projects might seem overwhelming at this point, but that doesn’t mean that new players should be overlooked, as some of them seem to present innovative ideas that could actually push the industry further.

Enter Velas, a type of delegated Proof of Stake (dPoS) blockchain project and an ecosystem on which one can build projects and dApps, tokenize, as well as issue smart contracts practically with almost any cryptocurrency. Still sounds like something you’ve heard many times before? Here comes the twist: this blockchain is enhanced by Artificial Intuition (AI), so a substantial part of the governing is performed by a machine. Well, sort of. Let’s have a closer look.

The Basics: AI and AIDPOS

Velas was founded in 2019 and is currently headquartered in Switzerland. It stands for Virtual Expanding Learning Autonomous System. In the industry where decentralization has yet to be fully implemented by any project regardless of its consensus model of choice, Velas takes a slightly different, newer approach. While drawing upon the DPoS concept, it lets AI be the judge and pick which delegates should govern its network. Moreover, the project aims to address the crypto's persisting scalability issue and strives to make the network more inclusive to delegators and block producers.

Although the project itself is new to the crypto market, it has a team of seasoned international specialists behind its back. It was founded by Alex Alexandrov, who is also the CEO of CoinPayments, the world’s first and largest altcoin payment processing platform.

As mentioned above, the project largely revolves around Artificial intuition, but that doesn’t mean that it solely controlled by some unpredictable robot. In the case of Velas, AI aims to function similarly to human consciousness, or, more specifically, its intuition — according to its creators, at least.

Thus, the consensus model is called AIDPOS (AI-Operated delegated Proof of Stake). As per the technical paper, each node in the blockchain forms its own dataset (or, in other words, a training sample) from the blockchain data. Then, based on this data, the genetic algorithm starts training by utilizing a matrix with random weights, and every next layer is learning from the previous one. The network trains itself before each block cycle until a 70% probability is obtained. After that, the matrix with the smallest error percentage gets loaded into the next era. That allows the network to continuously optimize and expand its efficiencies with AI, all the while imitating human intuition. Essentially, that means that the AI elects the network’s block producers, evaluates the size and timing of those blocks, controls the network’s tempo, etc. — all based on its trained algorithm.

Moreover, Velas takes precautions against 51% attacks and double-spend attacks by implementing a cycle-block every 24 hours, selecting the nodes who have the most stake to represent it. Thus, new blocks must be signed by the 80% of cycle-block nodes — which makes it illogical for intruders to break the system since they will have to own the whole network first in order to do it.

So, as with other DPoS projects, verification of transactions is executed through “staking” (holding) coins on the network, but with some nuances. Validators will be compensated for staking and training the AI by being able to collect network fees over a period of time. The larger the position staked, the more VLX — the native utility token — is assigned. As a result, that PoS approach aims to incentivize sizable, long-term investments, while the AI algorithm ensures effective block producing and transacting, but also behaves as a reputation manager for stakers on the blockchain through evaluating their input and behavior.

The exact amount of VLX supply is 2,000,000,000, with 12.5% locked for the Velas Developer Fund and another 25% for private investors. VLX can reportedly be used to power smart contracts, conduct transactions, or pay fees on Velas Wallet at a 25% discount. In addition, VLX will be used as the primary trading coin for CoinPayments, and will provide 25% trading fee discount as well.

Indeed, the blockchain supports a secure multi-wallet technology which allows for seamless transactions with other blockchains. To achieve that, their wallet allows creation of public and private containers for all of the supported tokens, including Bitcoin and Ethereum, along with other popular cryptocurrencies such as EOS, XRP, and Monero. All containers can be restored from the original seed or private key associated with the Velas Wallet, according to the developers.

Finally, Velas claims that its blockchain has overcome the scalability issue, operating at a hefty 30,000 Tx/sec. That could be compared to VISA’s levels of performance, while top cryptocurrencies like Bitcoin and Ethereum are lagging far behind at 7 and 15 Tx/sec respectively (note it de-facto presents off-chain scalability for those slower tokens through its above mentioned multi-wallet technology).

Thus, to break one of the crypto’s most long-standing curses, Velas blockchain once again makes the best of its AI, which basically clears the ledger from unnecessary workload, allowing either to accelerate or slow down the whole network depending on the functioning capacity. The high speed is also achieved thanks to Schnorr signatures — specific type of multi-signature that provides cryptographic proof when one wallet is owned by multiple parties.

The project  is still on its private sale and is currently preparing to release its multisig wallet. Additionally, its VLX token is expected to get listed on major exchanges later in August.

Early next year, Velas is planning to go full-open source, release a hardware wallet, and launch by Q2 2020.

Overall, Velas seems to be an advanced, highly technically project — which is hardly surprising, given that it actually attempts to add AI into the already-complicated world of blockchain.

If all goes according to plan and the project’s neural network manages to train itself to effectively govern a blockchain network, we could be witnessing an entirely new generation of blockchains, the ones where decentralization is ensured by tamper-proof, impartial algorithms rather than biased parties.