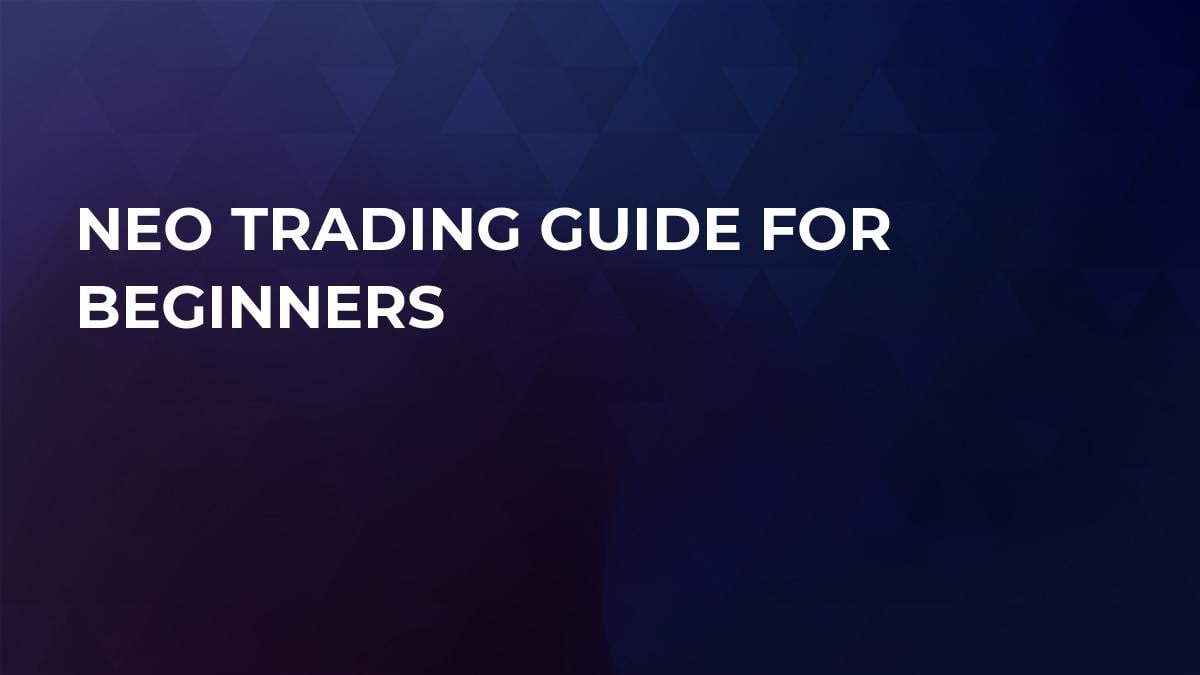 NEO is a rather popular cryptocurrency that attracts investors’ attention. This crypto entered the top 20 and stays there. Daily volumes are high as well as the liquidity. We are going to figure out the reasons for such popularity and cover them main aspects influencing NEO’s price in this guide.

The roots of NEO Blockchain

Nowadays, NEO is the first Chinese Blockchain with an open-source code. It was launched in August 2017. However, the history of this project started earlier, three years ago in 2014.

Da Hongfei, founder of this Blockchain established the Onchain company AntShares. This project had its own crypto ANS, which is abbreviation from AntShares.

The main task of Onchain was to create a totally new financial service, which would connect virtual and real economics. The main tools for this are smart contracts. ANS was initially designed to be a payment mean for smart contracts.

Later, developers decided to rebrand their product and have written new technical docs, changed their website and conducted an ICO. According to the developers, NEO is able to beat Ethereum.

How does it work

The main goal of the company is to create an economic model (so-called Smart Economy) including three main features:

You can digitize your real estate documents and sell them using cryptocurrency without mediators. Developers underline that NEO allows us to digitize and exchange different types of assets including gold, cars, houses, etc. The only thing you need to do is to connect them with digital assets and to make an appropriate smart contract.

NEO offers the following advantages to all users:

Have this system any issues? Are there any disadvantages of the project? Sure there are several. Find them below:

How to mine NEO

Those who want to trade NEO, need to know that this coin has no mining procedure. We have already mentioned this above. The project uses Proof of Stake consensus mechanism instead. The main feature of PoS is that it requires no computational power. Users need to run nodes instead.

The total emission of NEO is 100 mln units. It is already distributed among investors and developers team. There will be no new coins but “stakers” will have an opportunity to earn. There are GAS tokens inside of the system and those who stake NEO within their wallets will be given this inner utility token.

The first significant price growth was fixed during rebranding after transfer from ANS to NEO. The currency reached seven USD and later went upwards again and reached $30-$40. Investors were interested in NEO as developers started to cooperate with Microsoft and develop a new operational Blockchain-based system.

NEO’s capitalization reached $2 mln in August 2017 but one month later the Chinese government banned all ICOs and obliged the company to give the money back to investors. This money flow lead to price decline. NEO cost $7 per coin again.

The team worked on the project and managed to win back their previous positions. They have started cooperation with governmental bodies, listed NEO on Bitfinex and created the next generation NEO 2.0 platform, which may adopt for different services including banking payment systems.

GAS was listed at Poloniex in September 2017. This fact allowed NEO stakers to earn money on tokens that are automatically transferred to their wallets. The price of GAS was even higher than $50.

One of the most important factors why several coins’ price grows is their inflation model. Limited emission will likely create a rise in demand in the future. How does this work? In time, the number of businesses will increase and this will create additional demand for NEO. The price is likely to rise in this case.

However, there are many other things that may positively or negatively influence NEO’s price. They are the following:

The main differences between NEO and Ethereum

Those who want to start NEO trading need to know, that this crypto differs from Ethereum. There are several aspects including consensus mechanisms that are worth attention. The first main aspect is the protocol.

Ethereum uses Proof of Work protocol (the same consensus mechanism that is used in Bitcoin). NEO is based on Proof Stake. The main disadvantages of Proof of Work are known but we are going to refresh them again.

Experts say that Proof of Work systems “eat” too much electricity. This is true as mining rigs are huge nowadays and they consume much energy. However, Ethereum is going to transfer to Proof of Stake in the nearest future.

Another difference between Ethereum and NEO is transaction speed. NEO works on Proof of Stake, which allows to conduct more transactions per second than within the Ethereum network. NEO allows conducting 10,000 TPS as we had already mentioned previously. However, in practice, NEO users do only 1,000 TPS as compared to Ethereum’s 15 TPS.

This huge difference is the main advantage of NEO over Ethereum. However, NEO is less decentralized as Ethereum is. In addition, Buterin and his team are working on improving the network and those plans are included in the roadmap already.

Another big difference is in forks and scalability. Ethereum allows creating forks while there is no such opportunity in NEO. Onchain coin has its finality meaning the information that is written once will not be changed. This is a huge advantage for future users especially for big businesses and financial markets.

Reasons to invest in NEO

Why do traders and investors buy NEO? There are several reasons for this. They are the following:

Most of the time traders who prefer NEO investments and speculative games use technical analysis in order to predict coins’ prices. Market participants often use the whole set of tools in order to find entry points.

The first thing to do when using technical analysis is to find the closest levels in order to understand where the price is likely to stop and to reverse in the nearest future.

The next step is to find trends if there is one. You can use trend line or MA’s with different periods to do this. Finally, you can use other indicators or price action patterns in order to find entry points.

A brief guide on how to start NEO trading

Now it is time, to sum up, and to give the latest recommendations before you are going to start NEO trading. There are several steps to do before placing your first order. Here they are: