FCA's Crypto Derivatives Ban Is Bullish for Bitcoin. Here's Why 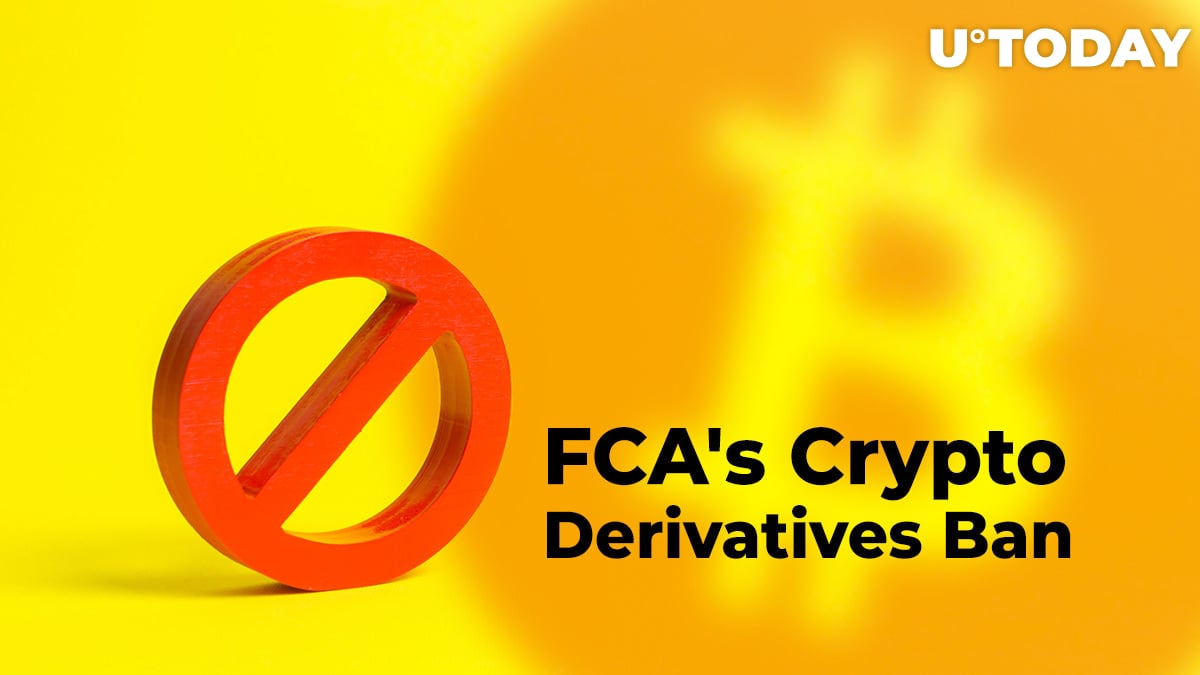 Mike Meyers, chief information officer at fully regulated arbitrage platform ArbiSmart, is not deterred by the U.K. banning cryptocurrency derivatives, claiming that it will have a positive impact on the industry.

In a statement he shared with U.Today, he explains that investors' money will instead flow into Bitcoin and other cryptocurrencies:

I think that in the long term it should have a positive and a bullish impact on Bitcoin price, because if investors do not fall for scams, fraunds and will not lose funds they intended to invest in bitcoin and crypto - eventually their funds will go towards the crypto assets while making the prices increase and have a higher usability and utility.

As reported by U.Today, the Financial Conduct Authority (FCA) imposed a ban on cryptocurrency derivatives such as futures, options and CFDs on Oct. 6, sending shockwaves across the industry.

Starting from Jan. 6, 2021, crypto companies that operate in the U.K. will be prohibited from offering the aforementioned products. The ban does not affect ordinary cryptocurrencies.

The British watchdog initially announced the alarming plan back in October 2019 and only decided to move forward with it after a year of deliberation.

Shielding retail investors from "unexpected losses" was the main impetus behind the clampdown by the FCA. The regulator estimated that Britons would be able to save close to £53 mln ($69 mln) because of its decisive actions.

While the FCA's message about investors having an "inadequate understanding" of derivatives might have struck a nerve as too condescending, Meyers agrees that these instruments are far too complex:

The ban is partially good for the retail investors as usually the crypto derivatives are very complex and not easily understood. Hopefully, the ban will save a lot of investors who do not understand what they are entering into from losing their funds.

The bombshell indictment of BitMEX's cofounders—which conveniently came just days before the FCA news—marked the downfall of the offshore exchange that enjoyed hegemonic power in the crypto derivatives market back in 2018.

Meyers maintains that this sector is still teeming with unscrupulous cowboys, describing some industry practices as "horrible."

Many of the crypto derivatives are offered by criminal organizations and fraudulent companies that have a main goal of taking the investors funds and never giving it back. These practices in the industry are horrible.

BitMEX has earned the reputation of the world's largest casino that lures traders in with eye-popping 100x leverage.

Unregulated derivatives exchanges are rife with manipulations that were responsible for Bitcoin's precipitous crash back in March, as noted by business professor Carol Alexander:

As the S&P 500 crashed in March 2020, gold had its worst week in eight years when it should have been its best, because of massive shorts on COMEX gold futures. Bitcoin has also been driven down by some pretty obvious manipulation bots on the unregulated crypto derivatives exchanges, especially BitMEX.

A drop in the bucket

Reading between the lines of the blanket ban, it seems that the FCA particularly takes issue with cryptocurrencies as an asset class, overstepping its regulatory boundaries.

According to Meyers, the scope of the crackdown should go far beyond crypto derivatives that incur significantly lower losses than unregulated forex brokers:

The problem with the ban is that it is only for crypto derivatives and not others. The amounts of funds lost by investors in crypto derivatives are a drop in the ocean when compared to the amount lost when investing with other practices such as CFD’s, unregulated forex companies etc.