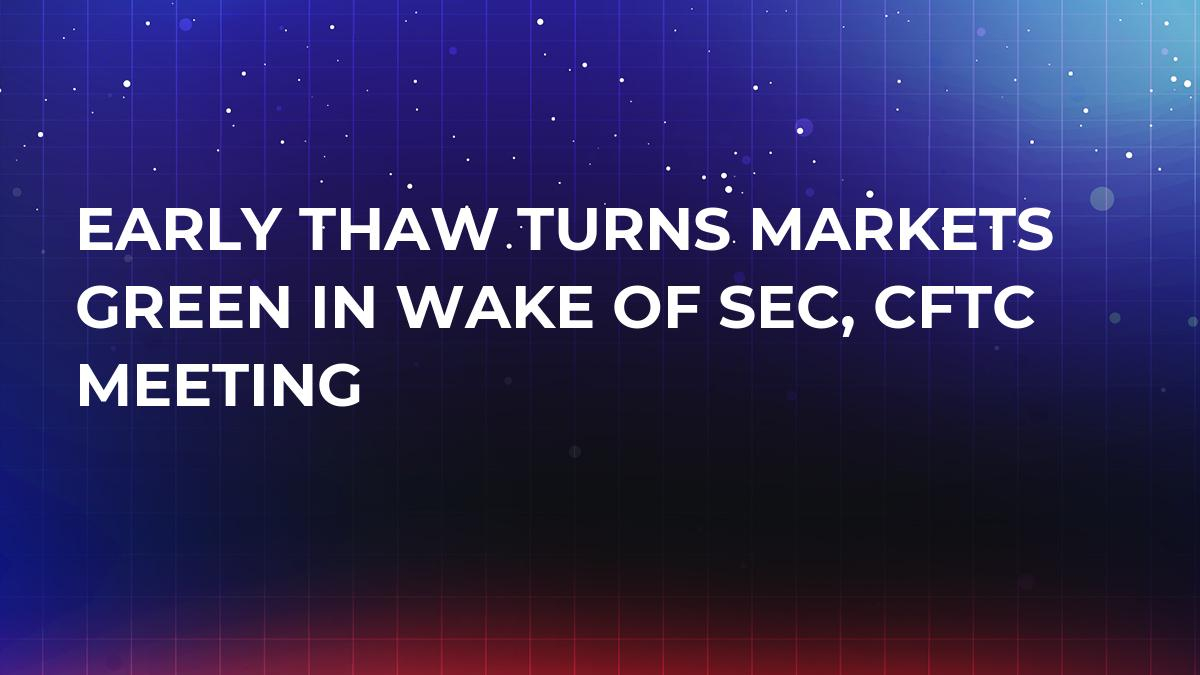 The middle of the week finally brought the long-awaited relief to the souls and peace to the minds of cryptocurrency investors. As of Feb. 7, the market has turned green, and we will go ahead and say that the crisis has passed. A number of factors are contributing to the thaw. The first and main factor is that even panic sales could not lower Bitcoin price below the $6,000 level, of which we wrote earlier. Second, the results of the SEC and CFTC meeting, which took place on the morning of Feb. 6, can be assessed as generally encouraging for the crypto industry. The main thesis, running as a refrain through the presenters’ arguments, was "do no harm." And third, the US stock markets were able to reclaim part of the fall and close with a gain in comparison with the previous trading session.

As a result of these events, Bitcoin price stabilized at $7,500, and the total capitalization of the cryptocurrency market increased by 18 percent to $355 bln. The absolute leaders in gains among the top 10 were NEM and NEO with gains of 36 and 35 percent respectively. Both coins have gone through a lot in the past week and now they are actively catching up. EOS is also doing well with a price increase of 24 percent in the day. For the second day in a row, Bitcoin Cash is among the outsiders, this time with a decrease of nine percent.

In previous reviews, we have drawn readers’ attention to the fact that Bitcoin share is increasing, as investors prefer to wait out the market fall in a more stable and predictable asset. Lo and behold, with the market trend reversal, this tendency is changing as well. For now, Bitcoin dominance fell by one percent while other assets are showing faster growth. We will continue to monitor the situation.

As we predicted in the previous review, Bitcoin buyers protected the $6,000 level. On the daily chart, we see a "hammer" type candlestick the shadow of which rests on the support level. Such a formation is a reversal model, indicating the possibility of an imminent turnaround. 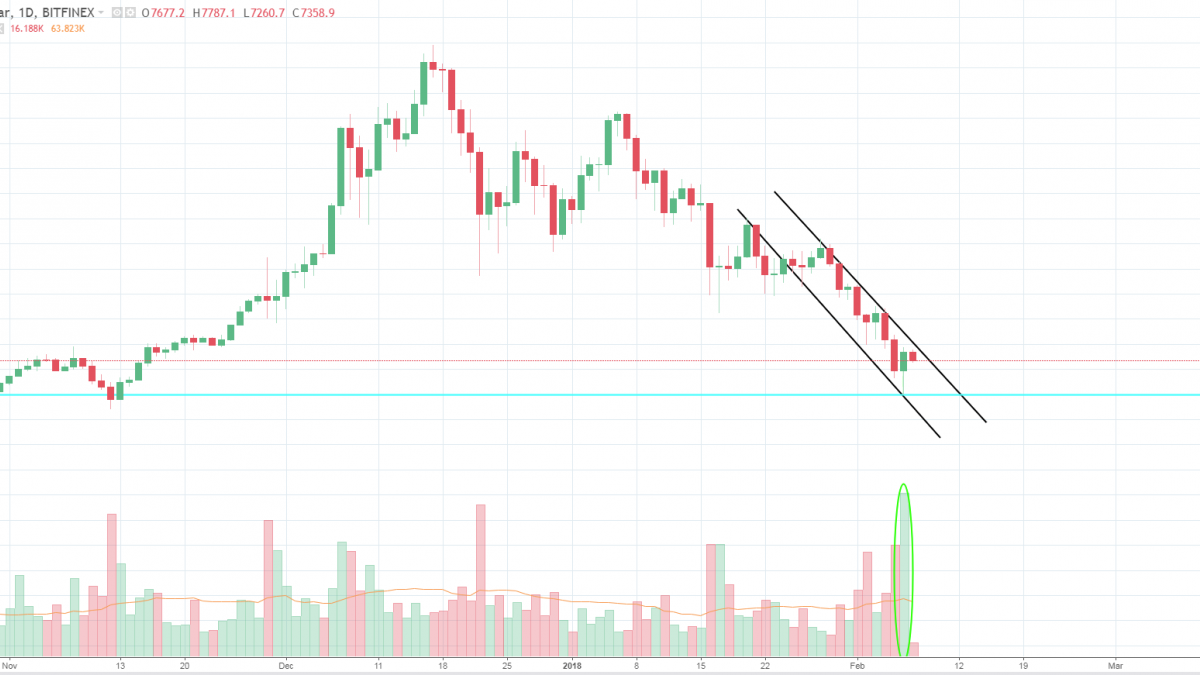 In addition, special attention should be given to the huge trading volumes that formed this candlestick. We haven’t seen such strong one-day tradings since November 2015, which means that $6,000 has become even stronger as a key support level.

A more detailed examination of the graph allows us to make predictions about further price movements. In the course of the correction, Bitcoin sellers have done a lot of damage and now a lot of hurdles stand in the way to active growth. 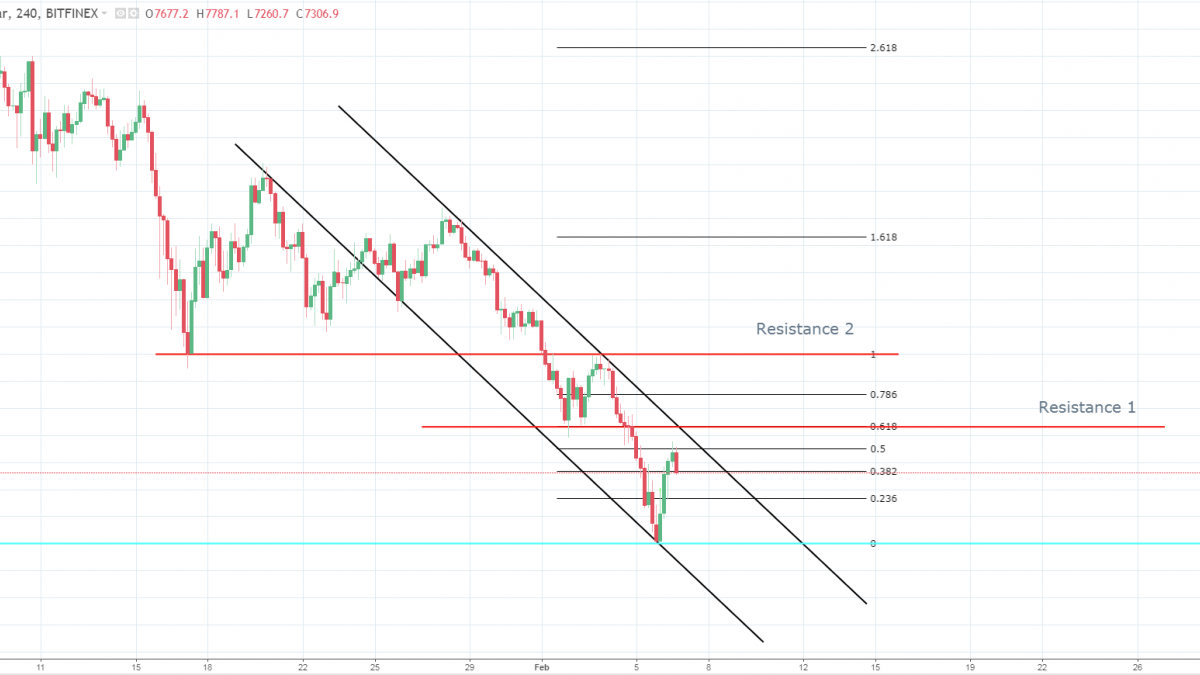 The nearest levels are $8,150 and $9,500. The first is formed by the upper boundary of the last relevant downward channel and the 0.618 Fibonacci retracement; the second by the mirror level of support-resistance, where a significant volume was traded. We recommend that cautious buyers wait for the price to stabilize above the first specified level before increasing purchases.

The NEM heist scandal, the theft of $500 mln of NEM from the Coincheck exchange, seems only to fuel interest in this cryptocurrency. Besides, the global correction allowed those who had not added this currency to their portfolio before to do so at a reasonable price. It should be noted that any purchases in the current situation should be done with an eye toward Bitcoin price movements. 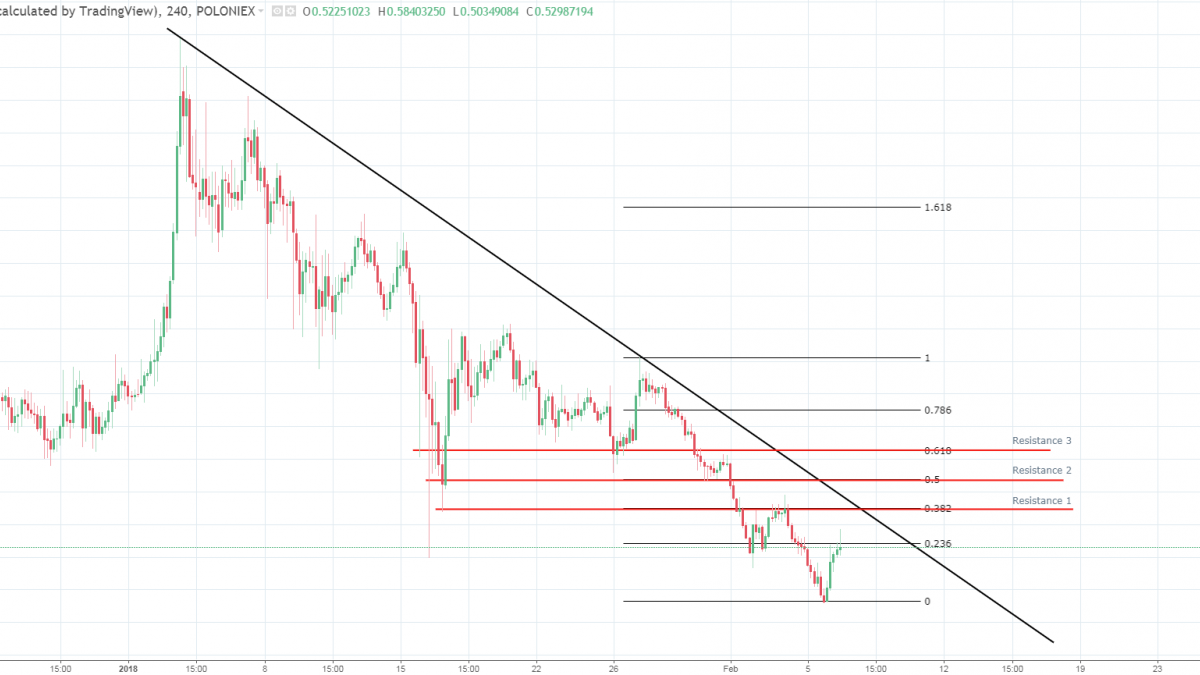 The first and the strongest resistance at the moment is $0.65. It is formed by the upper boundary of the long-term downward channel and the 0.0382 level of the Fibonacci grid. We don’t expect this resistance to be cleared on the first attempt. Purchases are recommended only if the price stabilizes at a higher value.

Over the last 24 hours, NEO showed significant growth and settled in the $95 area. Readers who followed our advice and increased their long positions can expect good profits in the future. During the recovery, NEO price easily broke through the upper boundary of the descending channel, which is an encouraging sign. 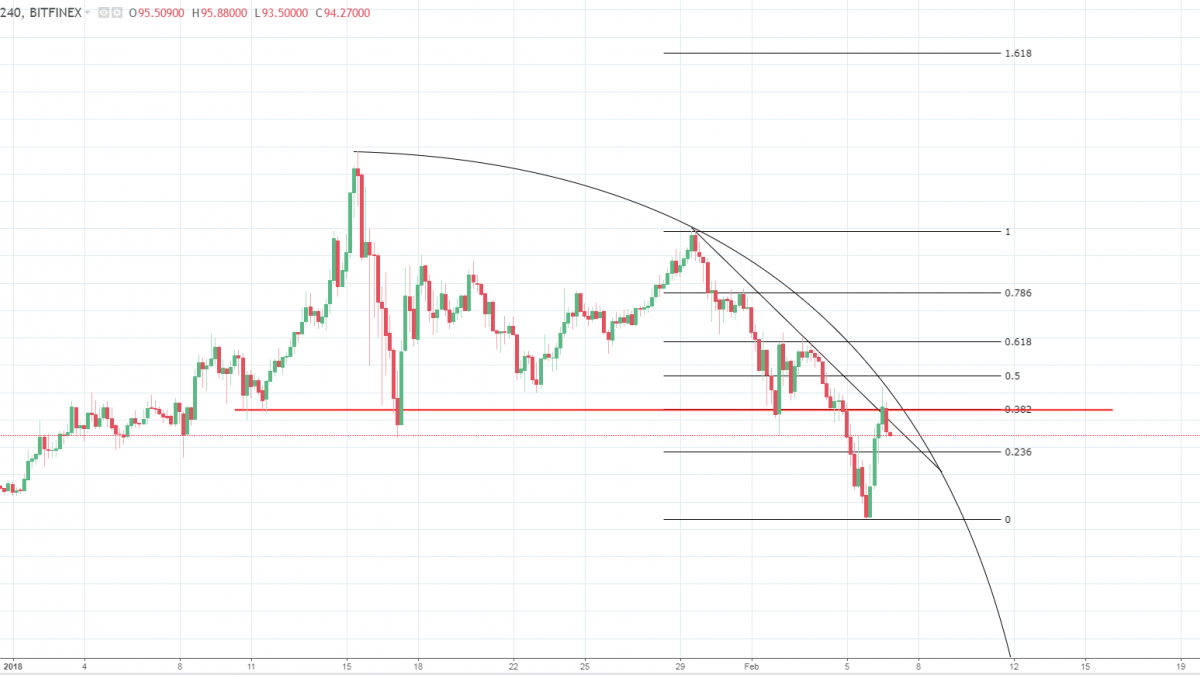 Rapid growth, however, was impeded by the $105 resistance level which acted as a support earlier. In the current situation, additional purchases are unadvised because with a moderate decrease in Bitcoin price we could see NEO price at $85 again. In any case, the asset seems attractive and we will continue to monitor its price fluctuations.