Urvashi Verma
The cryptocurrency market plummets by more than $50 bln due to raid on South Korean crypto exchange UPbit and Mt. Gox sell-off of more than 8,000 Bitcoin 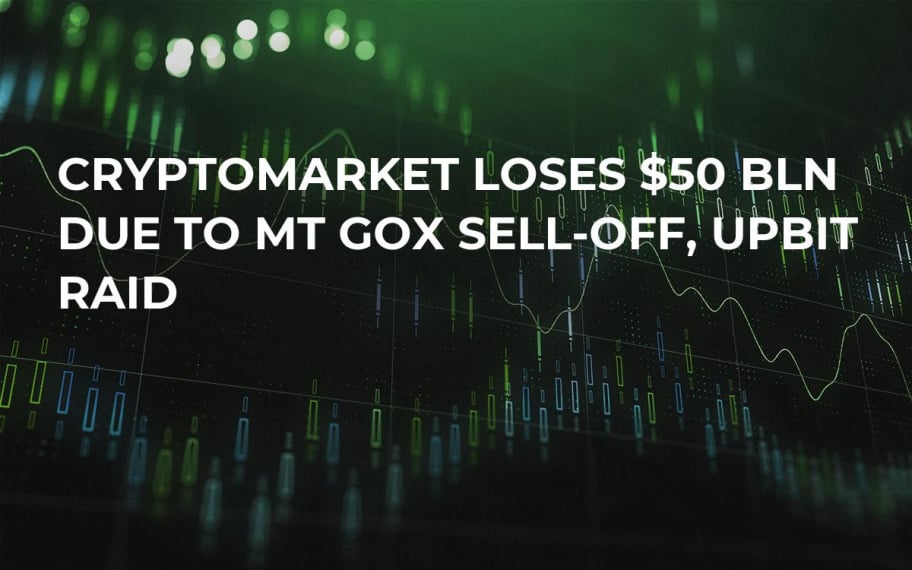 In the past 24 hours, the cryptocurrency market has plummeted with more than $50 bln in losses as Bitcoin price declined by more than eight percent to $8,628, taking down other cryptocurrencies with it.

Factors for the precipitous decline include the sell-off by South Korean traders after a police raid of UPbit, a South Korean exchange yesterday, and the sale of more than 8,000 Bitcoin by Mt. Gox trustee, previously planned for late September.

Allegations against UPbit include fraud and illicit movement of client funds to the accounts of the exchange’s executives, according to sources.

“We have secured hard disks and accounting books through confiscation. Analysis is expected to take days.”

A final report on the case is expected on Monday next week.

Despite the after-effects from the sudden sell-off by Mt. Gox and knee-jerk reaction by South Korean traders, adoption by Wall Street’s financial institutions, the New York Stock Exchange (NYSE) and Goldman Sachs, should lead markets to surge in short- to mid-term, experts say.