Crypto Canal: Women in Blockchain Put Amsterdam on the Map 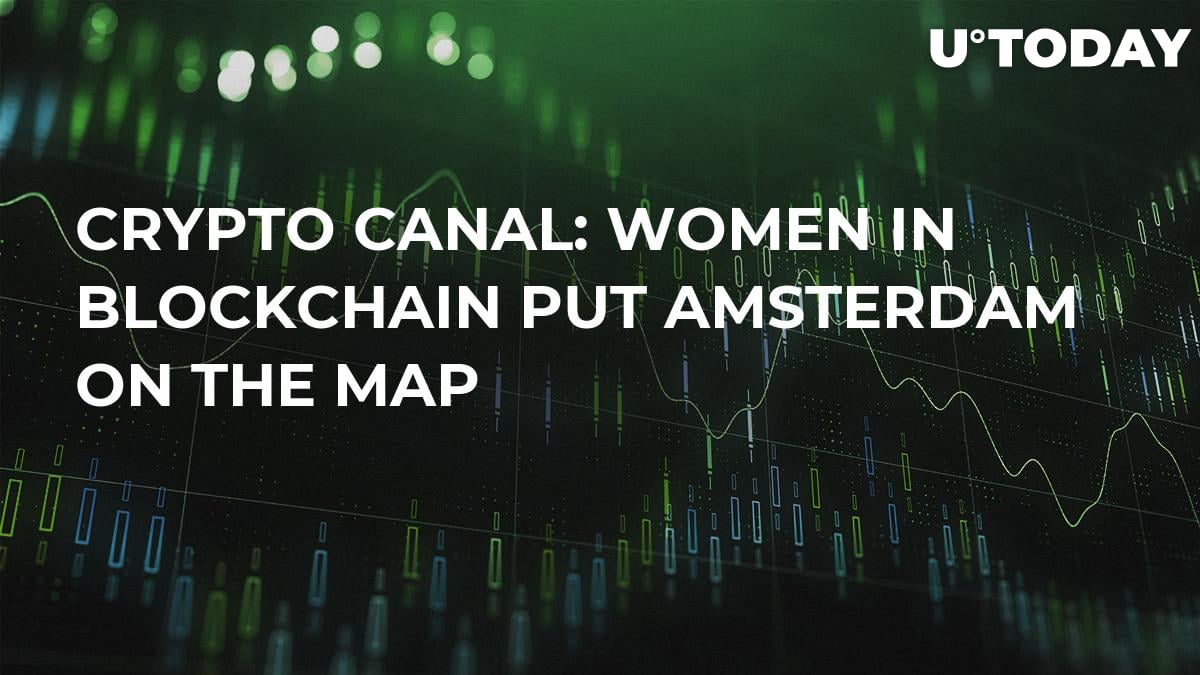 One of the distinguishing traits of the crypto community is its truly global scope. The principles of decentralization and a low barrier to entry are what make Blockchain such a great tool for promoting transparency, accountability and democratic participation. Given enough awareness, initiative and an internet connection, any place in the world can become a hub of Blockchain activity.

Europe boasts quite a few crypto hotspots, including London, Berlin and, of course, Malta. The Netherlands has a vibrant entrepreneurial culture and are consistently rated as having one of the highest qualities of life in the world, so it’s not surprising to see more public crypto events in Amsterdam. The city is also home to one of the global offices of Bitmain Technologies.

BTC.com, the digital platform founded by Bitmain to provide services for Bitcoin users, miners and developers recently hosted Bitcoin Fundamentalks: Women in Blockchain Special in Amsterdam. The event featured an expert panel, assistance with the BTC.com wallet installation and a Bitcoin Cash drop. U.Today spoke to the panelists about the Netherlands’ crypto community and the way Blockchain is changing the entrepreneurial landscape for women everywhere.

Blockchain in the Netherlands

U.Today: How would you compare the level of Blockchain and crypto adoption in the Netherlands to the rest of the world?

Nikol Daru: The Netherlands is a global leader in technological innovation and development, reflected in the active and vibrant Dutch cryptocurrency community. There are also many well-known crypto companies located in Amsterdam, that's why we use the term #Crypto Canal.

Valeria Ferrari: The interest is high within the public– big and small firms are not hesitating to invest in Blockchain expertise and implementation. Being a country that is responsive to new opportunities for economic and societal growth, the government of the Netherlands is promoting the industry and exploring the adoption of Blockchain for administrative purposes.

Berit Fuss: I am seriously impressed by the amount of organizations in the Netherlands that are exploring the technology. We also have a government that has a very proactive attitude towards Blockchain technology, something that you only see in a few other places in the world.

Jana Petkanic: Emerging economies have a real need for Blockchain, due to highly corrupted governance entities. However, R&D is more advanced in developed economies, so I think we shall be spreading the knowledge to those poorly facilitated regions.

UT: How has Blockchain changed the circumstances for women entrepreneurs in your experience?

Berit Fuss: I am not sure a lot has really changed, but all the developments and attention surrounding Blockchain technology have created a bigger stage for women who are also entrepreneurs to shine. I think that in a field as new as Blockchain technology, where there are few experts, it might be easier to claim a spot and get attention for the great work you (as a woman) are doing than in an established male-dominated scenario.

Valeria Ferrari: As a technology that has profound implications on the way information, wealth and thus power are managed and distributed among the members of a community, Blockchain inspires the disruption of established financial and business models, which are the heritage of centuries of white-male-dominated economies. In the Blockchain space, women contribute in defining how Blockchain can beneficially change some areas and aspects of an economy, but the number of women in this industry is still low– I hope to see a growing number of initiatives fostered by feminine-thinking.

Jana Petkanic: Blockchain itself hasn't changed anything, but I envision more women entering this industry in the future because Blockchain naturally reinforces principles of fairness, democracy and common good– features that women are more attentive and sensitive towards.

Nikol Daru: I don't think that Blockchain has specifically changed the overarching position of women to start or scale their own companies. But because of its open protocol, Blockchain is blind to gender-bias and allows any entrepreneur to kickstart their project given the possibility of crowdfunding via ICOs.

UT: What are some of the most important takeaways from the Bitcoin Fundamentalks: Women in Blockchain special?

Nikol Daru: We had a huge amount of interest, the event filled up in less than two days, and the turnout was great. The talk attracted over 100 women, and they said they felt invited here in a way they wouldn’t have at a regular Blockchain event.

Marieke de Ruyter de Wildt: We were very surprised that some women apparently feel more welcomed by having “women” in the title of an event.

Valeria Ferrari: The presence of so many ladies at this event was surprising for those who regularly attend crypto-related events in Amsterdam. In my opinion, this highlights that women are interested in the topic, but scared away from regular meetups by other circumstances such as fear of not being informed enough or encountering a closed community.

Berit Fuss: Many attendees said that they needed that little nudge of a women’s event to actually attend a tech-focused meetup. It was interesting to see that there were so many beginners on the topic, but a lot of these women had really interesting profiles. Lawyers, creatives, designers, UX-ers, entrepreneurs– these are all people we need to not only mature the pure tech itself but to create applications and experiences that people will be able to use.

Valeria Ferrari: It was amazing to see how everyone was interested in discovering not only how cryptocurrencies work but also how Blockchain could be used in their domain of expertise.

Related
Unicorn Ladies of Blockchain: From Marissa Mayer to Other Role Models

Stepping out of the Blockchain bubble

UT: What kind of initiatives would you like to see more of in the crypto community, both in Amsterdam and globally?

Nikol Daru: There is a large and critical population that is being underserved by the current meetup landscape: beginners. We need more knowledge bootcamps and meetups with a focus on practical learning. With the Fundamentalks series, we aim to bring everyone up to speed, so they can have a foundation from which to develop a critical understanding of the space. There is a serious need for content that helps people orientate themselves within this chaotic and fast-paced industry.

Valeria Ferrari: I believe that the Blockchain community should step out of its bubble, and interact more with other tech hubs in Amsterdam and in the rest of the world. For instance, I would like to see the young, vibrant startup environment of Amsterdam joining forces with the crypto community to create approachable, mainstream Blockchain-based solutions in fields such as the art and the food industry.

Jana Petkanic: We need more involved parties outside the community- cryptocurrencies will concern everyone in the near future, and I would appreciate if the mainstream media and public institutions showed a real interest in promoting non-biased information about this field.

Berit Fuss: We need to keep adding people with a variety of expertise to our Blockchain/crypto family in order to make applications practically usable. We need to create more tools for developers to build better applications. We need to keep bridging the gap between large organizations, governments and startups.

Technology by people, for people

UT: Do you find that people who are new to the industry find it difficult to place their trust and business in the hands of new technology? How can they be convinced?

Berit Fuss: One of the early things I usually talk about with any person or organization I work with is that any technology is created by people and used by people. There is not some magic wand that will solve the world’s problems. This also means that people quickly understand that they have a role to play, whether that is to contribute, to collaborate or to voice their needs as a user. For me, it is not so much convincing people to put their faith fully in technology but letting people see the possibilities of technological development, and help them figure out how they can contribute and benefit.

Marieke de Ruyter de Wildt: The fact that technology needs to be demystified is nothing new and not Blockchain specific. Of course, the majority of people are tech-illiterate, hence also Blockchain-illiterate and require initial guidance.

Valeria Ferrari: Companies work for the logic of profit and this will not be disrupted by technology. What the technology does is allow us to think about new models of managing value and information, cutting costs in some domains, improving transparency in others, and potentially mitigating the capitalistic and secretive accumulation of data by tech-giants and finance firms. These kinds of improvements, however, can only be fostered if the awareness of people about existing problems is strong enough to force businesses to change.

Jana Petkanic: My greatest interest is not to convince, but to inspire. I believe everyone will understand the potential of Blockchain at the right moment.

Nikol Daru: I have no doubt that global adoption will happen because of people who are passionate about crypto and share their interest with others. Our community is very social and most people learn about crypto from a friend. We hope that people who attend our events will continue the butterfly effect and share their new knowledge with their friends.