Denys Serhiichuk
Can one expect a market reversal soon? 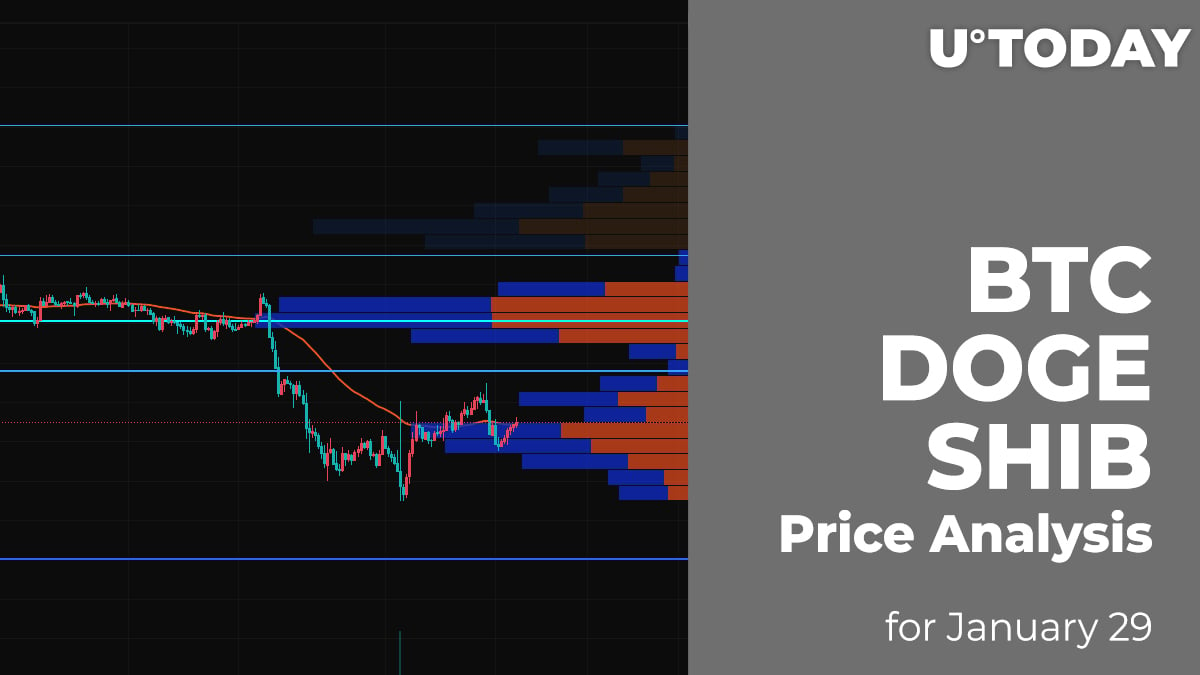 Most of the coins have returned to the bullish trend at the beginning of the weekend.

Bitcoin (BTC) has started the weekend with continued growth, rising by 3.24%.

On the daily chart, Bitcoin (BTC) is coming back to the recently formed local resistance level at $38,050 against the declining trading volume. If bulls can break it and fix above, there are high chances to see a test of the zone around $40,000 next week.

Despite today's rise, the rate of DOGE remains trading in the channel between the support at $0.1310 and the resistance at $0.1506. In this case, neither bulls nor bears are dominating while the meme coin is trading sideways. However, if the price slightly approaches the $0.1506 mark, one may expect a bullish trend reversal.

SHIB is not an exception to the rule, rising by almost 3% over the last 24 hours.

From the technical point of view, SHIB is trading similarly to DOGE as the price is located in the middle of the channel. Currently, one needs to pay close attention to the support and resistance levels. If bulls cannot fix above the zone of $0.000020, there is a possibility to see the retest of the resistance soon.