Urvashi Verma
VC firms are acutely aware of the potential of Blockchain to transform our world. While many companies will build solutions; which ones will succeed? 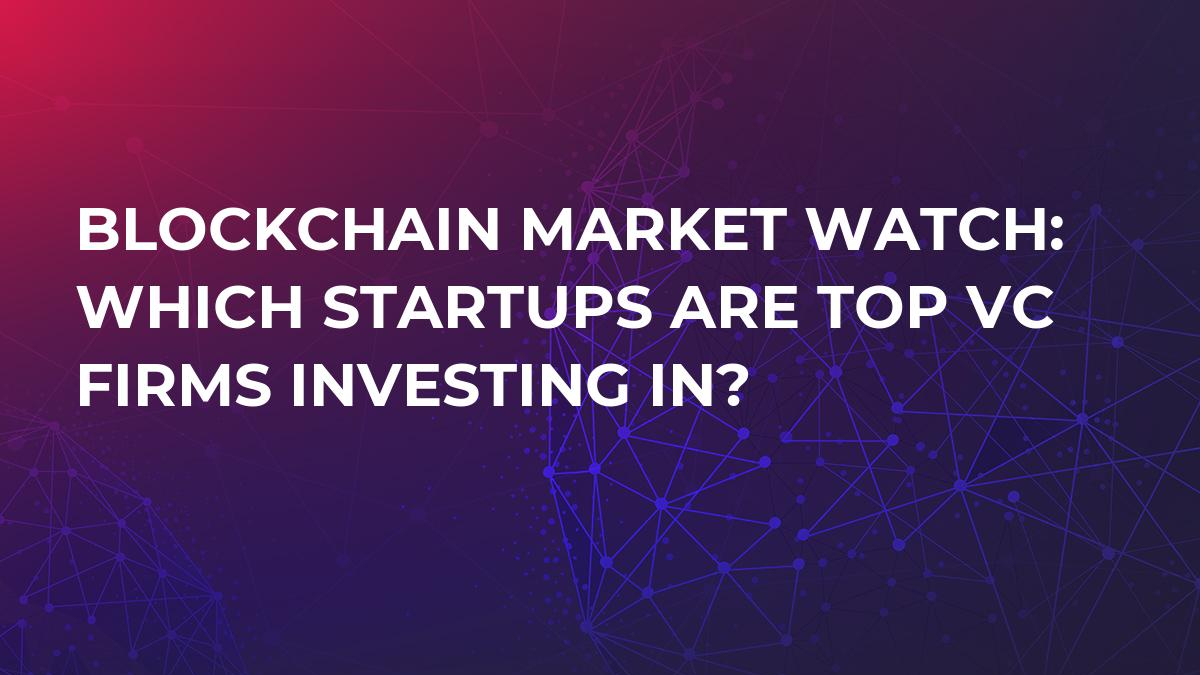 VC firms are acutely aware of the potential of Blockchain to transform our world. While many companies will build solutions; which ones will succeed?

Two venture capital firms, Andreessen Horowitz (Andreessen) and Union Square Venture (USV) may have cracked the formula of how to make future bets on Blockchain.  Both have been investing in blockchain-based technologies and cryptocurrencies since 2013, according to CB Insights.

The demand for blockchain technology solutions is expected to increase rapidly due to the growing adoption of its distributed ledger technology. Global blockchain market size is expected to grow to 7.6 bln by 2022 from 411.5 mln last year, according to a report from Research and Markets.

Factors fueling the exponential growth of the Blockchain market have been the rising cryptocurrency market capitalization rates and initial coin offerings combined with the benefits of processing transactions, the report says.

Investors have been pouring funds into decentralized applications (dApps).

CryptoKitties, a decentralized app crypto-collectible digital cats raised $12 mln Series A at the end of March.  CryptoKitties, built using Ethereum, are digital pieces of content that are unique, have a fixed number that someone can own, buy, sell, trade.  USV described CryptoKitties, as digital collectibles that could not have existed before the emergence of Blockchain.

“We think digital collectibles and all of the games they enable will be one of the, if not the first, big consumer use cases for blockchain technologies.”

Andreessen recently invested in Dfinity a startup that plans to create a decentralized cloud capable of competing with Ethereum and other smart contract platforms. The company received  $61 mln in Feb. and intends to use them to incentivize developers to build on its cloud, according to CB Insights.

USV’s 2018 investments target cryptocurrency startups like Algorand and Chia that are capable of building products that take direct aim at the existing limitations of Bitcoin. Algorand, a startup which is building a high-speed blockchain-based payments protocol raised $4 mln in its seed funding round in Feb.

Chia is a new cryptocurrency, which garnered $3.4 mln in seed funding at the end of March. The company says it uses a more energy-efficient mechanism than Bitcoin’s Proof of Work. While Bitcoin has a much more substantial market presence at this time; these companies are poised to challenge Bitcoin’s new Lightning Network, experts say.