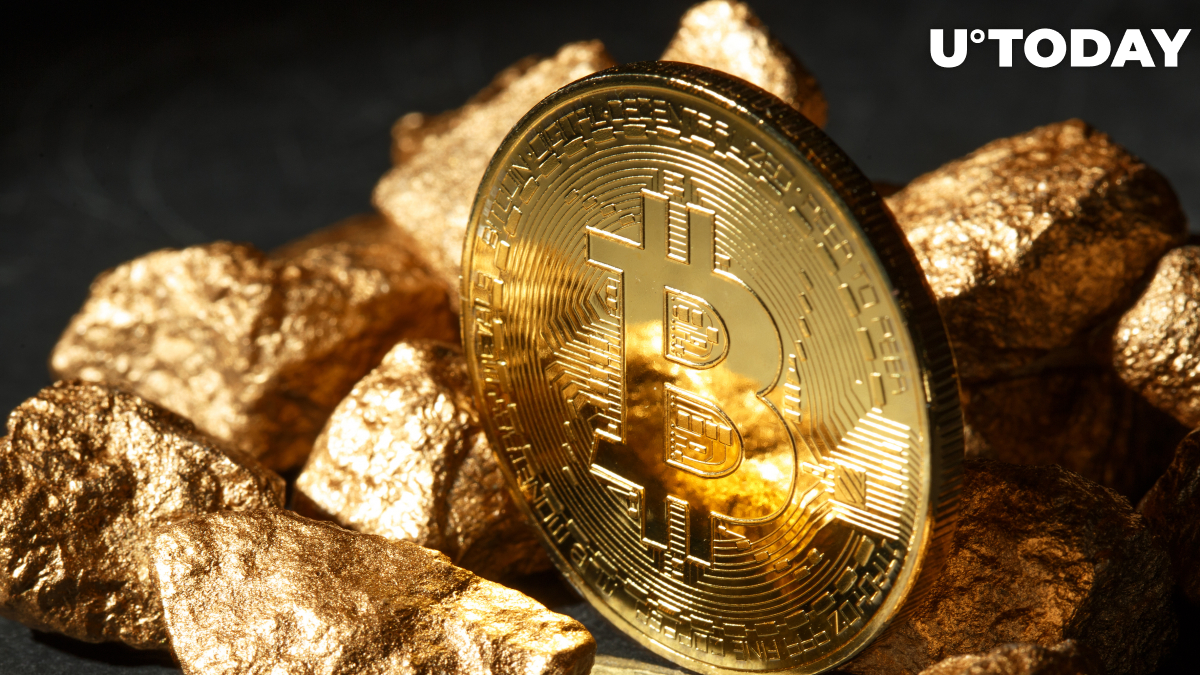 In fact, he’s convinced that the lustrous metal will never be replaced by its rapidly growing digital version.

While acknowledging Bitcoin as a competitor to gold, he notes that its liquidity is actually way too low:

I think you have to have those conversations, but you look at the liquidity in bitcoin. It’s a small market.

Meanwhile, Eagle touts gold as a very large and liquid market that has been around for thousands of years.

Gold has proven its ability over many many years to be a strong store-of-wealth portfolio diversifier. It still plays a major role in people’s portfolios. That’s not going to disappear just because there’s another option in terms of digital currencies.

He also adds that central banks across the globe have been adding gold to their reserves.

The rivalry is real

While Bitcoin’s market cap represents only a fraction of that of gold, it is catching up fast. As reported by U.Today, the largest digital currency recently eclipsed $900 billion for the first time. The market cap of gold is estimated to be over $10 trillion.

With the likes of Tesla adopting Bitcoin as a reserve currency, it’s all but certain that it is now viewed as a serious gold rival.

BTC continues to print new all-time highs against the yellow metal as the latter is struggling to post significant gains in 2021. One Bitcoin is worth over 26 ounces of gold at press time.