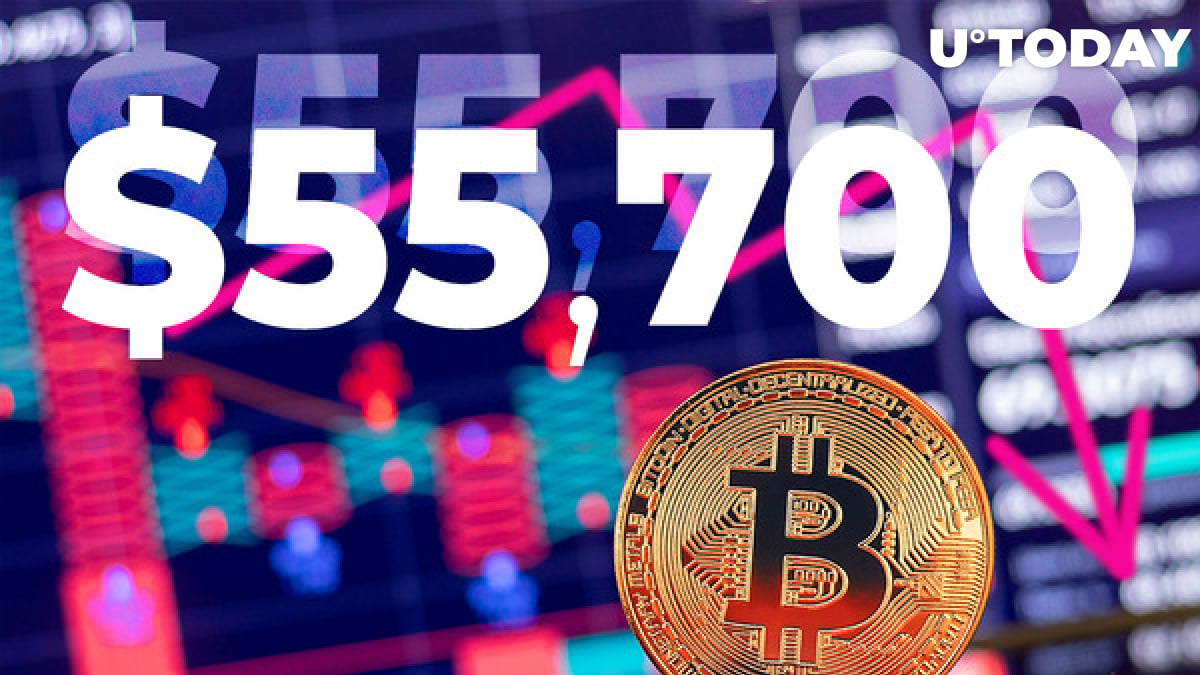 In the past hour, the major global cryptocurrency has extended its drop, having touched the $54,128 level during the early trading session in London.

By now, Bitcoin has demonstrated a slight recovery to $55,588 but is still showing a red candle on the chart.

Bitcoin is dropping from its $61,700 all-time high

BTC began declining on Sunday on the news that the Indian government intends to propose a total cryptocurrency ban in the country, even prohibiting users to hold Bitcoin and other crypto. On Sunday, BTC hit a new all-time high of $61,700.

In 2018, India had already initiated a crypto ban when the Reserve Bank of India (RBI) restricted banks from serving companies dealing with digital currencies—mainly crypto exchanges.

This caused many of the local trading platforms to switch to P2P trading, while many were also put out of business.

However, RBI faced a legal suit from the community and the Supreme Court lifted the ban in the spring of 2020.

In China, a crypto ban has been around since September 2017, but it covers only ICOs and crypto trading. Users are allowed to own BTC and other cryptocurrencies, which are even protected by the law as private property.

Users are also allowed to mine cryptocurrencies, although it has been reported recently—and last fall—that China plans to shut down the crypto mining industry.

$1 billion worth of Bitcoin liquidated

It has been also reported that approximately $1 billion worth of BTC has been liquidated accross exchanges, mainly Binance and Bybit which offer the biggest leverages to traders.