Andrew Strogoff
For top 20 cryptocurrencies, the next step is around the corner 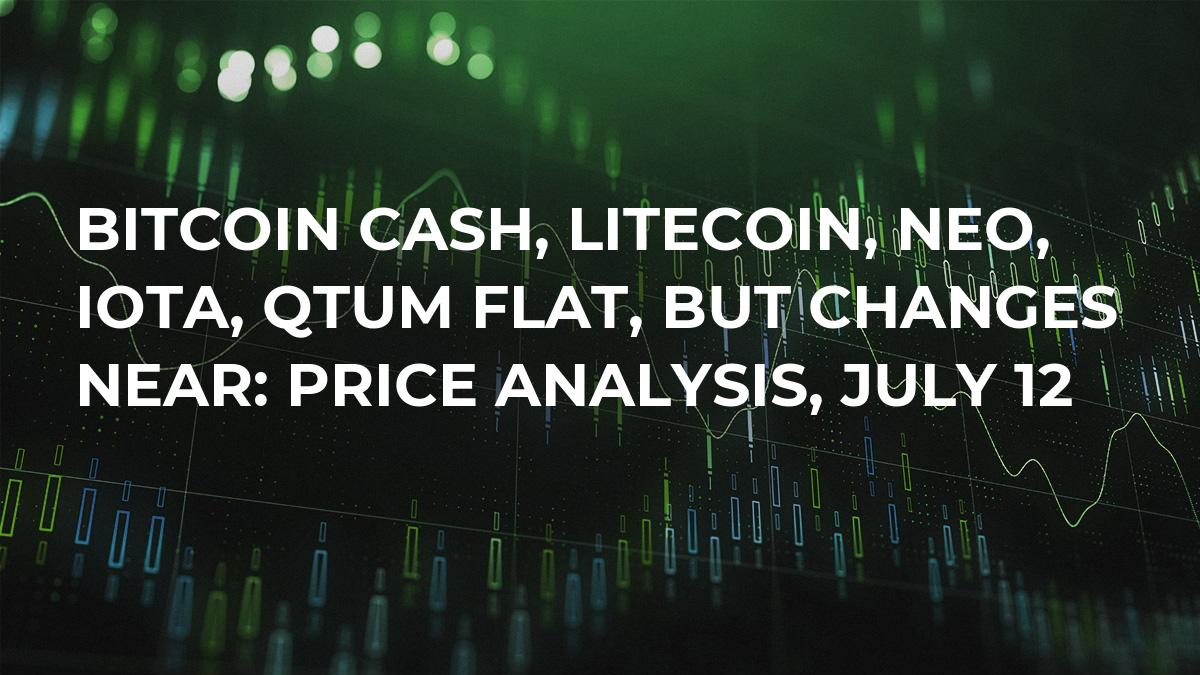 The crypto market “was sleeping” on Wednesday as nothing serious happened. Most of the major cryptocurrencies remained flat as buyers and sellers have found a balance. However, this situation is likely to change in the nearest future.

There are no events to affect coin prices currently, but we are going to mention a couple of interesting news here. The Korean Blockchain Association has tested local exchanges and stated that 12 major trading places have a high-security level. It is important to mention, that the majority of those exchanges were subject to hacker attacks in the past.

McAfee’s war against HitBTC still rages on. He has lost the first round as his verbal calls remained almost unnoticed by the crypto community. Famous coins and ICOs’ oracles decided to make another round of war, but this time, McAfee and collected all the information from the victims of this exchange in order to start a  legal procedure.

Bitcoin Cash has broken its uptrend on Tuesday-Wednesday and declined. The currency pair added almost nothing in the past 24 hours as we have a very narrow flat situation on the chart. It is hard to say whether bulls or bears are going to take control over the market. 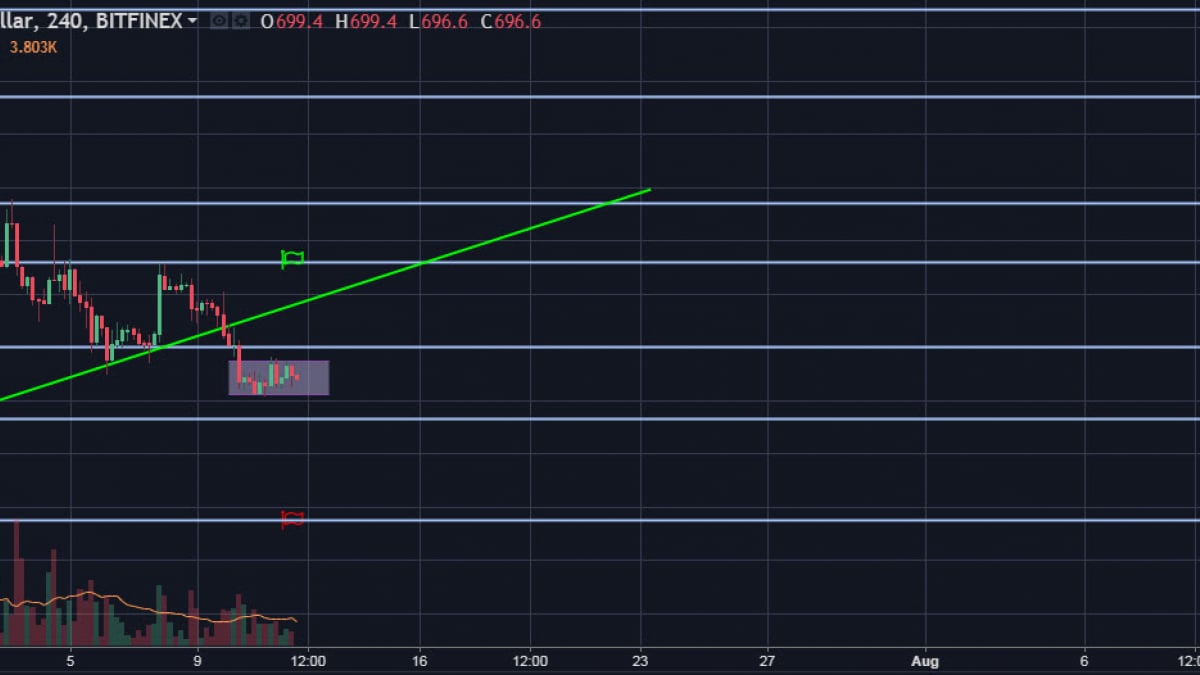 The currency pair has broken through the green ascending trend line and successfully tested the support area at $720.1. It stays below this level in the moment of writing. The currency pair is close to June’s lows but it is hard to say currently whether BCH/USD is going to reach them or reverse from the current position.

We give a chance for both scenarios on Thursday as there are no signals or even hints on future price fluctuations currently. We think that bears still have power and control over the market and are able to push Bitcoin Cash to June’s lows. Perhaps, this scenario is vital.

However, bulls prevent them from smashing the price currently. Buyers also have a chance to reverse the situation in their favor.

Litecoin fluctuated in a wider range on Wednesday. Litecoin added half a percent in the past 24 hours, but the situation remains neutral. Neither sellers nor buyers control the market currently. 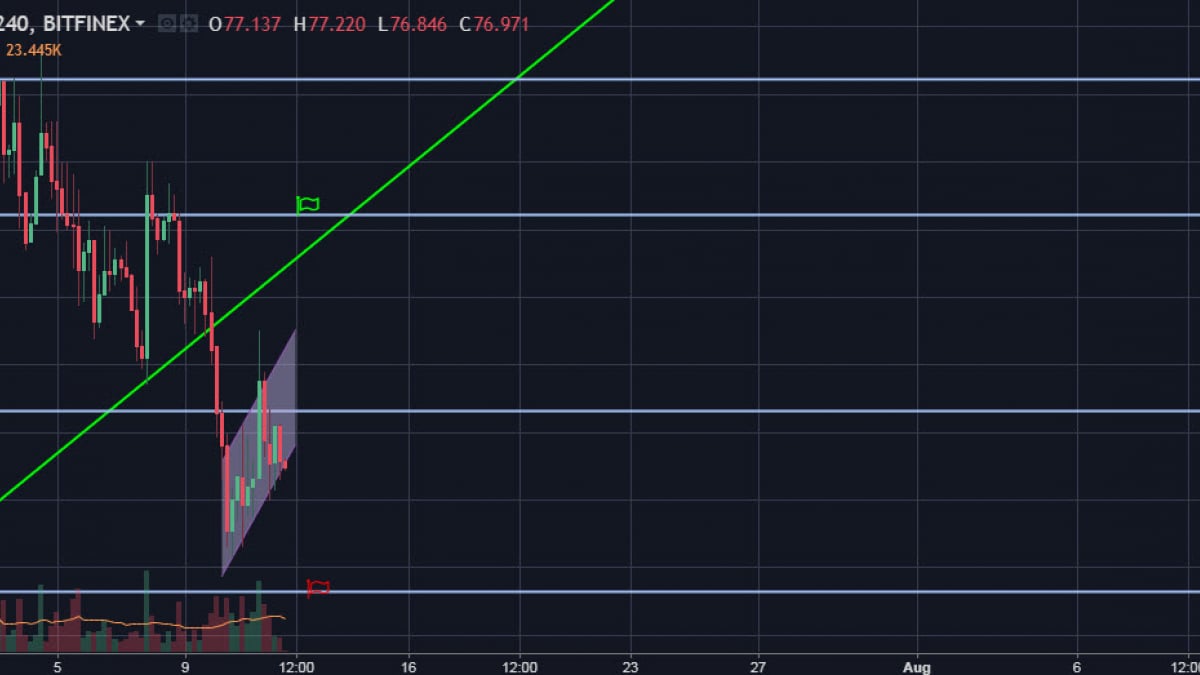 Litecoin has successfully tested the ascending trend line on Tuesday and has broken through the support area at $78.62 later. The currency pair currently stays below this level. There is a kind of bearish flag pattern on the four hour chart.

If the flag works, we think that Litecoin will be able to test June’s lows in the nearest future. The target for the currency pair lies at the support area of $73.28. This is the first and nearest target for LTC/USD.

The alternative scenario for the currency pair is growth towards the resistance area at $84.44. However, we think that this one is less probable in the nearest future.

NEO stopped declining on Thursday. The currency pair is flat currently. NEO/USD has lost almost two percent in the past 24 hours. However, the situation remains neutral as bulls and bears have found balance. 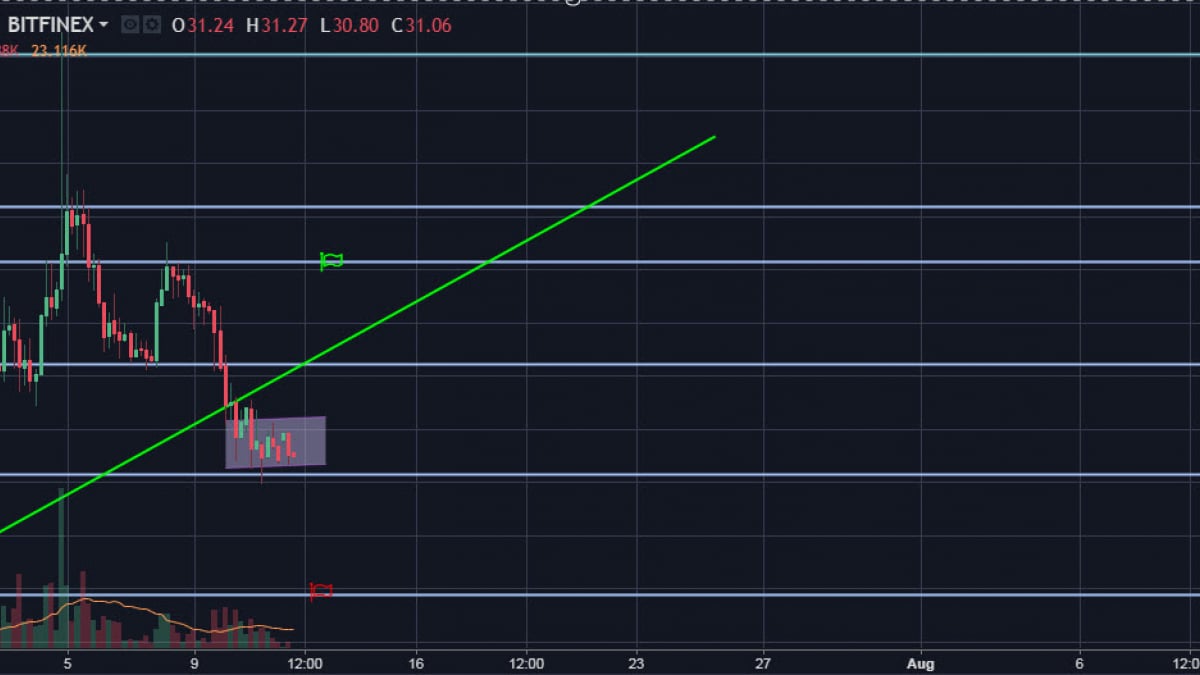 NEO has broken through the ascending trend line and declined towards the support area at $32.31. The currency pair attempted several times to test this level, but bulls still hold their positions. There are no signals currently.

As for the scenarios, there are two of them. Bears are able to push NEO/USD lower targeting June lows at the support area at $27.78. This bearish scenario has 50 percent probability currently. The other way for NEO/USD to break through the resistance area at $36.45 and move higher, targeting the next resistance at $40.30.

IOTA fluctuated within a narrow range on Wednesday and remains neutral and Thursday. The situation is unclear as the currency pair is close to June’s lows. Neither bears nor bulls control the market. 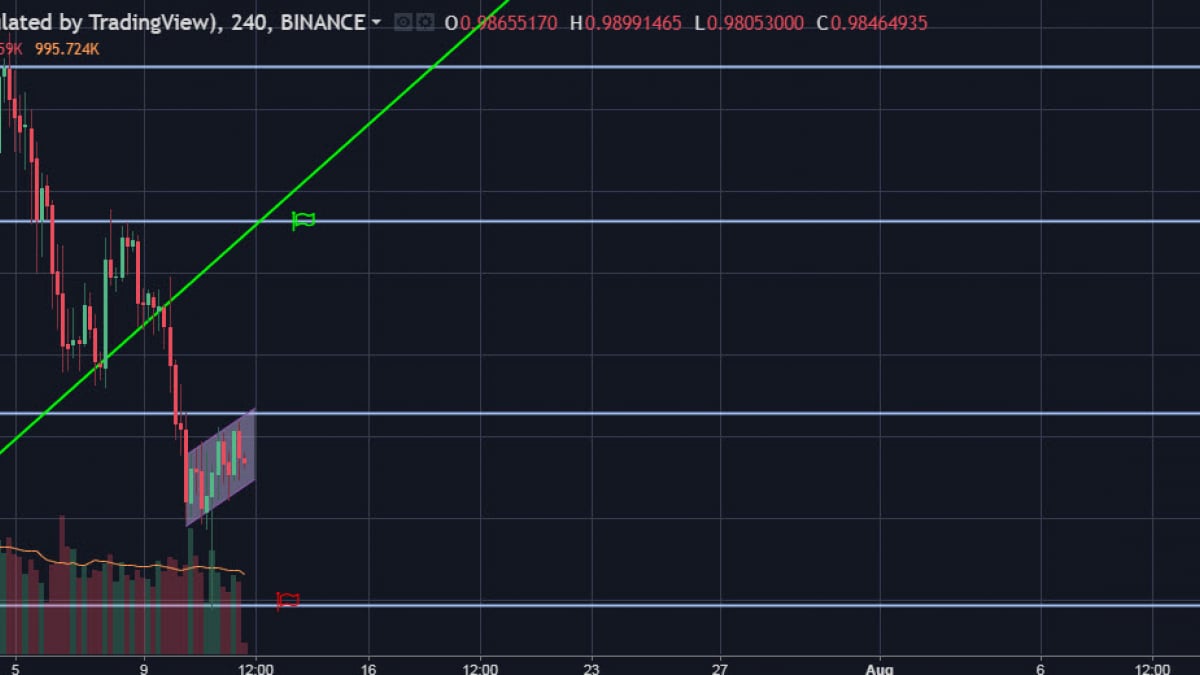 The currency pair has broken through the ascending trend line on Tuesday and has successfully tested the support area at $1.0145 on Wednesday. There is no clear direction currently, but we can see a bearish flag pattern on four hour chart meaning that sellers are able to develop their progress.

We think that sellers can push IOTA/USD lower targeting the closest support area at $0.8969 at least. If successful, bears will have a chance to make another significant step.

However, if the flag breaks, bulls will regain control over the market and drive IOTA/USD upwards towards $1.1321 via the closest resistance area at $1.0145.

QTUM has broken through the support area of $8.2628 on Tuesday and developed its decline later. The currency pair has lost more than one percent in the past 24 hours. There is no clear direction currently as QTUM price is close to June’s lows and we think bulls have prepared a huge support there. 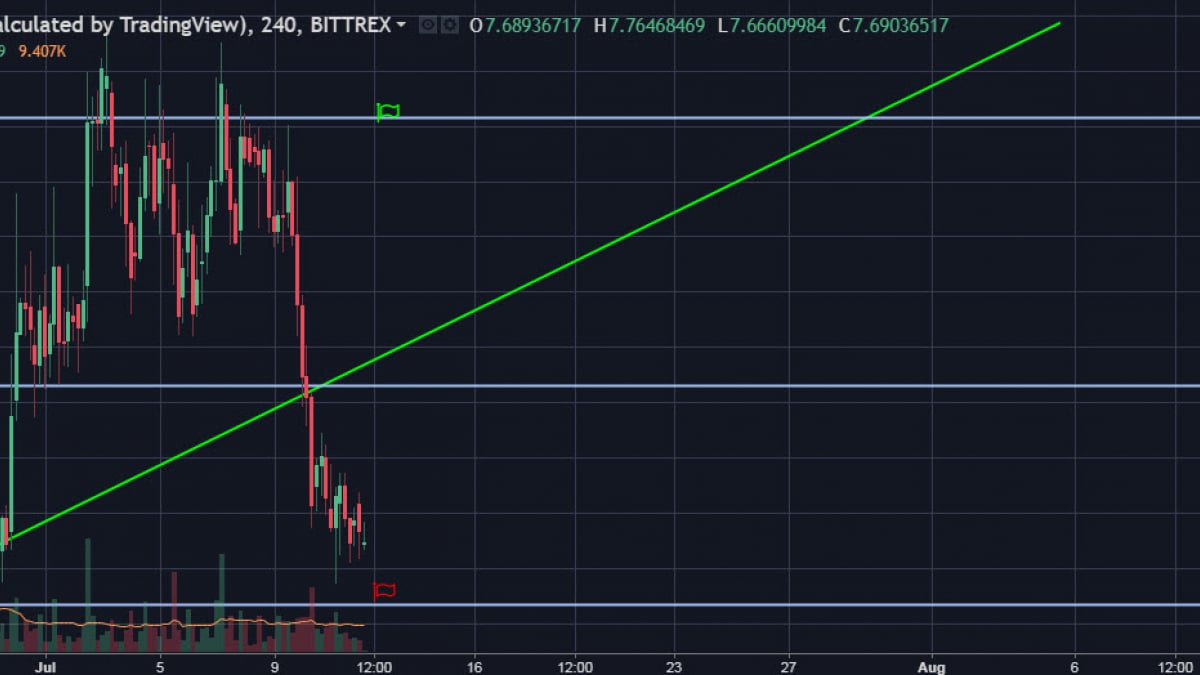 The currency pair fluctuates close to the support area at $7.4706 at the moment of writing. This level is important as June’s lows lie there. We do not think that bears will be able to jump over it without any trouble.

As for the scenarios for the nearest future, QTUM can reach the support area at $7.4706. This is the main scenario for Thursday. However, bulls are able to regain momentum and drive QTUM/USD higher. The targets are above $8.2628.