XRP Investors Being Targeted by FUD-Spreading Bots on Twitter 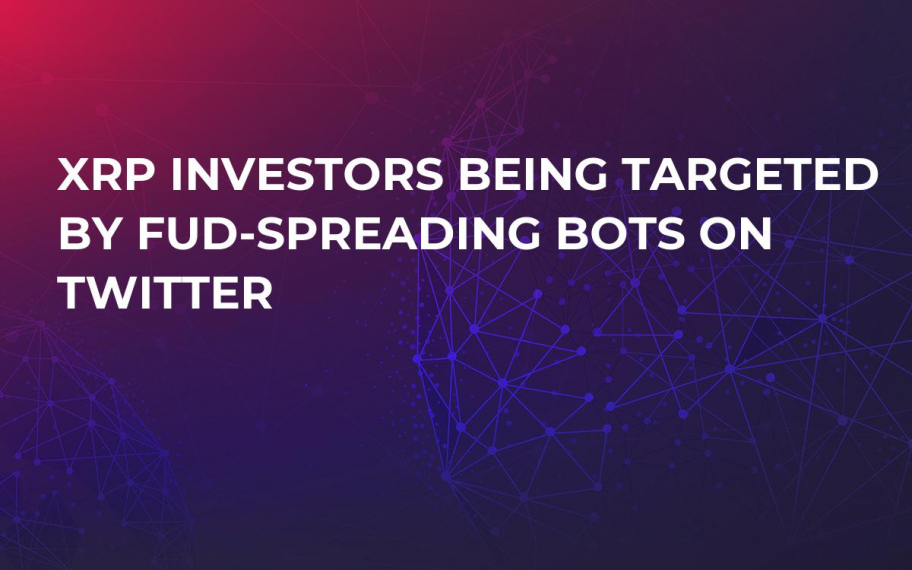 On Feb. 13, multiple XRP holders started complaining about an anti-XRP campaign that was perpetrated with the help of multiple Twitter bots. Newly created accounts were tagging them with the same discouraging message about how the team of developers is going to jump ship.

🚨Warning:
A quick search for “XRP DEV TEAM” on Twitter shows an increasing number of accounts tweeting the same messages to multiple users, telling them to stop investing in #XRP. The accounts we’re created in Jan 2019 🐺#XRPCommunity #CryptoNews #CryptoTwitter

Demoralizing tweets have no impact

The bot army is not that threatening given that all of them have zero followers, and their accounts were created in January in 2019. However, while the malicious accounts get reported, new bots appear every minute.

You recently follow Ripple on Twitter? If you want to buy XRP it's a big no no. It's been known the dev team had already abandon the project for another one.

According to one Twitter user, the fact that bots are able to differentiate between Ripple and XRP is at least one positive thing about the whole situation. U.Today reminds that Ripple is not a cryptocurrency (Ripple’s native token XRP is).

Anti-XRP bots with 0 followers and 0 following, spreading FUD about #XRP. The only positive thing about this is that bots use the "XRP dev team" phrase. Even bots know the difference between $XRP and Ripple, unlike some maxis. 😂#0doubt #xrpthestandard pic.twitter.com/yGvPNl6VIa

XRP is the third biggest cryptocurrency by market capitalization after recently ceding ground to Ethereum. At press time, XRP is sitting at $0.30.