Dmitry Cake
Spring arrives in the cryptocurrency market: Bitcoin's critical resistance is broken for the third, and hopefully, last time. 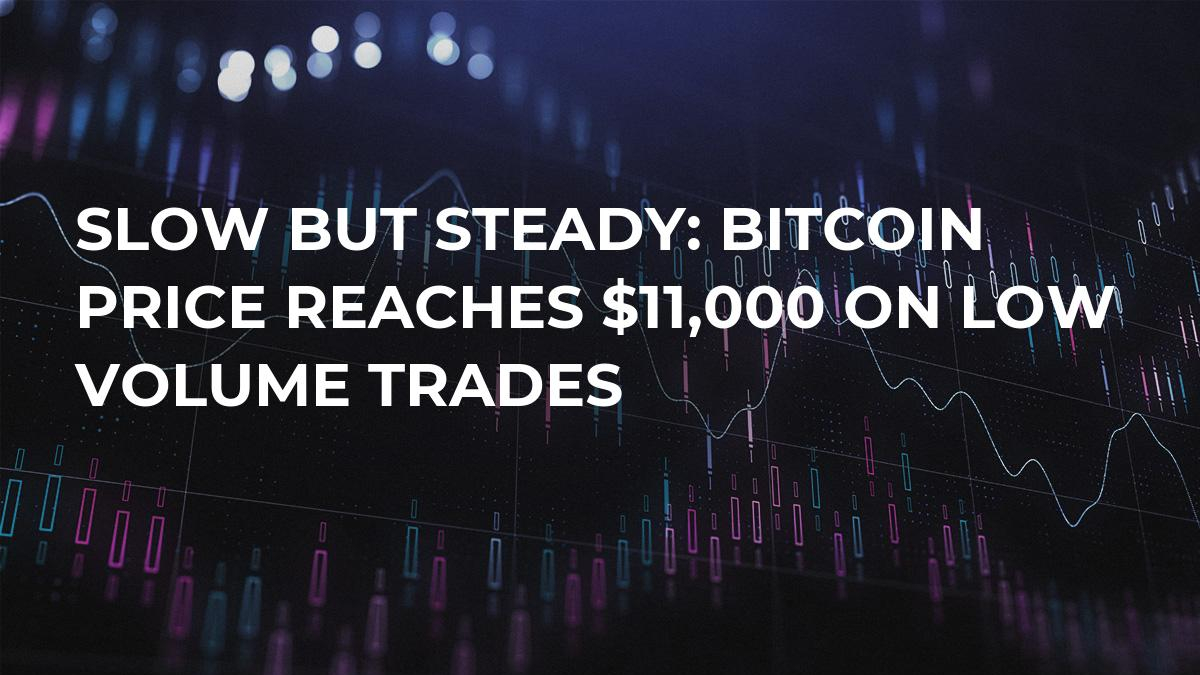 We congratulate our readers on the arrival of spring, both on the calendar and in the cryptocurrency market. Whether the bears like it or not, Bitcoin’s 80-day downward trend has been broken for the third, and probably the last, time.

The price of the asset is near the $11,000 mark, total market capitalization is also growing and is now $465 bln. Bitcoin dominance reached 40.7 percent, continuing to set records in the new year.

Not all market participants realize yet that there is no way back, the prolonged correction has taught investors to be cautious, when every localized success threatened to turn into a “bull trap.”

But every day the number of optimists will grow, and as soon as the weekend we are likely to see a surge in buyer activity.

Altcoins from the lower divisions set the tone

Bitcoin is not the only asset with a price increase; altcoins are also making up for yesterday’s nervous downward leap.

We noticed a few patterns which instill confidence that the bears’ reign is coming to an end. While there are no shocks in the top 10 (Bitcoin Cash and IOTA grew by seven percent, with the rest of the assets increasing two to four percent), events are unfolding more swiftly beyond the pinnacle.

Some positions are showing growth from 20 to 30 percent, that is, earlier they already reached their bottom and now investors are actively growing long positions.

We will just mention the coins, leaving the pleasure of tracking the individual price dynamics to the readers: TRON, Populous, Dragonchain, FunFair.

On the Bitcoin chart, we placed three resistance lines every one of which has been overcome. In between the first and the second break the bears orchestrated a week-long local correction, only two days passed between the second and the third attempt to reverse the trend. Now the price is at the fair level for the period since the beginning of November, which is an excellent starting point for further growth.

The price movement is facing a slight resistance at the upper boundary of the ascending channel, indicated by a thick red line. However, it will also be broken, as soon as there are good purchasing volumes.

We do not want to consider the negative scenario, but if the bears will send their last greetings, a test of $10,000 is possible.

On Thursday, Bitcoin Cash showed good growth, and we know the reason. The time has come to convince investors that there’s still some life in the asset, until now, BCH gave little occasion for joy to holders of long positions.

The current price of the asset is $1,280 and is near fair price for the period of four months. The chart shows the formation of a “bullish flag,” if activated, the target level will be $1,400.

After reaching the first target, we expect the price to fall back to the lower boundary of the ascending channel, which will form a different figure- the “bullish triangle” with a possible exit under $1,550.

Our marking shows a third target coinciding with the 1.618 Fibonacci extension- $1,680, but it’s doubtful that it can be reached soon.

Bitcoin Cash still lacks fundamental reasons for growth, so everything that will happen with the price in the near future will be the result of either the market’s general momentum or the manipulations of big players. Again, we recommend that readers remain extremely cautious when trading this unpredictable asset.

In 2018, the cryptocurrency community is experiencing a real wave of hard forks. Now Monero too is getting some attention from developers who are planning to present a new project on March 14, MoneroV.

Let’s dot the I’s: the asset is attractive in itself, due to its speed and anonymity, but the upcoming event is what catalyzed the rapid growth.

In 24 hours, XMR grew by 15 percent, reached the price of $325 and almost broke into the top 10. At the moment the price coincides with fair value, so it's not worth worrying about a sudden collapse of the rate. On the contrary, if buyer initiative continues, the next targets are $340 and $355.

In case of a negative scenario, a correction is possible down to $300 and further toward the lower boundary of the ascending channel, but there are no causes for this, as of yet.