What is the Ideal Way to Avoid Losses from Rug Pull Scams? 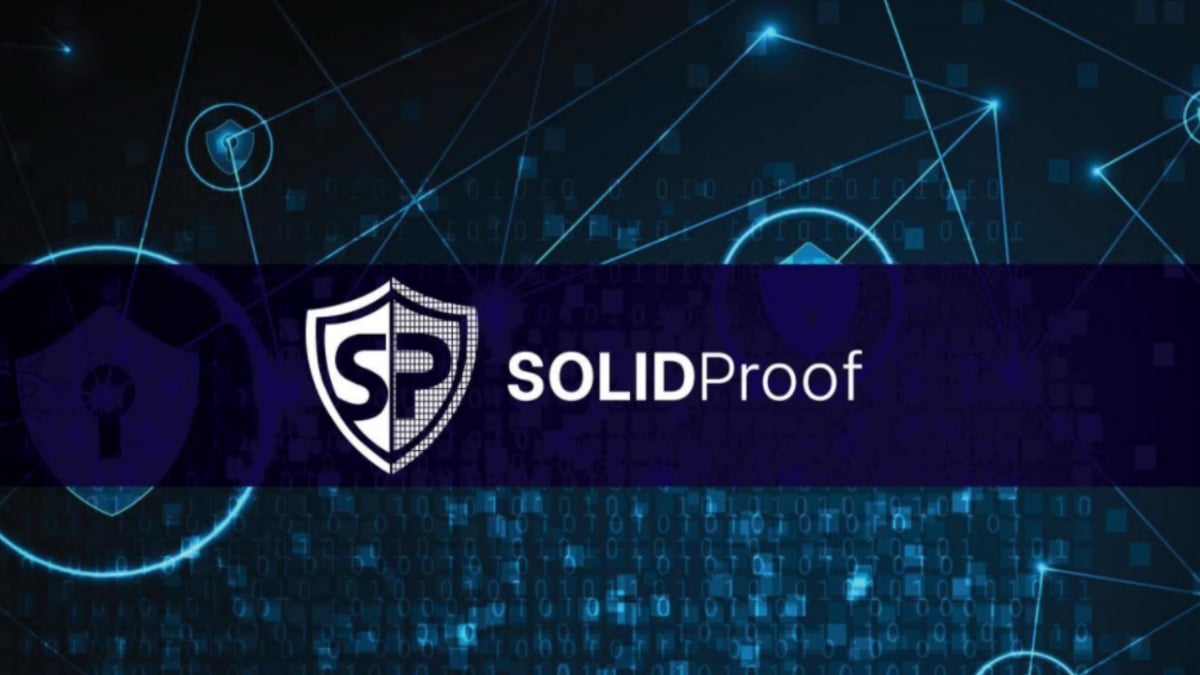 While the crypto world comes with seamless advantages, so do the risks accompanied. Most commonly is the risk investors face due to highly volatile market conditions. But a more significant problem lies with the bad actors taking advantage of investor efforts.

As such, more scams and cyber-security issues are becoming a pain point in the crypto world. The decentralized finance space is especially troubled by crypto scams.

Furthermore, unlike the traditional finance space, regulating the sector is difficult for financial watchdogs. This factor leads to many bad actors getting away with the offences they commit.

How then do you equip yourself against the most common of scams, rug pulls? This article will point out a few things to watch out for and how Solidproof brings back trust to the industry through audits.

Rug pulls involve a project's team disappearing with investors' funds after introducing a new token to the market. Developers manage these scams on decentralized exchanges due to free listings that do not demand contract audits. Similarly, they find different ways to execute the scams on the liquidity pools after establishing their tokens pairs with major coins.

Platforms such as Uniswap and PancakeSwap are one of the best-known DEXs in the crypto industry today. The liquidity pools require the locking of a pair as proof for fund injection— these coins are always ERC-20 tokens. The token prices depend on the ratio of exchange calculated by algorithms set while creating the LP smart contract.

To ensure constant adjustments without risking investor funds, an automated market maker helps maintain balance every time market prices change. As such, the liquidity tokens sustain comparable prices all the way through.

However, if one token's supply becomes higher than the other in the liquidity pool, it loses value while the other increases. A developer can leverage this factor to steal from liquidity providers. While they continue minting token A, liquidity providers supply token B during in-pool token swaps. Token A increases on the pool while token B reduces, eventually leaving a zero supply on token B.

No more exchange can occur between A and B when this happens, leaving liquidity providers stranded with valueless tokens. Furthermore, if the smart contract does not tie developers to conditions that prevent them from withdrawing the superior token, they can still get away with investors' money.

Recent buzz has it that investors on the new token based on the popular Korean TV show, Squid Game, suffered a rug pull. The anonymous developers got away with over $3 million after the coin plunged from its all-time high.

The Squid token launched as the native token of a play-to-earn platform for Squid Game-related games. It was built on the Binance Smart Chain, leveraging PancakeSwap to raise its liquidity. It managed to shoot up to over $2 800 after its launch, then dropping to less than a cent.

Its developers transferred the raised funds to another address, afterwards covering their tracks using the TornadoCash protocol. Shortly after, the platform and its social media pages went down, leaving users with no definite answers concerning what happened.

The Squid token incident is but one of the many similar occurrences that troubled the crypto world. Many users put forth information concerning the discrepancies in the project's whitepaper. Furthermore, it is a stressful situation for the many involved with the token as the project assured there was an anti-dump feature.

This factor shows that the potential lying in the crypto industry could be a gold mine or a losing streak. Therefore, how do you ensure to steer away from such possibilities in the future? Let us get into that.

Signs to Spot and Avoid a Rug Pull

There are a few things that could help you spot a rug pull and avoid concurrent losses. Here are a few:

Lack of or Shady Whitepaper

It takes time for a large project to come up with a complete whitepaper to explain its ecosystem. However, you will notice that legit sites tend to include extensive information on their websites or create a litepaper. On the other hand, scams lack any clear explanation of what their project is about. Moreover, if they have one, it is full of grammatical mistakes that are otherwise avoidable.

This point differs significantly because some dominant projects in the market today, such as Bitcoin, have anonymous developers. Nonetheless, rug pulls take advantage of this ability to remain out of the public's eye. In turn, it is easier for the team to disappear after defrauding its investors.

It would be wise to check on intricate details about a project's team, including their social media profiles and mentions on the internet. After all, excellent developers take time to build their work experience, which shows them as credible actors.

Since rug pull projects aim to get funds and bolt later, they do not need extensive efforts to build the right platform for users. Their tactics lie in creating a FOMO market, getting investors to inject their funds into the project, and then transferring the money to another address.

You can always follow your gut and stick to the principle that when the deal is too good. You can always research how futuristic and realistic a project is before investing in it.

Most crypto scam projects skyrocket in prices so fast that enthusiasts lack time to waste and decide to invest blindly. However, watch out for this sign if there is no significant pusher to the skyrocketing prices. Another aspect to look at is the liquidity in the said pool.

While significant projects in the market today register millions and more in liquidity provision, scam projects lack this factor. If there is no indication of trading activity, number of tokens locked in a pool, and substantial liquidity on the platform, it would be better to look the other way.

Did you know that most scammers leverage the names of notable platforms in the market to blind users? Some go to the extent of creating a site similar to the project and pose as its team. This lack of effort in creating a name that stands out for the token is a clear indicator of what might be their motive. Moreover, they take advantage of social media and influential names in the industry to lie to multitudes.

While these stand as a few things to watch out for in the future, your best friend would be doing extensive research. Eventually, you will come across helpful information that can help you avoid unnecessary losses. Networks such as Solidproof are here to help you get more clarity around projects through audits and KYC clearance processes.

Bringing Credibility Back to Crypto through Solidproof

Solidproof is a German-based blockchain auditing company specializing in smart contract audits and KYC procedures. It realizes the need for these processes to build trust between investors and related projects.

It also believes in functional communication methods to point out issues on a project. Its detailed reports leave no stone unturned, ensuring safety for all investors. Its partnerships with different crypto and blockchain services take it a step forward in achieving its dream for a secure blockchain space.

Additionally, it provides consultation and advisory services, depending on what issues it discovers with your project. For more efficiency, the platform introduced an automated audit feature known as the SAAT. This move is one of the many the platform hopes to achieve at the end of the day.