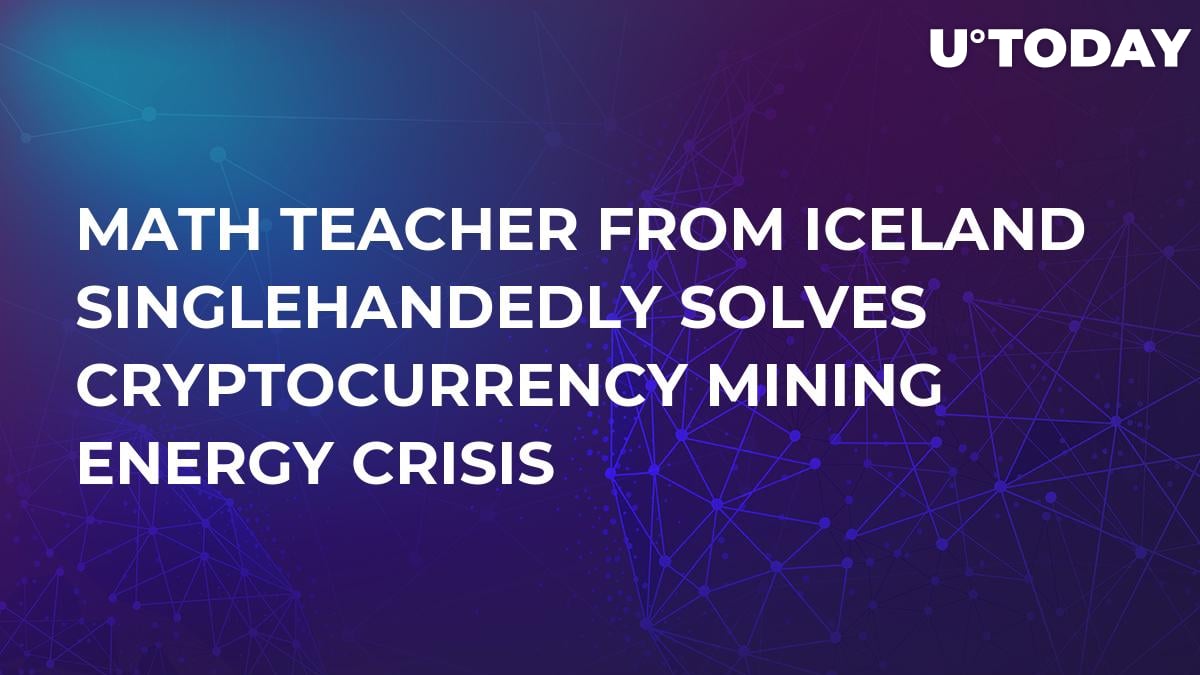 Krista Hannesdóttir, a math teacher from Iceland, has become a pioneer in eco-friendly cryptocurrency mining. She utilizes excessive geothermal energy from local farmers to make mining more profitable while saving the environment.

No need to scale

The Bitcoin craze officially went out of control in Iceland when the crypto mining sector started using more electricity than the country’s households. The reason behind Iceland’s magnetic appeal to miners is behind cheap electricity (the country almost fully relies on renewable energy). However, as more crypto-oriented businesses are moving to Iceland, some politicians become alarmed about mammoth-size amounts of energy required for cryptocurrency mining.

According to WIRED, Hannesdottir has decided to buy excess geothermal energy from farmers for reducing the cost of cryptocurrency mining. While not owning a full-fledged mining farm, her small setup that occupies the building of farmer fish factory still manages to remain profitable, raking in almost $8,000 every month.

Hannesdottir admits that it was not an easy task to convince farmers to install noisy equipment in their barnyards since they didn’t understand the modus operandi of cryptocurrency mining. Those farmers who do cooperate with Hannesdottir do not normally disclose that fact that “money-making machines” are generating thousands of dollars out of thin air on their land — they risk losing subsidies. Apart from that, the legal uncertainty surrounding cryptocurrency mining still remains a matter of concern. Back in February, Smari McCarthy, one of the representatives of Iceland’s Pirate Party, suggested that mining companies are not paying enough taxes.

While Hannesdottir emphasizes that their primal goal is to gain profit, they also try to tackle the energy consumption issue with their environmental-friendly business solution. At first, she explains, it was just her fooling around with a couple GPUs three years ago, but then she started researching the environmental effect of cryptocurrency mining, and the results were damning. Now, she doesn’t want to accept cryptocurrency mining in its current form, envisioning more “energy exchanges” in the future.