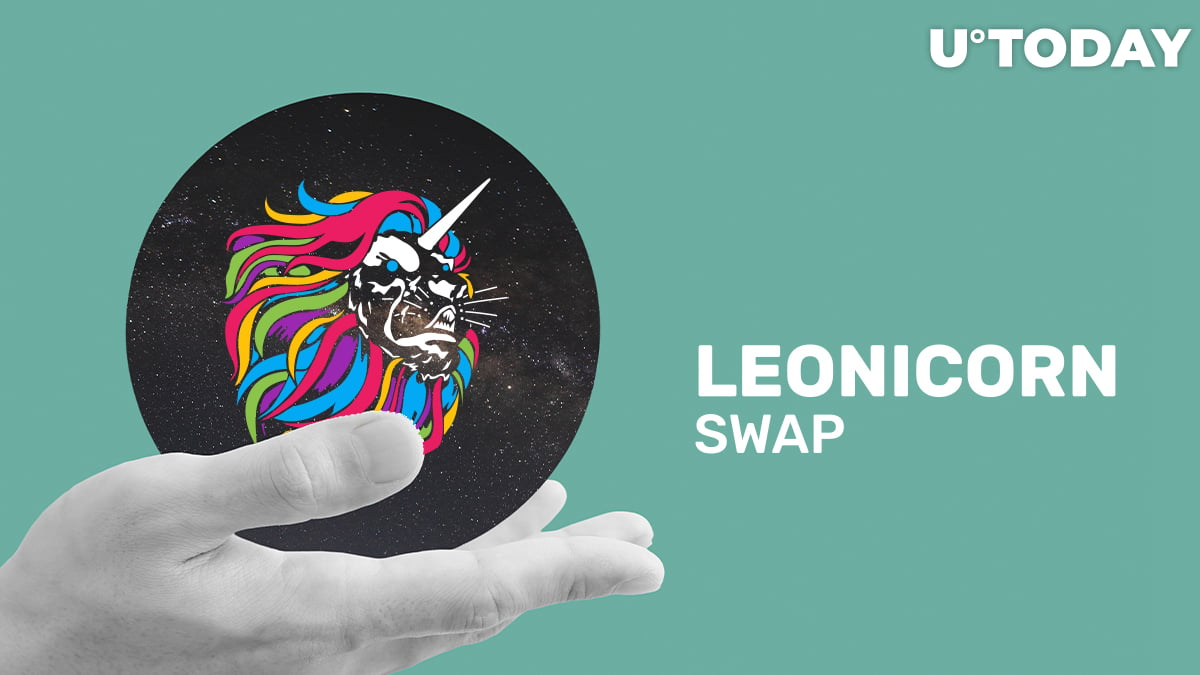 Leonicorn Swap is a novel DeFi protocol tailored to red-hot use cases in the segments of decentralized exchanges (DEXs), decentralized tokensales (IDOs), yield farming, digital collectibles (non-fungible tokens or NFTs) and other DeFi-centric concepts. It is built around an automated market maker (AMM) that fuels all of Leonicorn Swap’s modules.

One AMM, many use cases: Introducing Leonicorn Swap (LEOS)

Launched in early 2021, Leonicorn Swap (LEOS) is focused on building an all-in-one DeFi ecosystem around an automatic market maker on Binance Smart Chain (BSC). Recently, it organized a public tokensale of its core native asset, LEOS.

Since its very early days, Leonicorn Swap has had a deflationary model for its LEOS token to protect its scarcity.
What is novel about Leonicorn Swap’s approach to AMM-powered DeFi with native tokens?

What is an automatic market maker?

As such, automated market makers (AMMs) act as counterparties for accounts, or dApps, on decentralized exchanges (DEXes). Such exchanges are known as “AMM-powered DEXes.” The concept of the AMM was pioneered by flagship DeFi protocols Uniswap (UNI), Curve (CRV) and Balancer (BAL). Right now, the most popular AMMs are live on Ethereum (ETH) and Binance Smart Chain (BSC).

Automated market makers have gone mainstream due to their high speed of order execution and opportunities for liquidity providers to earn on their assets locked in corresponding pools (“yield farming”).

Leonicorn Swap promotes itself as an advanced AMM with a variety of sophisticated futures relevant for the ongoing turbulent stage in DeFi progress.

First, Leonicorn Swap is able to host NFT marketplaces. Markets for digital collectibles (NFTs) allow their users to mint tokenized artwork and store, transfer and exchange them amongst each other. With its AMM, Leonicorn Swap is going to empower decentralized auctions to maximize the profits of NFT artists and digital art commissioners.

With its “Lottery” capabilities, Leonicorn Swap (LEOS) is a reliable technical platform for decentralized gambling environments. All sorts of random number generators (RNGs) can be integrated with Leonicorn Swap’s multi-purpose AMM to organize on-chain lotteries, bets, prediction markets and so on.

The product’s team emphasizes that more functions for Leonicorn Swap will be opened for testing in the coming months.

Prior to starting its mainnet operations, the Leonicorn Swap team organized two rounds of holistic audits of its smart contracts functionality. The security, privacy, decentralization, accessibility and performance of Leonicorn Swap were stress-tested during its first and second audit phases.

As “rug pulls” (malicious liquidity removals) become the new normal for the DeFi segment, Mr. Aravinda Babu was asked to conduct “rug pull verification,” i.e., to check whether the tokens of Leonicorn Swap are parked properly in its liquidity mechanisms.

Mr. Babu stated that the architecture of Leonicorn Swap’s smart contracts is safe and working as described in the product’s whitepaper.

CertiK experts audited the safety, market volatility, governance and autonomy of project mechanisms, along with social sentiment and the “health” of its on-chain processes.

All in all, Leonicorn Swap scored 88/100 in “Security Score,” with 97/100 in “Sentiment Analysis.” As such, its safety and robustness are on the same level as leading BSC-based and Ethereum-based projects.

Leonicorn Swap exchange is a core element of the project’s ecosystem. According to the team, it will include both trading and liquidity providing modules. Thus, users can benefit from both price fluctuations and transactional activity on the platform.

Leonicorn Swap’s exchange will have two main segments, namely a centralized and decentralized one. With decentralized exchange, users can trade against AMM in a non-custodial and 100% on-chain manner.

At the same time, the centralized exchange segment will boast advanced trading functions, such as tokenized exchange-traded funds, margin trading, leveraged assets and so on. As a result, advocates of both spot and derivatives trading will be able to find a suitable product on Leonicorn Swap.

Leonicorn Swap’s launchpad model will consist of two components, i.e., launchpads for initial decentralized exchange offerings (IDOs) and initial farming offerings (IFOs). The concept of IDO is a mainstream one in the DeFi world. Allowing for fast and low-cost tokensales for early stage products, IDO remains the easiest way to catalyze the inflow of liquidity to new teams.

With initial farming offerings (IFOs), a project can easily launch its first-ever liquidity pool to empower its enthusiasts with “yield farming” opportunities. The owners of its tokens can seamlessly trade them against Leonicorn Swap’s automated market makers.

Leonicorn Swap’s marketplace utilizes neural networks to ensure win-win pricing for both digital artists and art purchasers/commissioners. This procedure is ensured by the utilization of adjacent coefficients native to leading DeFi protocols and products.

Leonicorn Swap’s token, LEOS, is the backbone of its tokenomical model. LEOS token is going to serve as the preferred payment method for all services on Leonicorn Swap platform, including participating in IDOs or buying/selling NFTs on the platform’s marketplace.

LEOS is a BEP-20 token, i.e., it exists on Binance Smart Chain (BSC). The significant share of LEOS token supply has already been distributed within the procedures of a private sale (10% of supply, one-year lockup with 20 percent vesting per year) and public sale (40 percent of supply, no lockup). During the public sale, the maximum allocation was set at $3,000, while the minimum allocation was set at $50. The public sale took place between June 25 and June 30 with a hard cap of 100,000,000 tokens and a public sale price of $0.05.

LEOS token’s lifespan adheres to a patented auto-deflationary model. First, LEOS tokens are available for staking: a two percent staking reward is guaranteed for every token holder who locks LEOS for a predetermined amount of time. In addition, one percent of every transaction amount is burnt by sending it to a destroying address.

The Leonicorn Swap project was launched in early 2021 by veteran trader and market analyst Mofassair Hossain. He is also well known as an exchange listing and marketing advisor for cryptocurrency projects.

Together with his partner Scott (known as “Scott Crypto Warrior” in the crypto community), who is a CMO of Leonicorn Swap, Mr. Hossain and Scott fueled the early stages of the product’s development as an angel investor.

According to the project roadmap, the development of Leonicorn Swap is proceeding at a rapid pace. In Q2, 2021, the website and the token were created, and public and private token sales took place. Also, in Q2, 2021, the project’s team deployed liquidity to the pools of PancakeSwap (CAKE).

In Q3, 2021, the AMM launched, and first token burning events were organized. Right now, the project’s token is listed by leading centralized exchanges: Bibox, Cointiger and so on.

In late 2021, the “full” version of AMM will go live. Also, the community and LEOS holders will see the updated roadmap for the year 2022.

Leonicorn Swap (LEOS) is a unique project that amplifies the benefits of the AMM-based model for decentralized cryptocurrency exchange. Besides trading, it attempts to empower the hottest DeFi-era concepts with AMM instruments.

A deflationary-by-default model for its tokenomics is another impressive advantage of Leonicorn Swap (LEOS).