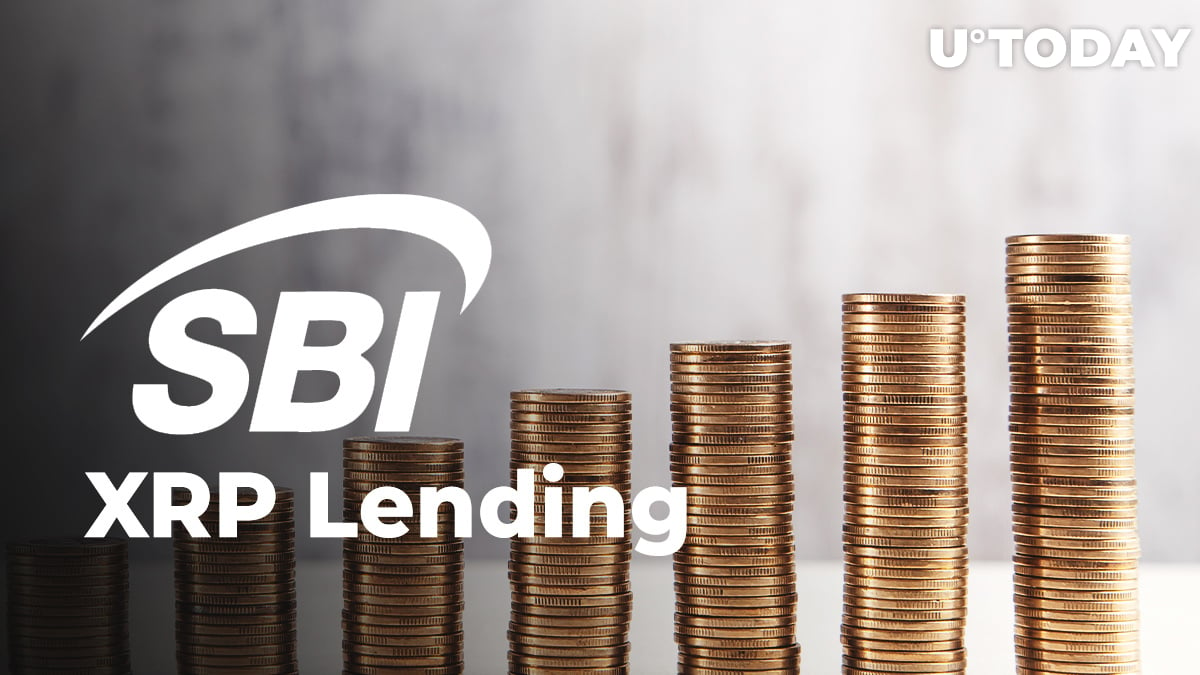 SBI VC Trade, a subsidiary of Japanese financial behemoth SBI Group, has launched lending for the XRP cryptocurrency, according to its Feb. 4 announcement.

From now on, the holders of the fifth-largest cryptocurrency will be able to deposit it to earn interest.

Related
XRP to Lose $50 Million Worth of Daily Trading Volume as Another Exchange Announces Delisting
As reported by U.Today, SBI VC Trade rolled out its lending service back in November. Initially, Bitcoin was the only supported cryptocurrency, with the minimum amount of deposits starting from 0.1 BTC.

SBI VC Trade — which was established back in November 2016 — claims that it plans to expand its services. In its November announcement, the cryptocurrency-focused arm of SBI Group mentioned that it would also add Ethereum lending.

After Ripple, the issuer of the XRP cryptocurrency, got sued by the U.S. Securities and Exchange Commission, SBI Holdings came out in support of the embattled company.

The token that the SEC alleges is an unregistered security is actually considered to be a “cryptocurrency asset” under Japan’s law.

Back in January 2020, SBI Holdings made it possible for its shareholders to receive their benefit in XRP.