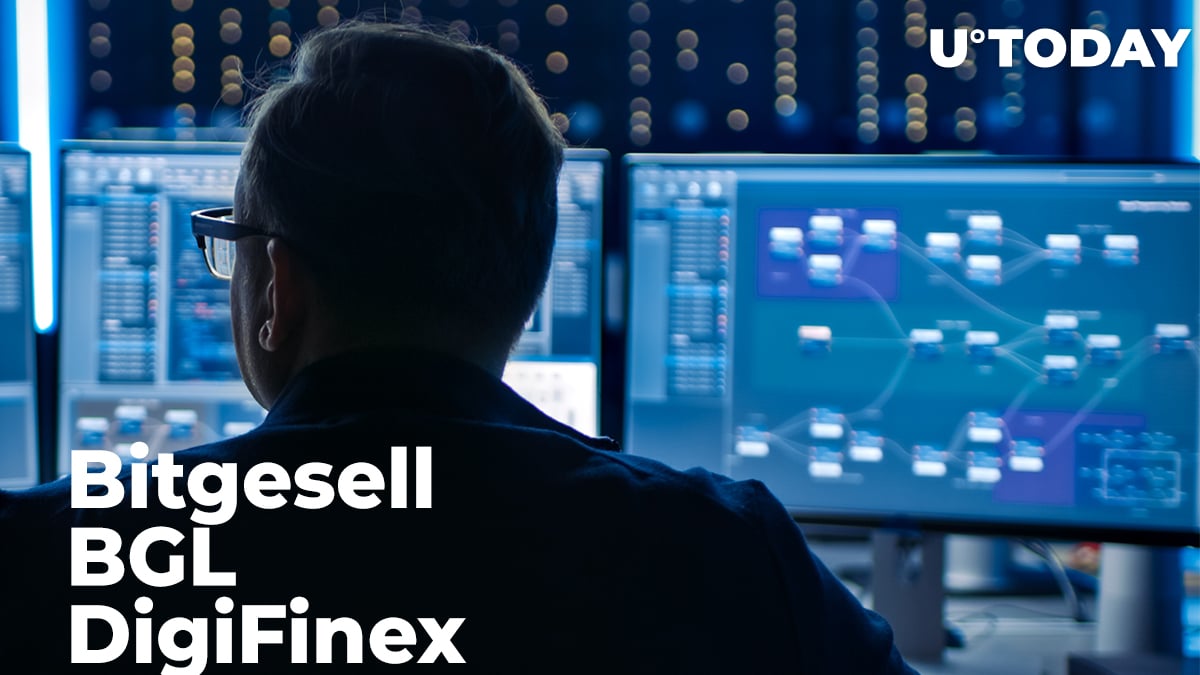 Providing liquidity is a "sine qua non" for gathering a passionate community around the project, especially for early-stage blockchains. The team needs to make its asset attractive to catalyze public interest in what it is doing. In this context, making the token available on top exchange looks like a smart bet. Here's how BitGesell (BGL) did it.

In general, there are two ways to draw public attention to the new token: to enable its trading against the most liquid cryptocurrencies and to introduce the benefits of holding it. Thus, listing, staking and promo campaigns remain the three most common strategies here.

In cryptocurrencies trading, the event of launching trading pairs with certain assets is called "listing." When the platform starts offering this or that asset against Bitcoin (BTC), stablecoins or other altcoins, it "lists" it.

To get its asset listed, the team should meet the requirements of exchange in terms of KYC/AML, project credibility, token "quality" and so on. As a result, it means that there is a degree of trust between the exchange, the project team and customers.

To ensure the inflow of liquidity, the projects typically list their utility and governance tokens against Bitcoin (BTC), U.S. Dollar Tether (USDT) or Ethereum, i.e., the most popular cryptocurrencies with the largest user bases.

In proof of stake (PoS), delegated proof of stake (DPoS) and similar blockchain consensuses, staking refers to "locking" a pre-determined number of assets by network validators as collateral for its participation in transaction confirmation.

In a nutshell, to join the process of validation (signing of transactions and including them in new blocks), every validator should deposit his/her stake (in network tokens) to a deposit contract.

Fair validators receive periodic payouts for their activity—so-called "staking rewards." Thus, they are incentivized economically to hold the tokens in the mid-term perspective.

Promotion campaigns can significantly boost the process of the token's adoption and therefore increase its user base and liquidity. To accomplish this goal, the projects launch referral programs, distribute tokens via airdrops, organize trading tournaments and more.

Referral programs allow holders to monetize their social exposure. Provided by projects with unique referral links, they can invite friends to purchase tokens. For each newbie attracted, the owner of the link receives a referral bonus.

An airdrop should be viewed as free dissemination of tokens to numerous addresses. For instance, project X can parse the user base of similar project Y and send its X-coins to Y-coin addresses. The X-coin and Y-coin should belong to one standard, i.e., ERC-20 for Ether-based tokens.

Case of BitGesell: Starting the massive adoption of BGL token

BitGesell, a unique "enhanced proof of work" blockchain based on the Keccak (SHA-3) security mechanism, gets its BGL token listed on DigiFinex, a top-notch multi-platform exchange. To celebrate this crucial milestone, the BitGesell team introduces a number of earning opportunities for new BGL owners.

Launched in 2017, DigiFinex digital assets platform delivers the services of crypto purchasing, cross-asset exchange, derivatives and OTC modules. According to Binance's CoinMarketCap, it offers 215 trading pairs with aggregated daily trading volume over $4 billion. Now it adds BGL, the native asset of BitGesell blockchain, to its suite of assets.

BGL deposits were opened on Feb. 22, 2021, while trading has been active since Feb. 23. Starting on Feb. 24, users are able to withdraw their tokens.

The first BGL trading pair will include U.S. Dollar Tether (USDT), the most liquid stablecoin ever. Its price is pegged 1:1 to the U.S. Dollar. This stablecoin is issued by Tether Limited and has a supply of 31 billion at press time. The main platforms for USDT are Ethereum, Tron, EOS and Bitcoin-like platform Omni.

The BitGesell team assures us that the listings of BGL against Bitcoin (BTC) and Ethereum (ETH) will follow very soon. Thus, BGL token will be available in pairs with the three most popular assets of the crypto segment.

To make holding BGL tokens more attractive, BitGesell and DigiFinex launch the "Candy Box" staking campaign. A total of 80,000 BGL tokens will be put in the in-app "Candy Box" to incentivize early BGL holders by locking BGL. Payouts will be distributed on a "first come, first served" basis.

The exact amount of payouts will be calculated in accordance with the transparent formula:

To be eligible for the "Candy Box" staking program, a user needs to lock at least 1,000 BGL tokens. BGL can be locked for five to 20 days, so the maximum amount of rewards is 10,000 BGL.

This program is available in the "Candy Box" module of the DigiFinex application homepage. To join the process of staking, a BGL holder is asked to enter the amount of tokens for locking and to claim staking rewards.

Additionally, to celebrate the major listing event, BitGesell (BGL) launches a referral campaign. New users can use the official referral code pg55y5, complete KYC/AML checks and get an invitation bonus of 100 BGL for the first 100 USDT traded.

If you register with the ref link, trade for $100 and fulfill KYC, you will receive bonus BGL.

The rewards fund is capped at 20,000 BGL. As with the "Candy Box" staking program, rewards will be distributed on a "first come, first served" basis.

The BitGesell team warns that all users caught cheating (spamming, registering multiple accounts) will be excluded from the program and have their accounts banned. To join the referral program, traders can also use the official short link: https://www.digifinex.com/en-ww/from/pg55y5.

The BitGesell (BGL) referral program is multi-level, so all participants who invite their friends can get a rebate from their trading volume. Tier-2 rebates are set at 10 percent maximum. To be eligible for the multi-level reward program, the trader should download and install the DigiFinex application, click on his/her photo in the upper left corner and choose the "Invite Friends" option.

BitGesell: project and its token

BGL token holders can participate in all activities on BitGesell blockchain, an early-stage community-driven network that reconsiders the approach to the scalability of decentralized networks.

Enhanced PoW: What is special about it?

BitGesell utilizes an innovative "enhanced proof of work" consensus with an efficient SHA-3 (Keccak) algorithm. Invented in 2012, it still remains the algorithm of choice for low-cost mining equipment as its mining is far cheaper than that of Bitcoin (BTC) and Ethereum (ETH), with SHA-256 and Ethash algorithms, respectively.

Also, the blockchain burns 90 percent of all transaction fees and has halvings yearly (four times more often than Bitcoin). BitGesell transactions are finalized with the Segregated Witness (SegWit) solution to ensure high speed.

BGL: most important use cases of BitGesell's token

Due to its deflationary essence, BGL token should be referred to as a better store of value. Since the blockchain's name memorializes Silvio Gesell, a prominent German merchant and libertarian socialist, its token resembles his idea of Freigeld currency.

BGL tokens can be traded on multiple reliable exchanges, including DigiFinex. It can also be stored in BitGesell's native wallet.