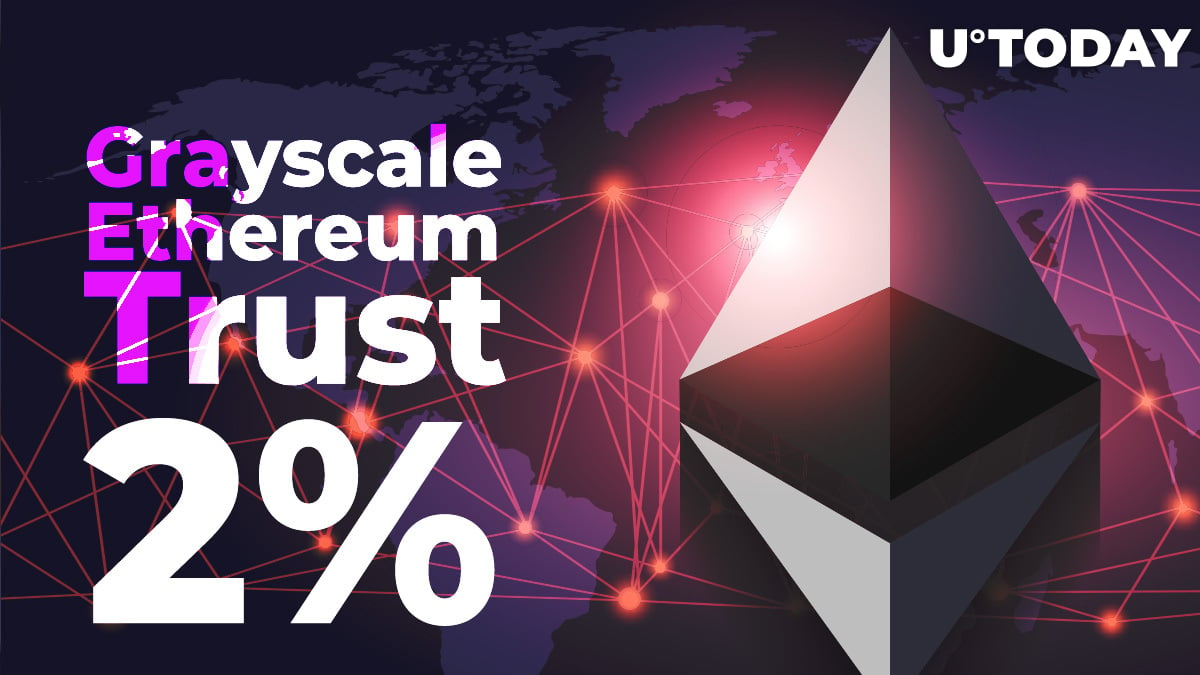 Founder of Grayscale and Digital Currency Group, Barry Silbert, has taken to Twitter to say that, apart from absorbing great amounts of Bitcoin, Grayscale now also stores a significant amount of Ether—two percent of all ETH in circulation.

As reported by U.Today on Oct. 14, the Q3 report issued by Grayscale stated that the asset management fund had recorded the biggest inflows of investor funds in history.

This time the cash inflow constituted a jaw-dropping $1.05 bln versus $905.8 mln in the second quarter this year.

Around half of the gargantuan sum came from offshore investors. Eighty percent of the entire capital was brought in by institutional investors—among them were retirement accounts, accredited individuals, family offices, etc.

In Q3, Grayscale's Bitcoin Trust accumulated 77 percent of all Bitcoin minted in that time period—that is seven percent more than in the previous quarter.

Now, Barry Silbert says that the company also holds two percent of all Ethereum that is circulating out there.

The head of the Commodity Futures Trading Commission, Heath Tarbert, has recently spoken to CoinDesk about Ethereum and DeFi. In particular, he offered high praise to the second biggest blockchain, Ethereum. To be exact, he said:

Let me just basically say how impressed I am by Ethereum, full stop, period.

Tarbert drew an analogy between Bitcoin and Ethereum and email and the internet, stating that BTC is the former and Ethereum is something much bigger than that, a system similar to the world wide web.

He called Bitcoin a "revolutionary one-trick pony," stating that "Ethereum goes far beyond that."

The founder of ETH, Vitalik Buterin, took to his Twitter page to publicly thank the chairman for his high praise.