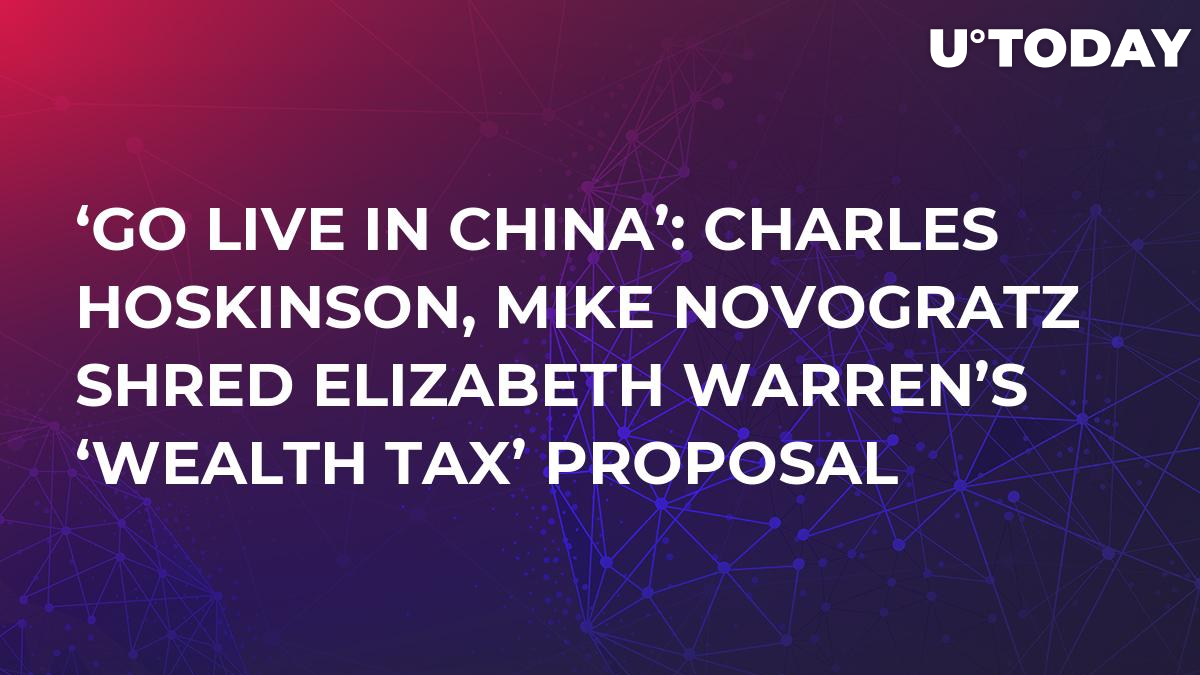 US presidential candidate Elizabeth Warren has recently proposed a brand new ‘eat the rich’ tax for the top 0.1 percent wealthiest individuals. Under her plan, there would be a 2 percent levy on assets for those who own more than $50 mln (the exclusive billionaire club has to brace itself for even higher taxes).

From billions to zero?

It's really sad to see this becoming normalized and acceptable policy. It's just good old fashion theft where I come from. How do you even determine net wealth? Should I have to forceably divest my assets at a loss to pay your tax? https://t.co/uKWQtJuIN4

In the comment section, he explains that high-net-worth individuals are supposed to pay taxes regardless of their profits. For instance, Facebook CEO Mark Zuckerberg has a huge net worth of $57 bln. If he were to pay a 3 percent tax, that would mean that he would have to shell out $1.7 bln in the first year. Gradually, the mammoth-sized fortune will dwindle to zero over the course of several decades if his assets do not produce any investment gains (unless there is a tax threshold).

According to Hoskinson, wealth tax is morally wrong and those who want to ‘nationalize’ billionaires should consider packing their bags to communist China.

‘You are smarter than that’

Mike Novogratz, who himself donated largely to the Democratic Party, didn’t like the plan either, claiming that Warren shouldn’t put the blame on the whole class with zero evidence. Technological progress and continuing globalization, according to Novogratz, are the reasons behind the wealth disparity.

While I actually am for a wealth tax, it is wholly unproductive to accuse a whole class of people of crimes with no evidence. Your smarter than that @ewarren Globalization and technology, both secular trends, have done more to create this disparity than any rigging. @AOC https://t.co/J7LXrl4A2Y

Bernie Sanders’ failed presidential campaign in 2016 was a stepping stone to the normalization of socialist ideas, even though tax-the-rich policies are nothing phenomenal in the US politics. Warren, one of Sanders’s most ardent proponents, might also be taking notes from Alexandria Ocasio-Cortez, the rising star of her own party, who earlier stirred controversy by proposing a 70 percent tax on the rich. With such an outlandish proposal, Warren is hoping the AOC effect will help boost her presidential chances, which are currently looking very bleak.

While some 2020 candidates are crypto-friendly, Warren earlier displayed her hawkish stance on cryptocurrencies. She criticized digital assets for having massive security flaws, which makes them vulnerable to hackers.