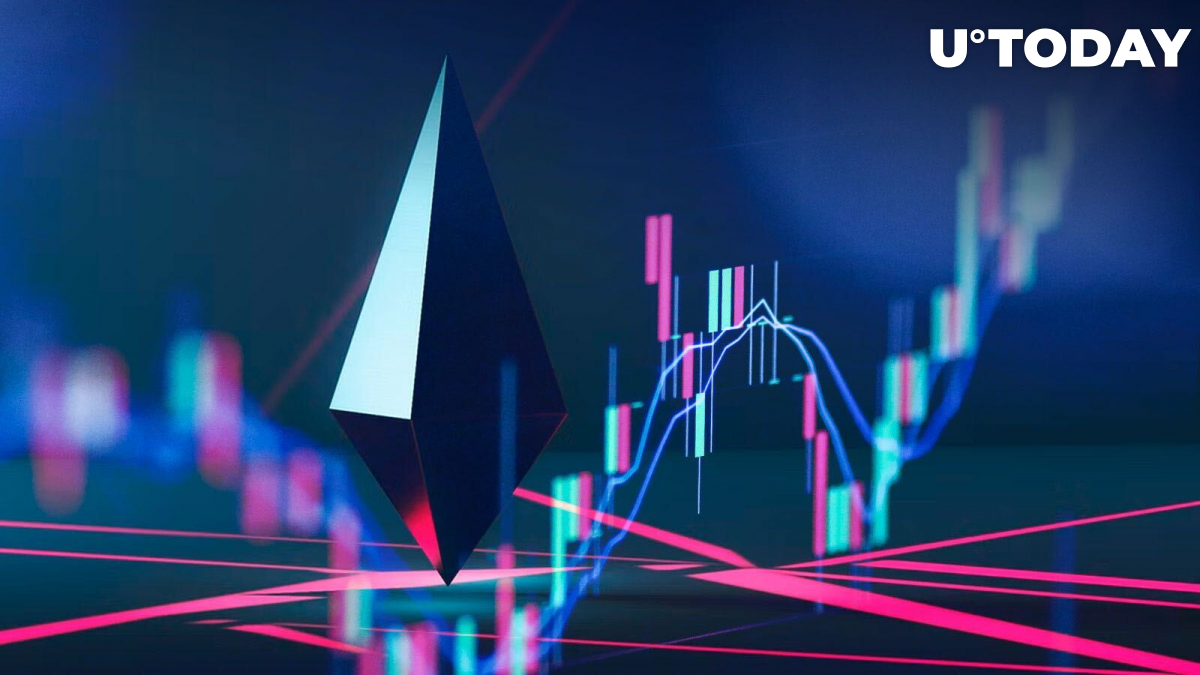 Yesterday's close on the crypto market was marked by major altcoin Ethereum reaching the $1,818 mark, a price crypto investors have not seen since early summer.

According to crypto analyst agency Santiment, Ethereum's systematic return to this historically important level was accompanied by an increase in the number of unique addresses interacting on the blockchain network. As can be seen on the graph, the number of addresses has only grown since the last week of June, until at one point it reached a record high for all of 2022 with 546,000 active addresses per day.

🥳 #Ethereum has jumped above $1,800 for the first time in two months today. Powered by a steadily rising rate of unique addresses interacting on the $ETH network, continued recovery will depend on $BTC staying relatively stable, & mitigated trader #FOMO. https://t.co/3AA9doInbT pic.twitter.com/wskAzs4UBD

Ethereum seems to be taming a new wave of popularity, given the blockchain's status as a major newsmaker in recent weeks amid the impending transition to PoS consensus. Another on-chain analytics portal Glassnode reports that for the first time ever, open interest in ETH options exceeds open interest in BTC, and by more than $1.5 billion.

This appears to be a result of traders betting big with call options the Merge scheduled for mid-September.

This phenomenon is attributed to traders' expectations of strong ETH growth ahead of the September transition.

Nevertheless, despite a number of bullish signals, there are investors who still prefer to exit Ethereum as long as the sentiment around the coin is positive.

As one crypto trader noticed, there was a massive reduction in open long positions on ETH on Bitfinex, when on Aug. 8, a certain whale, in anticipation of tomorrow's inflation data, closed 230,000 ETH longs bought in early July at a price of $1,065. This is the first such reduction in longs since ETH was $4,500.