Denys Serhiichuk
Which coin can sustain the growth next week? 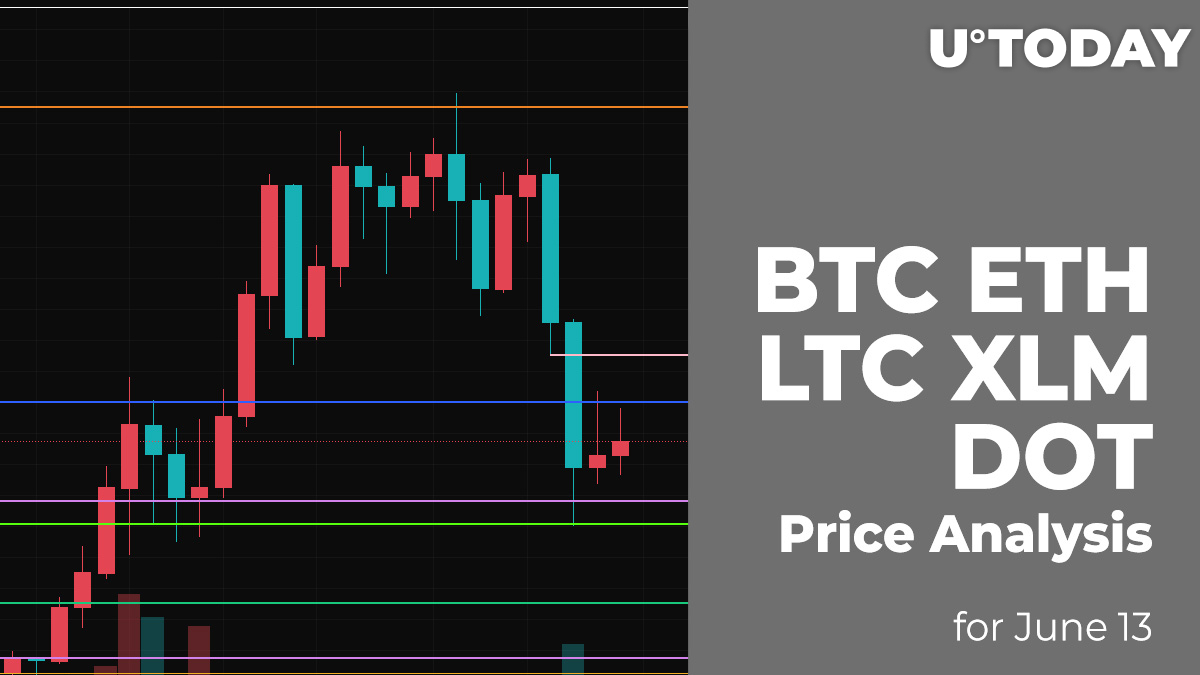 Bulls keep losing their positions to bears, with all top 10 coins being in the red zone.

The price of Bitcoin (BTC) has remained the same over the last seven days, including June 12.

Over the past week, Bitcoin (BTC) has been trading in the sideways range, with the accumulation pattern hinting at a further sharp move. The trading volume is going down which means that the chief crypto might come back to the nearest resistance around $40,000. The bearish scenario will come into play if it bears break the $32,000 and fixes below it.

Ethereum (ETH) has lost 12 percent of its price over the last seven days.

Ethereum (ETH) keeps located in the zone where most of the liquidity can be found, which means that traders have not accumulated enough power yet for another move.

A bull scenario is more likely at the moment. As long as the main altcoin doesn't drop below $2,200, there is a high chance of returning to $2,900 next week.

Litecoin (LTC) is not an exception, falling by 0.49 percent.

Litecoin (LTC) is trading similarly to Ethereum (ETH): the drop might have ended yet as the selling trading volume has declined to the minimum level. If buyers can gain footing above $180, it might be easy for them to retest the $193 level.

The price of Stellar (XLM) has declined by 15 percent since last week.

Stellar (XLM) has bounced off the support at $0.31, having confirmed the bulls' power. The trading volume has slightly reduced today, which means that the price may retest the zone of the most liquidity around $0.38.

Polkadot (DOT) has declined by 2 percent over the last day.

Polkadot (DOT) is trying to fix above the vital mark of $20. The trading volume has reduced, which means that a retest of the recently created mirror level at $22.08 may happen next week.