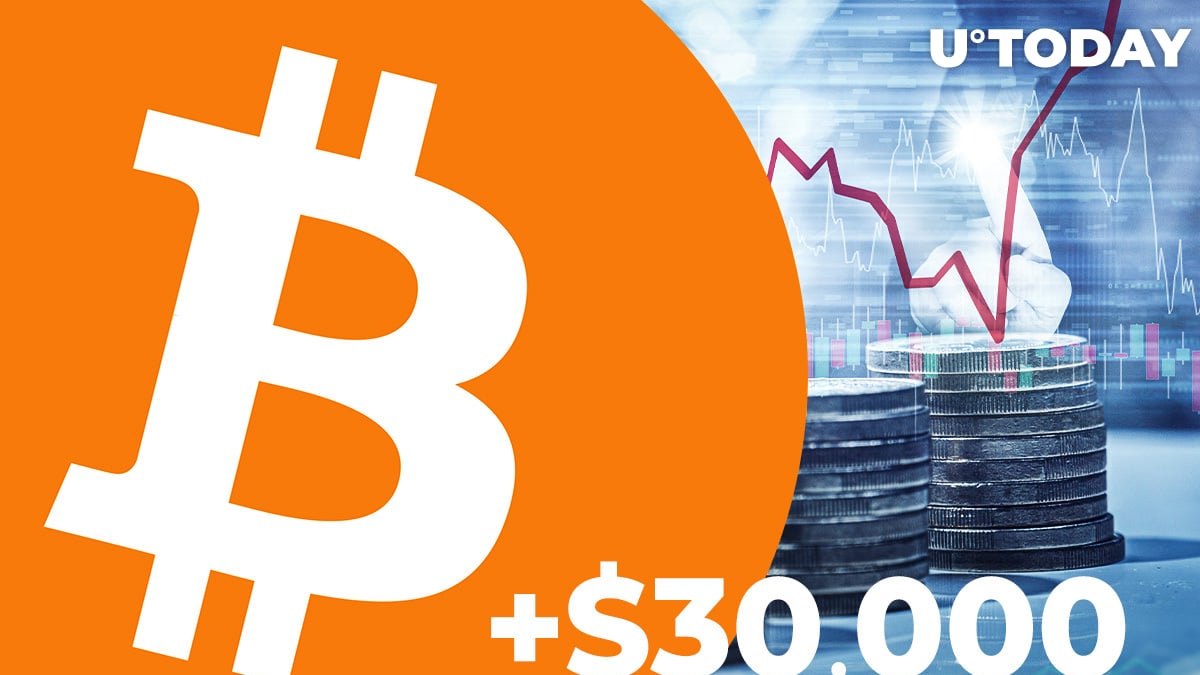 The ability to sustain above $30,000 favors Bitcoin vs. the Dow Jones Industrial Average, if past patterns are a guide.

The Dow rallied above 30,000 points for the first time on Nov. 24 after collapsing to 18,213 back in March due to the pandemic-induced market sell-off.

While the Dow and Bitcoin represent two different stories, some pundits believe that both Bitcoin and crypto are too overheated now, and it is unclear whether there is more room for growth.

However, according to McGlone, breaking away from the Dow would mark another major milestone for the world's largest cryptocurrency.

The same pattern played out in 2020 when Bitcoin managed to outstrip the tech-heavy Nasdaq index.

Related
Guggenheim's CIO Explains Why He Has Turned Bearish on Bitcoin After Predicting $400,000

As reported by U.Today, McGlone predicted that Bitcoin could potentially reach $50,000 this year. Unlike Guggenheim's Scott Minard, he mentioned that it was unlikely to revisit the $20,000 level this year.

In an October Bloomberg interview, the analyst mentioned that Bitcoin could reach six digits in two years:

The key thing about Bitcoin this year is very simple—it just added a one to the front of the number. Remember, it was around $7,000 at the end of last year. What I'm worried about—if you look at the past performance, which is potentially indicative of the future, the next year or two could add a zero to the back of the number.