Bitcoin Transactions Down, Does That Mean its Popularity is Also Shrinking? 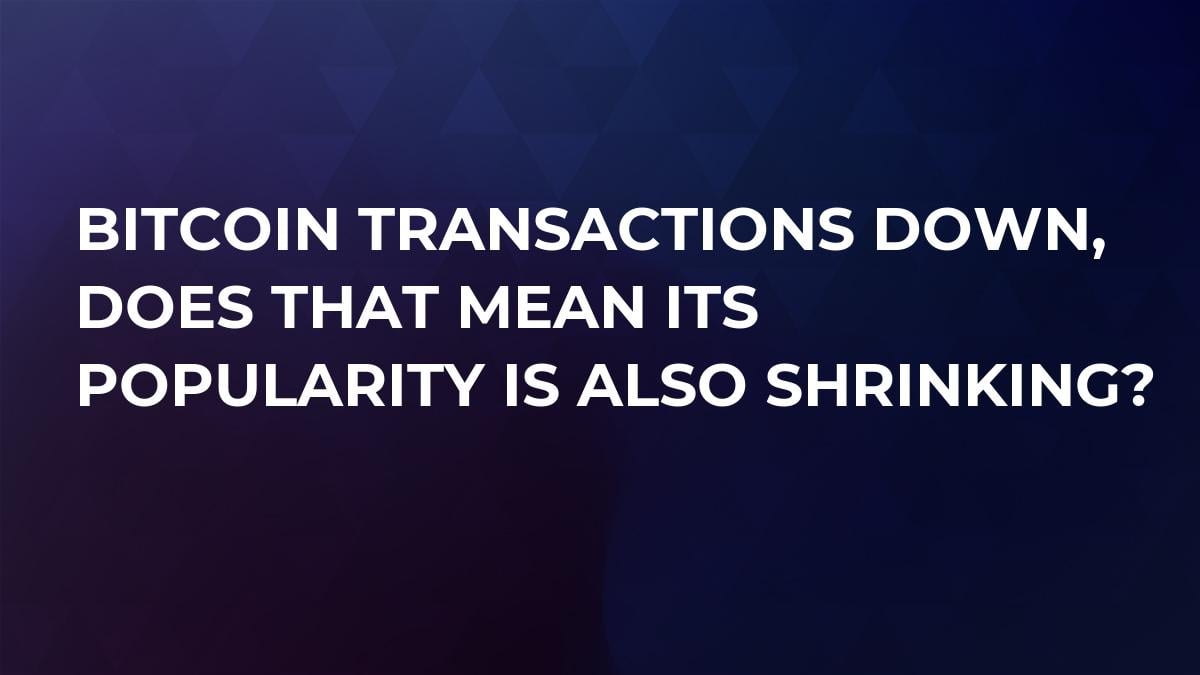 Since December, Bitcoin has seen a massive change in its value as its price slumped from a high of $20,000 getting as low as $6,800. The coin has recovered somewhat from that, but the number of transactions also came down with the price.

The average number of trades recorded daily has roughly dropped in half from those December highs. So, now in recovery, Bitcoin's Blockchain is less busy, which has its positives but is it endemic of a loss of popularity with the original cryptocurrency.

Price up, not transactions

The Bitcoin price is very volatile and if often subject to external factors like news and popular opinion. However, the trading volume, while linked to the price, usually moves in its own direction.

So, as Bitcoin’s price has recovered some 50 percent, there has not been that same recovery in the transactions. This could mean that the popularity of Bitcoin is down as other cryptocurrencies start to stake a claim in the overall market cap.

Bitcoin’s dominance of the market cap also slumped at the low in early February, getting down towards 30 percent. It now sits at around 40 percent having been at 60 and above as a medium.

Transactions plunged from a seven-day average of almost 400,000 in mid-December to about 200,000 this week, according to research firm Blockchain.info. The last time it was this low, the currency traded below $500.

Other options on the menu

Bitcoin has almost always been every new crypto user's first coin, but, once in the market, many are finding that there are a number of coins in which they can invest and use. There has been a rise in new users to cryptocurrency, mostly entering with Bitcoin, but they are maturing and exploring.

People once in the crypto market will come to realize that there are a number of other coins which are as stable and trustworthy as Bitcoin and can offer different alternatives. This often sees a two-way swing.

Bitcoin is sold for other currencies which not only takes away from Bitcoin transaction and dominance, it adds to the altcoins.

This ties in with the implementation of SegWit growing, helping that upgrade seem like a major success.

It will however all mean nothing if this loss of interest in Bitcoin continues though. There might not be another dominant coin really pushing to take over as the most widely known and accepted coin, but a real threat could break the original.