David Dinkins
Data suggests the current downtrend in Bitcoin’s price could be nearing an end, but there are also reasons to be skeptical. 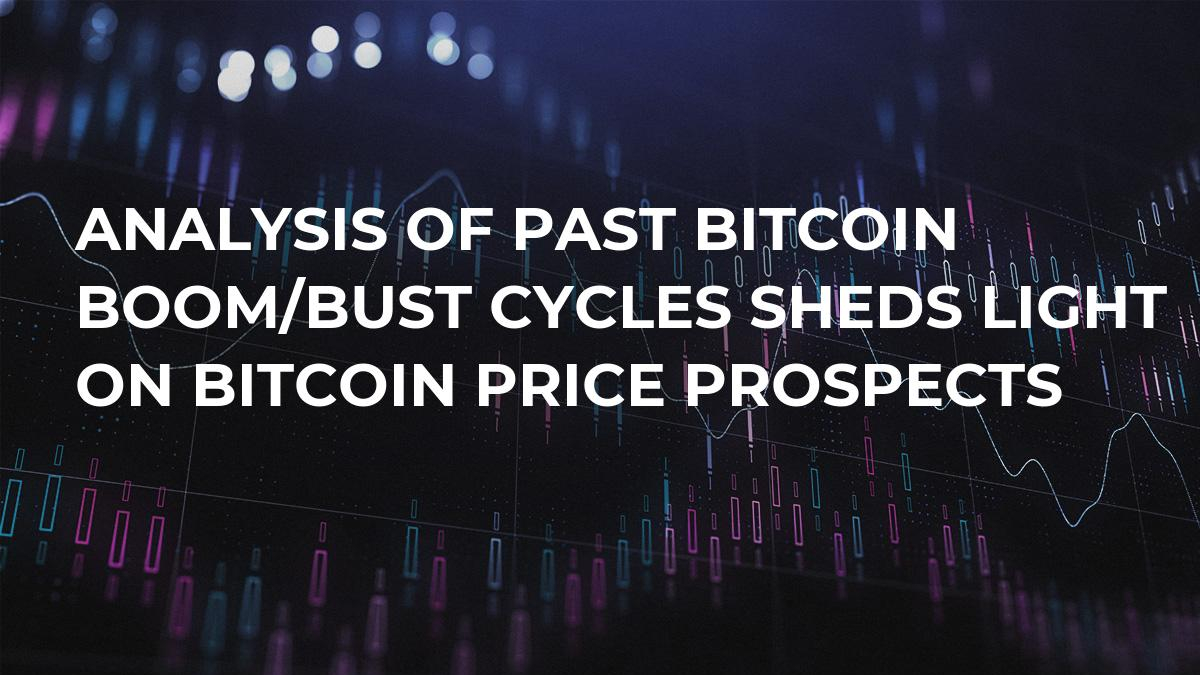 Though the Bitcoin market is presently in turmoil, with ups and downs that resemble a yo-yo, since the December peak of nearly $20,000, there’s clearly been a significant downtrend. Mainstream media keeps saying the bubble has popped, with many outlets predicting lows of less than $3,000. But it’s possible Bitcoin’s past boom-and-bust cycles might tell us something about the downtrend we’re presently in, and how long it could last.

Redditor DamonAndTheSea helpfully composed a list of Bitcoin’s bull/bear cycles and calculated the length of time before the downtrend on each cycle was broken; his data can be easily verified on any Bitcoin charting site. Excepting the crash following the November 2013 boom, the downtrend following each Bitcoin bubble lasted on average 89 days and saw an average decline from peak price of 62%.

The current decline has gone on for 93 days and at the early-February low of $5,800, the market had retraced 70% of its high. According to this data, if we go by historical averages, Bitcoin’s downtrend should be nearing an end.

The data for the period following the November 2013 bubble is skewed because of the collapse of Mt. Gox, the biggest Bitcoin exchange at the time. Hundreds of thousands of Bitcoins were stolen, laundered through BTC-e, and sold on the open market. This depressed prices for years - likely far longer than would have otherwise been the case. Mt. Gox likely skews the data significantly.

Nonetheless, if include the bear market that followed the late-2013 boom, with its 600-day downtrend, the averages shift somewhat. In that case, the average length of the downtrend becomes 217 days and an average decline of 68%.

By these numbers, there’s good reason to hope that Bitcoin’s bubble has in fact bust - and that the market can soon start trending upward again. But that’s not necessarily the case. With the limited data available - only four boom/bust cycles on record - it’s impossible to extract any statistically significant results.

Moreover, a number of things are different about 2017’s bubble:

Wall Street - With big banks and institutions now involved in the Bitcoin markets, they could keep the market depressed for awhile if they wanted. These investors have extremely deep pockets and can push the market around, should they choose. It would be expensive, and risky, but could be done.

High Volume - Previous bubbles have only involved a few thousand or tens of thousands of people pumping up the price on relatively low volume (by today’s standards). Even accounting for so-called “fake” volume, the crypto-market involved much more money, many more people and a great deal more mainstream media coverage than past bubbles. More people invested more money, meaning that as the bubble deflates, more people get burned. It could be awhile before your average Main Street investor trusts Bitcoin again.

Regulatory Attention - This goes along with the last point; because the bubble was so large and affected so many investors, it’s called greater regulatory scrutiny down on cryptocurrency. It remains to be seen how global regulators will act, as some are calling for restraint while others are going for the jugular.

Altcoin Boom - Previous crypto bubbles have been completely dominated by Bitcoin. This is the first bubble cycle that significantly involved altcoins, and it did so in a big way. Many altcoins saw their prices rise 150 times their January 2017 price. Ripple even pegged a 400x gain year-over-year. More people became involved by buying speculative ICO tokens or “cheap” altcoins that aren’t necessarily good long-term investments. As the altcoin sector inevitably contracts in the face of a bust, and many projects die, ordinary investors are going to find themselves burned even worse, and will be that much more reluctant to participate in any future price recoveries.